VIDEO: See RHUGT Trailer! Ramona Singer Tells Kenya “F**k You,” and Cynthia Feuds With Kenya, Plus Melissa Gets in Shouting Match With Teresa, and Dina Manzo Says She Was Asked to Join 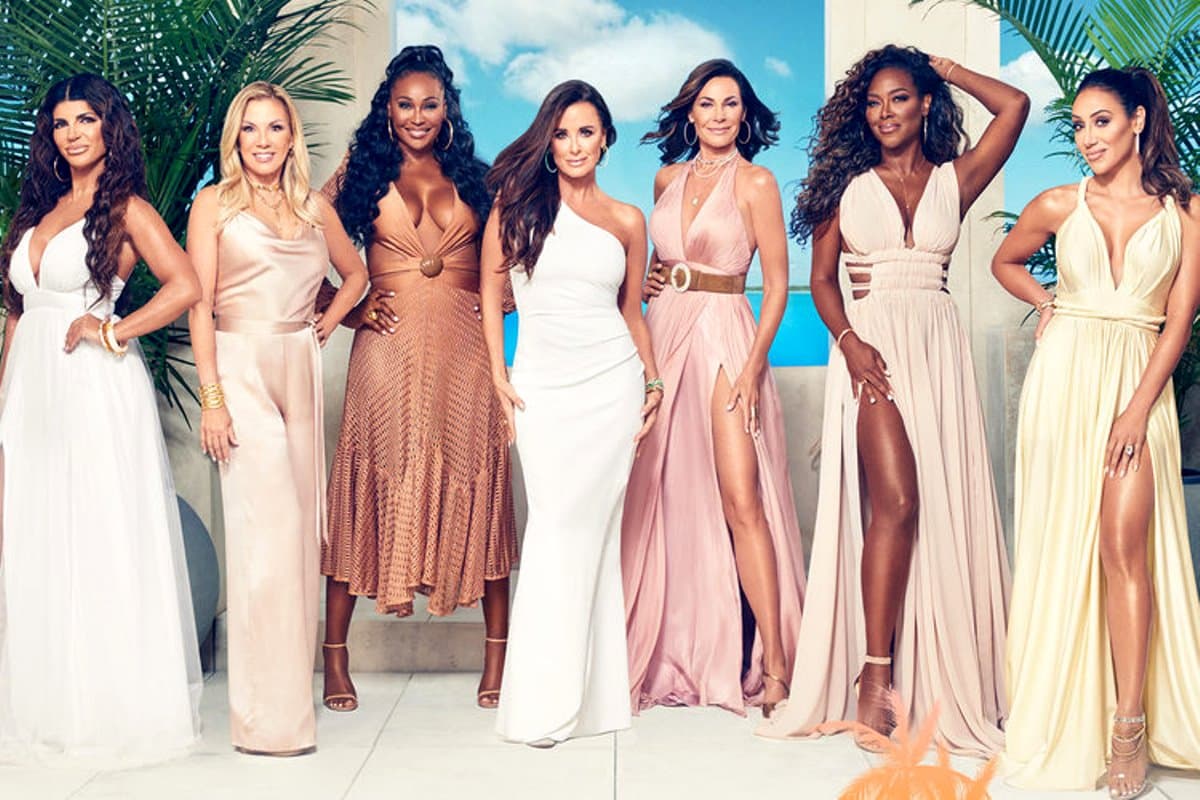 The Real Housewives: Ultimate Girls Trip is set to premiere on Peacock next month.

After a montage of the ladies’ best moments from their individual franchises, the group is seen getting to know one another on the tropical island while enjoying fun in the sun, spending time on a boat, and, of course, engaging in some heated drama.

As Ramona pees her pants and Teresa talks about having phone sex (likely with boyfriend Luis Ruelas), Luann straddles a mystery man to take a shot from his mouth. Then, after Cynthia admits to being annoyed with Kyle, Kyle tells her husband, Mauricio Umansky, that Ramona may not be the easiest person to deal with.

“They call her the Ramonacoaster, because she’s just all over the place,” Kyle explains in a low voice.

Elsewhere, Melissa and Teresa butt heads as they discuss their past falling out, and Melissa accuses Teresa of threatening Bravo with quitting after learning she and her husband Joe Gorga would be joining the series. Cynthia and Kenya also seem to butt heads over Ramona.

“Ramona’s not my friend, you’re my friend. So act like it,” Cynthia tells her RHOA castmate.

As the trailer nears its end, Luann calls a castmate “self-absorbed” as Teresa tells someone they’re not “a girl’s girl.” Plus, Ramona tells Kenya, “F-ck you.”

“What you’re not going to do is say f-ck you to me,” Kenya yells back. “Who the f-ck do you think you are, Ramona?”

In another scene, Melissa is seen yelling as she addresses her past feud with Teresa, stating: “She was like, ‘I’m not signing this paper if you cast my brother  and my sister.”

Just prior to the release of the trailer, former RHONJ cast member Dina Manzo confirmed she was asked to appear on the second, recently-filmed season of RHUGT but chose to turn the opportunity down.

In a screenshot shared by RHONJ Obsessed on Instagram, Dina was seen responding to a fan who asked her if she would ever agree to appear on the All-Star spinoff of the Real Housewives franchise.

“Fun fact I was asked to do the most recent one but the timing is just not right for me right now,” she replied. 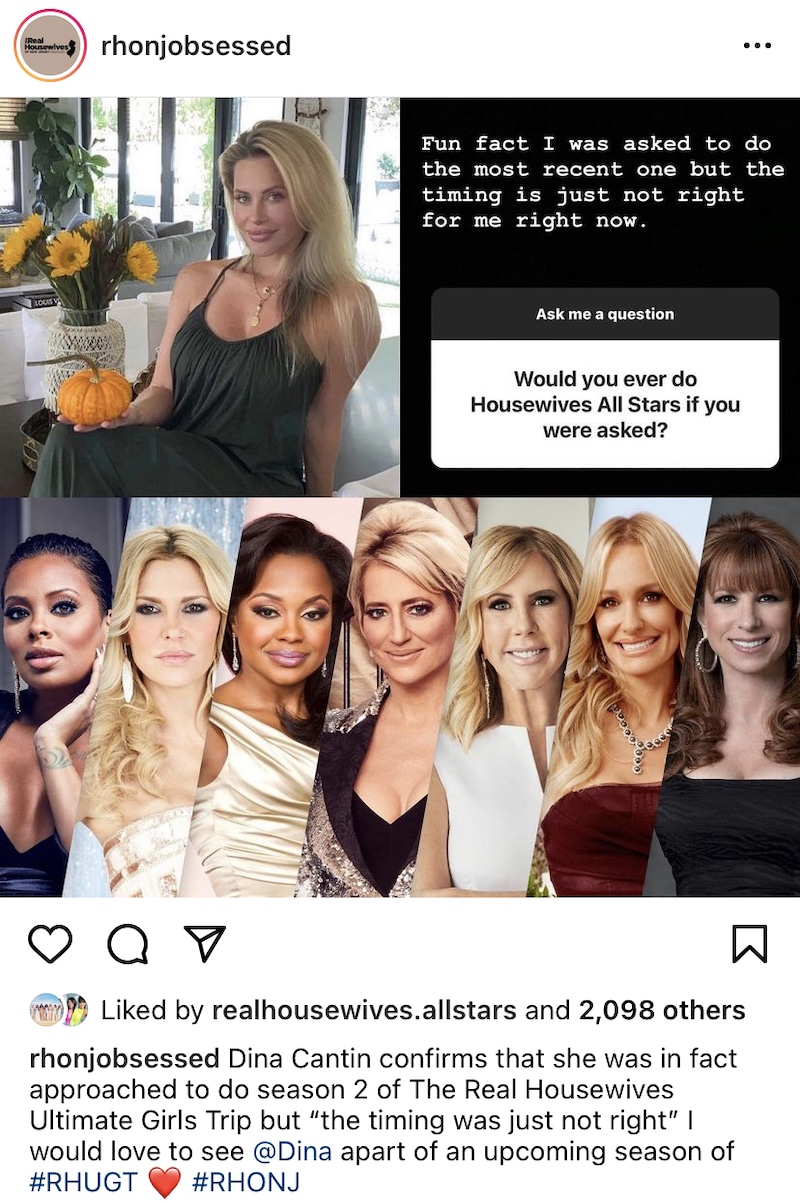