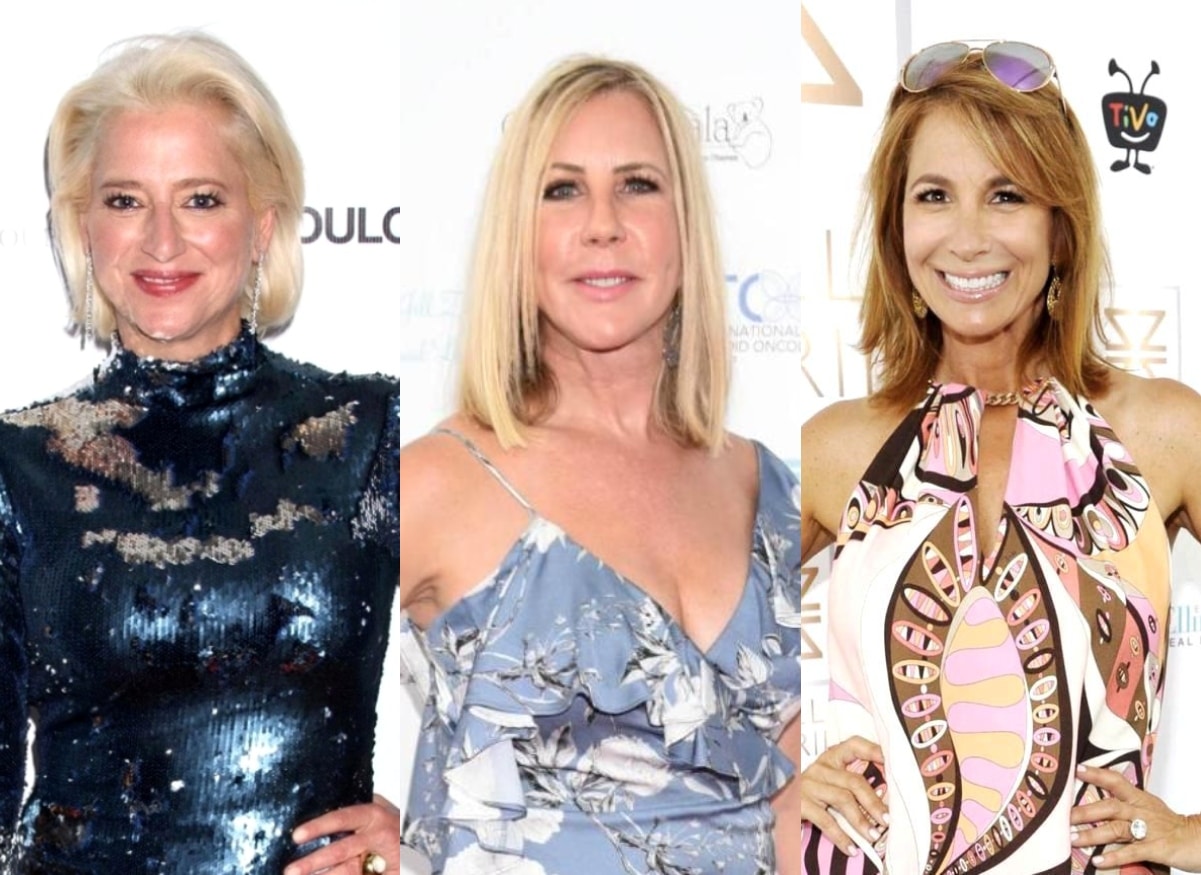 Real Housewives: Ultimate Girls Trip may sound like a fun concept, but with Real Housewives involved, there’s always going to be drama. And according to a new report, Real Housewives of New York City alum Dorinda Medley was caught in the middle of plenty during filming on the Peacock series’ second season.

“The drama started from the moment all the ladies got there. Everyone thought they’d be on their best behavior and ease into filming, but it but that’s not how it went,” a source told Hollywood Life on October 5.

According to the report, the group was surprised by the addition of Jill.

“The ladies didn’t know that Jill Zarin was there. Jill and Dorinda had major beef as did Dorinda and Vicki. There was a lot of fighting between all of them,” the source continued.

Because Vicki was “struggling” with the end of her engagement to Steve Lodge at the time that filming was taking place on RHUGT, one source said she “didn’t get along with anyone other than Tamra.” However, she was seen in what appeared to be a happy photo with Brandi, formerly of The Real Housewives of Beverly Hills, who allegedly shocked her castmates with her kind behavior.

“Brandi surprisingly got along with people and a lot of the girls were worried at first but she was far more gracious and kind than anyone would’ve imagined,” the source said.

According to a second report, shared by Us Weekly, the issues faced by the cast were “so big and so massively explosive that it was pure drama magic.” As an insider explained, the second season of the Housewives spinoff was much more “fun” because the new cast “brought their A-game.”

Another source told the magazine that because Vicki was so upset about her split from Steve, she “didn’t want to be at [Dorinda’s] house” and was “in terrible shape” amid filming.

“Steve broke up with Vicki while she was filming the [Real Housewives] spinoff show in the Berkshires,” the insider told the outlet in September. “After he told her this, she was traumatized. It ruined her.”