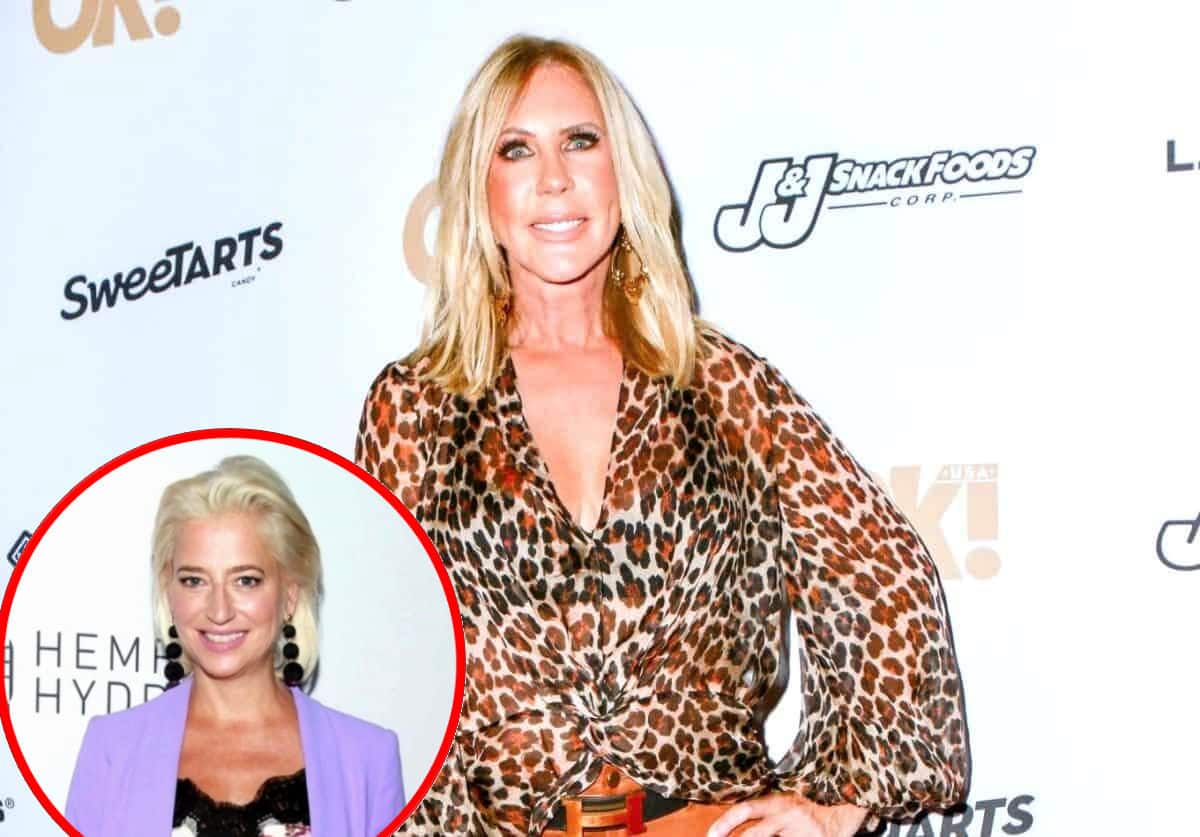 Vicki Gunvalson reportedly told her Real Housewives: Ultimate Girls Trip co-stars that they are going to die from the COVID-19 vaccine while filming season two of the Peacock series in The Berkshires earlier this month.

According to a new report, Vicki, 59, shocked her castmates with her controversial stance and feuded heavily with Real Housewives of New York City alum Dorinda Medley amid filming before heading to the Big Apple, where she was caught drinking maskless with Tamra Judge.

“She wouldn’t stop fighting about the shot and really got into it with Dorinda. Vicki told Dorinda that everyone who got the vaccine is going to die,” an insider told Page Six of the Real Housewives of Orange County alum on September 25, adding that Vicki’s point of view has “nothing to do with religious reasons.”

“She just kept saying, ‘Everyone who got the vaccine is going to die!’” the source continued.

While there were several spats between castmates amid filming, it was Vicki and Dorinda’s ongoing feud over the vaccine, which is FDA-approved and known to protect from emerging variants, that stood out the most.

“It will likely be a big storyline. The show is going to be incredible. They captured great stuff,” another insider shared as a third claimed Eva Marcille, 36, did her best to mediate.

As Real Housewives fans may recall, Vicki was rumored to have contracted COVID-19 earlier this month. However, at the time, she denied any such thing to the Daily Mail.

“You’re not writing a story about an unknown cold I have,” she said. “My medical information is not public.”

Vicki also said that because of “underlying issues,” which have previously led to blood clots, she has not been vaccinated.

“I cannot get the vaccine,” she explained. “I’ve got blood clots. I have a health exemption.”

Despite not being vaccinated, Vicki was seen maskless with Tamra, 54, on September 23 in New York City, where a mandate requires patrons to provide vaccination cards with proof of ID.