Home Real Housewives of New Jersey News RHONJ: Jacqueline Laurita on Where She Stands With Teresa Giudice and Thoughts on Her Spreading Evan Cheating Rumor 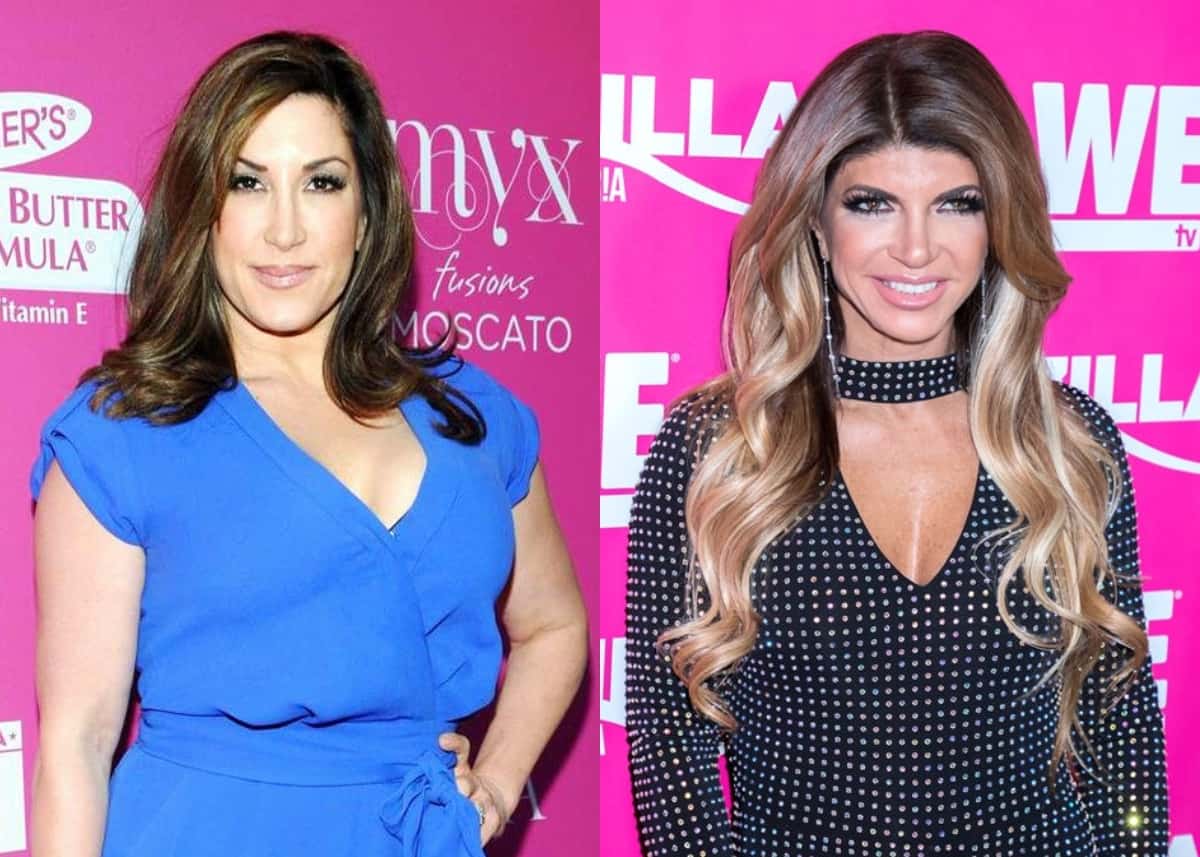 Jacqueline Laurita is reacting to Teresa Giudice‘s rumor-spreading behavior on The Real Housewives of New Jersey season 11 during a podcast appearance earlier this week.

After first revealing where she stands with Teresa today, Jacqueline admitted to having suspicions that Teresa made up the rumor suggesting Jackie Goldschneider‘s husband, Evan Goldschneider, was cheating on her at the gym before addressing rumors against Joe Gorga and his business.

“Teresa never really forgives when she thinks that someone’s hurt her,” Jacqueline explained of her current status with Teresa on the June 9 episode of the #NoFilter With Zack Peter podcast. “I don’t know how many times when we’ve had this sit-down, where it’s like, let’s put the past behind us. And then something happens. I don’t know what she thinks I did to her because she’s said things that she knows aren’t true.”

According to Jacqueline, she understood where Jackie was coming from during the premiere episode of RHONJ season 11, which featured her confronting Teresa about the rumor regarding her husband.

“She either made it up or heard it. What I think upset Jackie was, [Teresa] took that rumor and [she] made it into a storyline. And I think that’s what [Jackie] was trying to say to Teresa, like, ‘I hear stuff, maybe, maybe not, about you, your family, your kids, but I don’t talk about it on the show because it becomes a storyline,'” Jacqueline explained. “I think she was giving Teresa a taste of her own medicine.”

Although Jacqueline empathized with Jackie as she endured the false report about her husband, she added that the action she took against Teresa, her analogy about a false rumor suggesting Gia Giudice was using drugs, wasn’t appropriate.

“It was a bad analogy because it planted a seed,” Jacqueline noted.

Jacqueline went on to say that it was quite clear that Teresa spread the rumor about Evan because she wanted the hurtful claim to serve as a storyline for the season.

Also, during the podcast appearance, Jacqueline confirmed she had heard Joe was allegedly failing to pay his contractors before former “friend” Michelle Pais made the claims against him on the show.

“I’ve heard those rumors many years. But then I — I think I had this talk with Joe before about the rumors actually a long time ago, and the way he was trying to explain it to me was when you’re in the business he’s in — this is what Melissa would tell me — when you’re in the business he’s in, in contracting, or construction, or whatever, you hire people to do jobs and if they don’t do the job right, then maybe you don’t pay them,” Jacqueline stated.

“Those rumors have been around for a very long time. I don’t know if they’re true or not,” she added.