Home Real Housewives of New Jersey News Michelle Pais Confirms She Will Not Return to RHONJ Next Season, Explains Real Reason Behind the Decision, and Teases Her Own Show 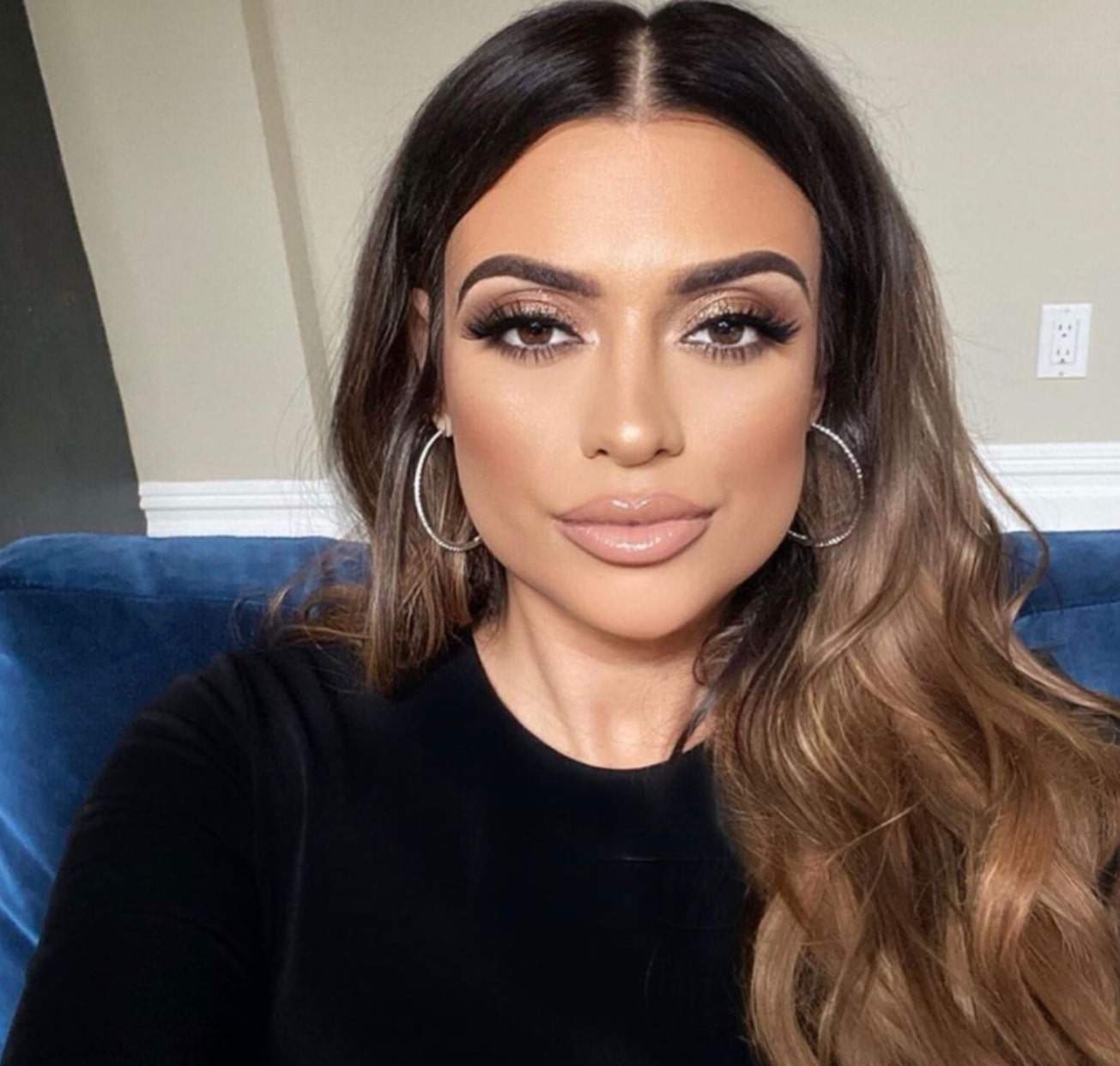 Michelle Pais is leaving the Real Housewives of New Jersey cast after appearing as a “friend” for just one season.

In a series of posts shared to her Instagram Stories during a Q&A with her fans and followers, Michelle confirmed her exit from the Bravo reality show before explaining the reason behind her departure and speaking of her “own show.”

“Why don’t you post about you being on RHONJ?” a fan asked Michelle on April 16, via a series of screenshots shared by the Real Housewives Franchise on Instagram.

“Because I didn’t enjoy filming or the show. That experience wasn’t what I expected,” she explained. 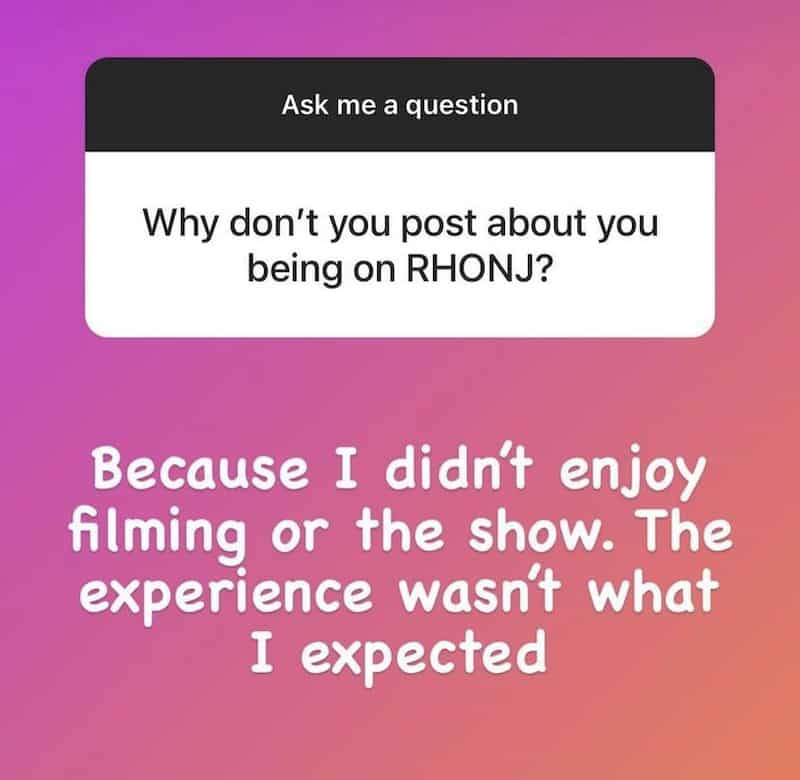 Then, a second fan wondered, “Why didn’t you like being on RHONJ?”

Michelle responded that there was “too much drama.”

“I had a hard time relating. I wasn’t in my element,” she stated. 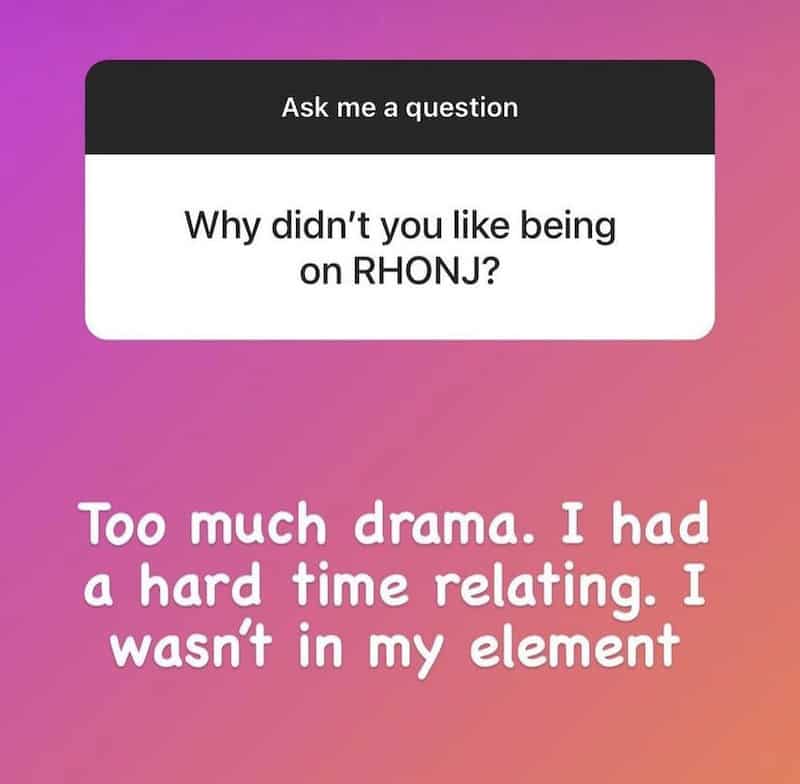 In another post, after being asked, “Will you be returning on RHONJ,” Michelle mentioned a new show.

“No we are not,” she responded. “We are in the middle of filming for our own show. Stay tuned.” 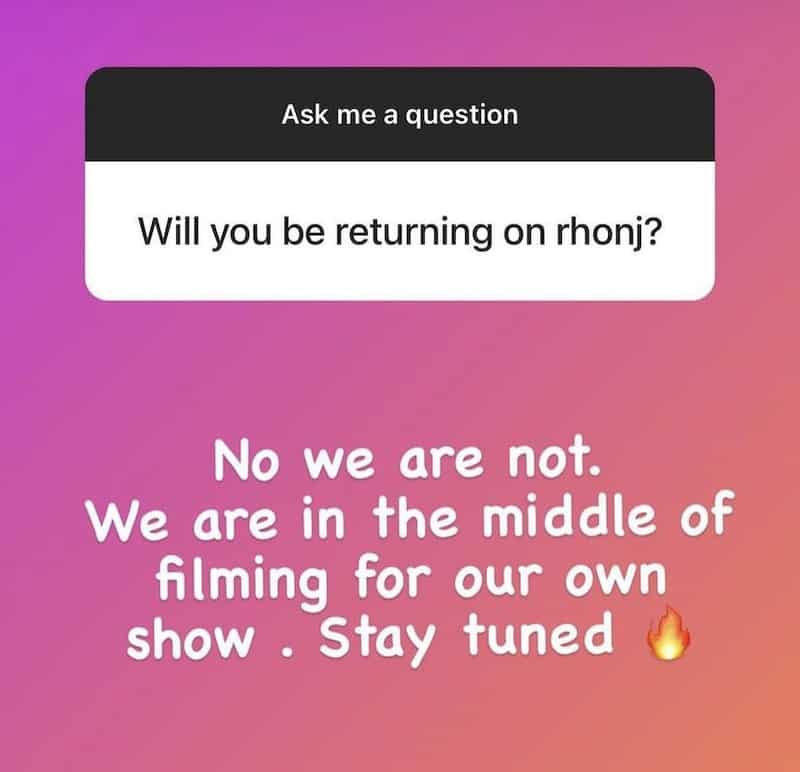 Michelle’s announcement comes just weeks after her co-star Jackie Goldschneider suggested she had lost interest in filming the series after initially being excited about her addition to the cast.

“She did film a fair amount. She came in with a lot of drama [and] started off really, really wanting to be on the show. I’m not sure what happened along the way,” Jackie admitted.

During her short-lived stint on the show, Michelle made waves by suggesting Joe Gorga owed money to her husband, Jonathan Steingraber, which both Joe and his wife, Melissa Gorga, denied.