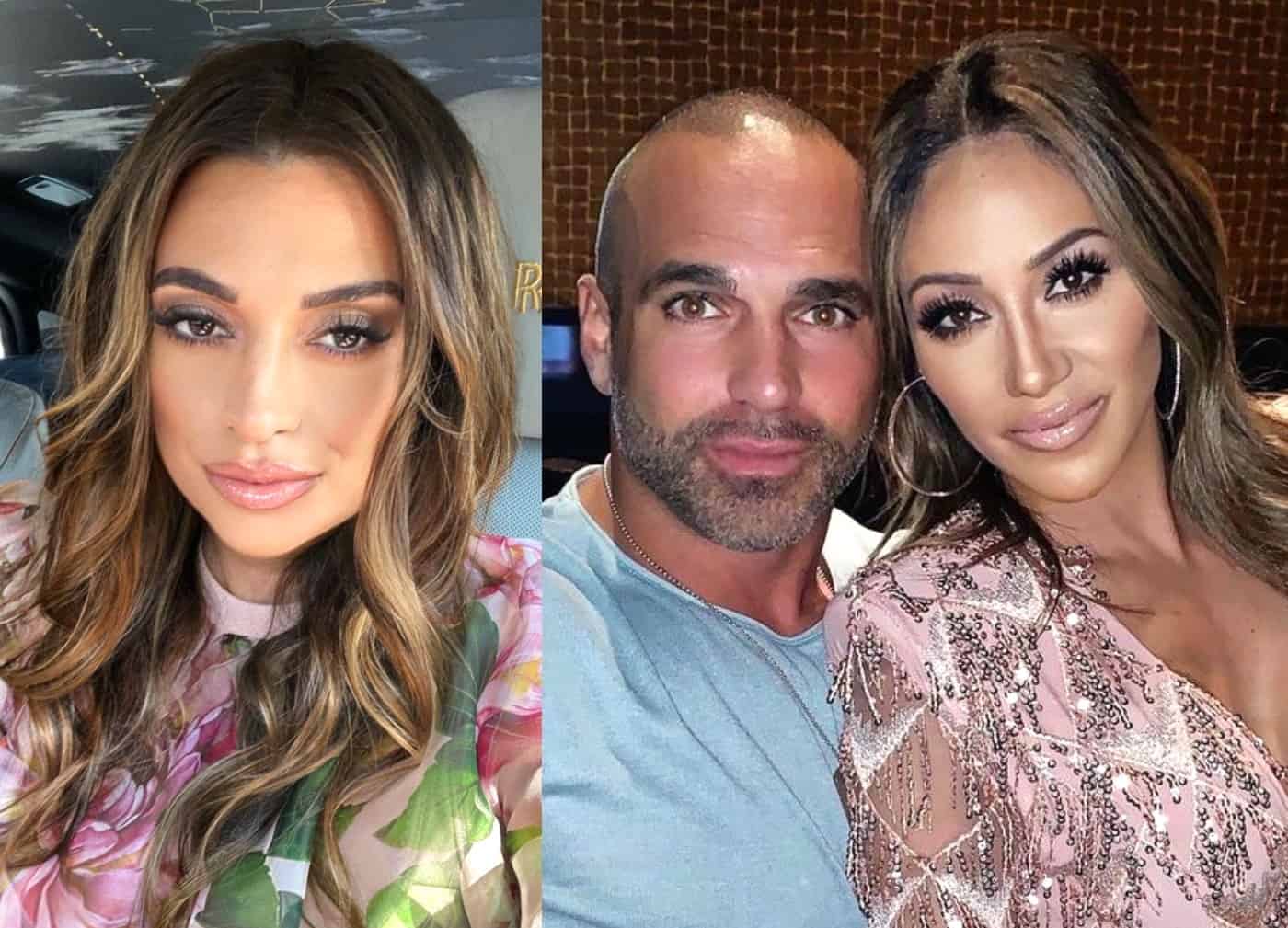 Michelle Pais is coming in hot on next week’s new episode of The Real Housewives of New Jersey.

In a sneak peek at the upcoming drama of the series, the new “friend” is seen telling Jennifer Aydin that Melissa Gorga‘s husband, Joe Gorga, owes her husband, Jonathan Steingraber, a lot of money as Jennifer revealed that she’s heard similar stories about Joe in the past.

“So, my husband and Joe were working on this event and Joe didn’t pay my husband,” Michelle tells Jennifer in the preview clip.

“How much do you think he owes your husband?” Jennifer asks.

When Jennifer later sits down with Dolores Catania, who had taken note that Jennifer and Michelle had gotten along, she reveals what Michelle told her.

“Yeah, we did. And um, she told me about Joe owing her husband money,” Jennifer shares.

In her RHONJ confessional, Jennifer tells the cameras that while she typically ignores “idle gossip,” she’s been hearing some questionable things about the father-of-three.

As Jennifer’s conversation with Dolores continues, Jennifer further details what exactly she had learned from Michelle.

“When I was talking to Michelle, she told me that her husband did some kind of motivational speaking at [Grow With Gorga] and he never paid him the money that he owed him. Those are pretty big accusations,” she states.

Jennifer then tells Dolores that because she and Melissa “just f*cking made up,” she worried that if she tells her what Michelle said, she’ll “flip.”

“Here’s the problem,” Dolores responds. “If she goes and tells somebody she did that and you didn’t run back and tell her…”