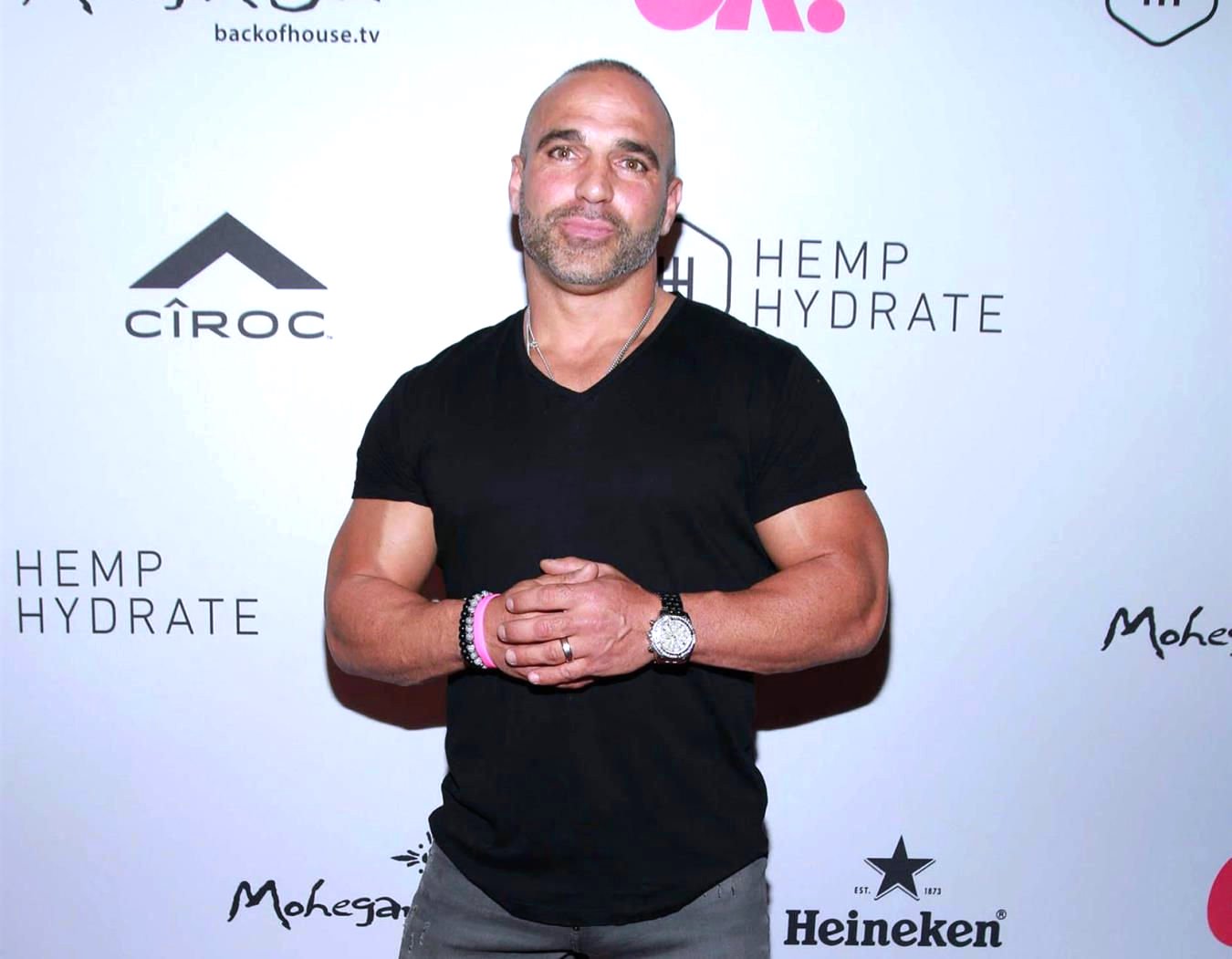 Joe Gorga is doing his best to shut down claims of fraud after being caught sharing phony “before” and “after” photos of a home he claimed to have flipped but didn’t actually own.

After being called out by several fans on Instagram, who accused the Real Housewives of New Jersey cast member of fraud and slammed him for faking his flips, Joe clapped back by taking aim at his critics’ negativity and suggesting the post he shared days ago was “wrong.”

“I started as a young kid from the hood with NOTHING! 25 years later, here I am – I have built an EMPIRE developing monster buildings,” Joe wrote in the caption of a February 17 post. “The size of my deals may have gotten bigger, but the size of my HEAD stayed the same – same young humble kid from the hood. Respect is one of those things money can’t buy. Never forget where you came from!”

In the comments section of his message, Joe, the husband of RHONJ‘s Melissa Gorga, was met with backlash over a post he shared earlier this week.

“Stealing other people’s intellectual property and claiming it as your work is NOT being raised properly,” one person said.

“[You’re] wrong,” he replied, according to a screenshot shared by the Real Housewives Franchise on Instagram. “I don’t need to steal. 25 yrs of flipping. The post went out wrong. Stop being gross and negative.” 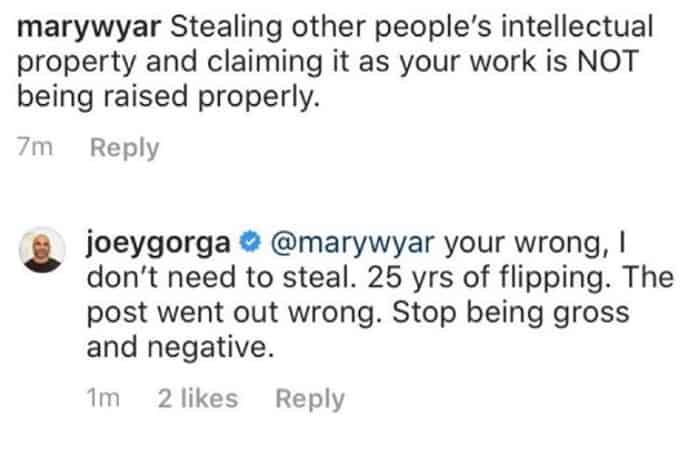 Joe shared a couple of “before” and “after” photos on his Instagram page days ago but quickly deleted the post after being called out by the owner of the “after” home.

“So what do you have to say about the house flip fraud post you took down? Don’t get me wrong, I’m a fan of yours and Melissas. But that’s shady. What’s up with that?” wondered a second Instagram user.

“It was not shady, the post was wrong. I Funded the project. 25 yrs of flipping,” Joe insisted. 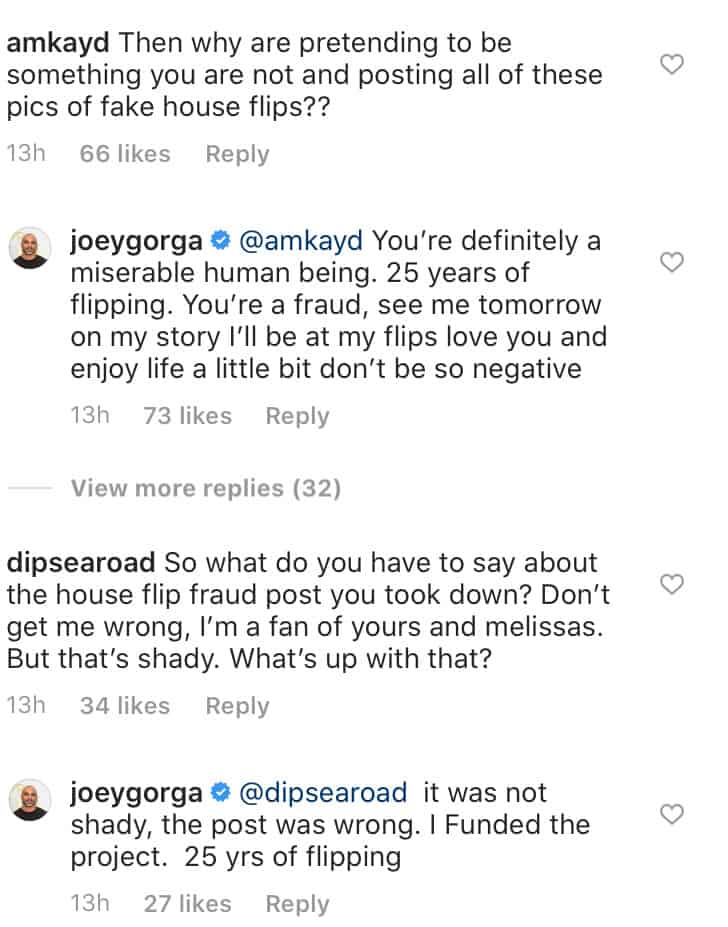 While Joe has suggested that the post in question was a simple mistake, he has since been called out for a number of other potentially fraudulent posts on Twitter that seem to suggest Joe may be stealing images from search engines to promote his house-flipping business.

#BravoHistorian on IG did all the investigative work and Joey is not looking good… #rhonj pic.twitter.com/EO6w1D6onI