Home Real Housewives of New Jersey News Woman Accuses Joe Gorga of Using Fake ‘Before’ and ‘After’ Photos to Promote His House-Flipping Business, Claims RHONJ Star Used Photo of Her Home Without Ever Working on It, See Joe’s Deleted Post

Woman Accuses Joe Gorga of Using Fake ‘Before’ and ‘After’ Photos to Promote His House-Flipping Business, Claims RHONJ Star Used Photo of Her Home Without Ever Working on It, See Joe’s Deleted Post 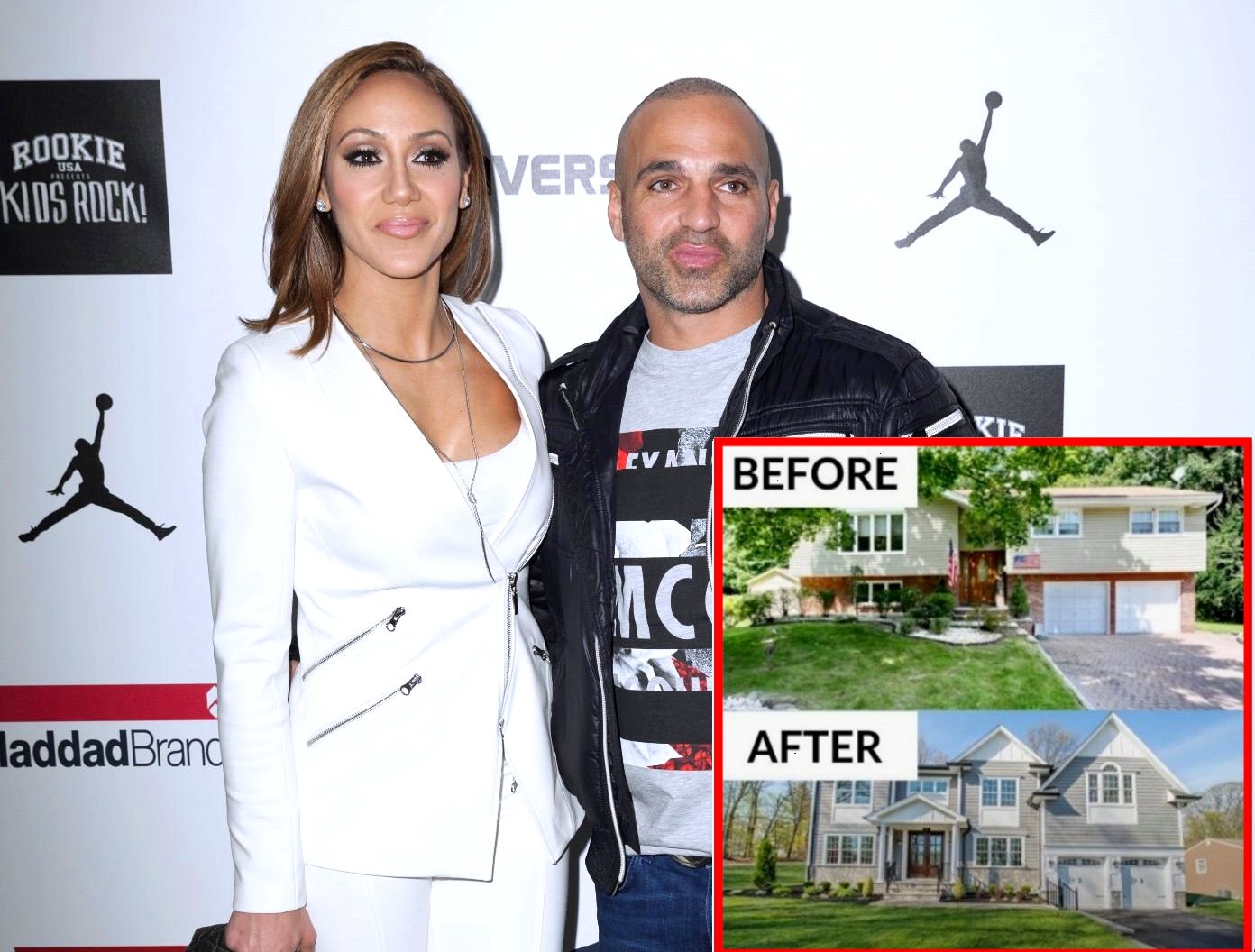 Joe Gorga appears to have just been caught in a major lie.

After the Real Housewives of New Jersey star and husband of cast member Melissa Gorga shared “before” and “after” photos of a home he claimed to have flipped, the woman who owns the Park Ridge, New Jersey “after” home publicly called him out for sharing a completely fake post.

On February 17, Caley Svensson shared a screenshot on her Instagram Stories in which she revealed herself as the owner of the “after” house. 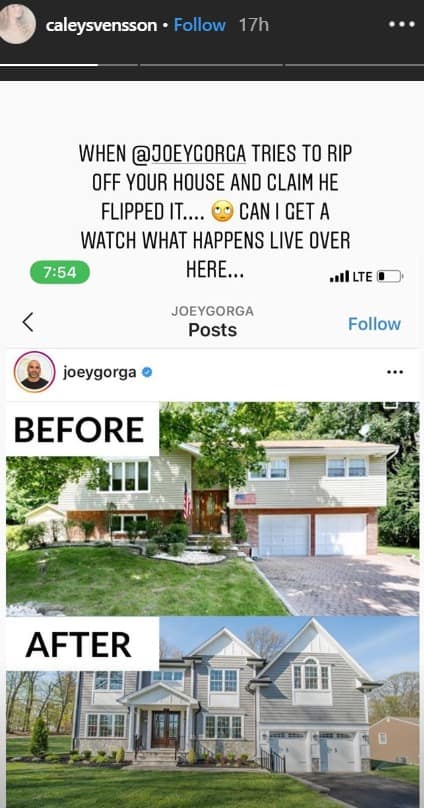 In an interview with Page Six on Monday, Caley, who was confirmed to be the home’s owner through property records, said she found Joe’s post to be “really strange” after a friend tagged her as he attempted to convince his followers that it was one of his flips. Caley also revealed the “before” home is actually located at a different address in her same town.

Caley and her husband bought the home Joe claimed to have flipped in December 2018 from a builder who built the home “from the ground up” after it was “totally demolished.”

“[It has a] new basement and everything. It was not a ‘flip,’” she shared. 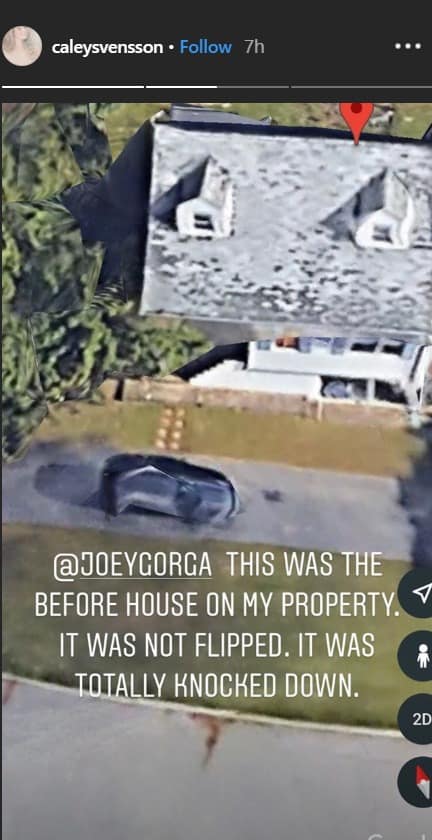 In his initial post of the home’s supposed “before” and “after” photos, Joe wrote, “Look at this flip worth $1.9m. Took me 6 months to turn this around. Ripped off the roof & added to the second floor. I think I might move in.” 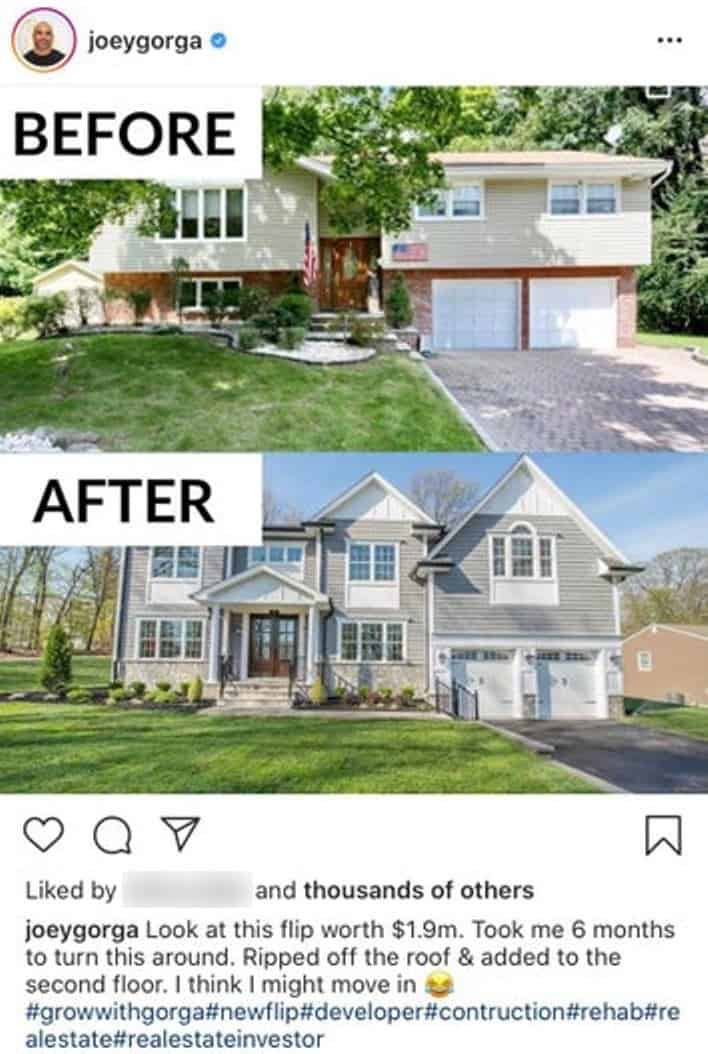 As soon as Joe shared this post, several of his fans and followers expressed suspicions about what he had actually done. Many suggested that the home would have needed to be completely torn down in order for certain changes to be made.

“Must of ripped out the first floor also to make a bi level a colonial,” one person said.

While Joe, who released a memoir called The Gorga Guide To Success, last year, briefly deleted his Instagram account, it is now back up and running but the posts about this “home flip” are missing from his page.

According to the report, the “before” home is currently listed on Realtor.com as “recently sold” and has a completely different address than Caley and her husband’s “after” home. Caley has contacted her builder’s lawyer and is considering legal action.