RHONJ’s Teresa Giudice Reveals Her One Regret With Caroline Manzo, If She’s Open to Reconciling With Jacqueline Laurita as She Compares Their Falling Out to a “Bad Divorce”

by Lindsay Cronin May 13, 2021 101 comments
ShareTweetWhatsappPinterestRedditTumblrMailFlipboard 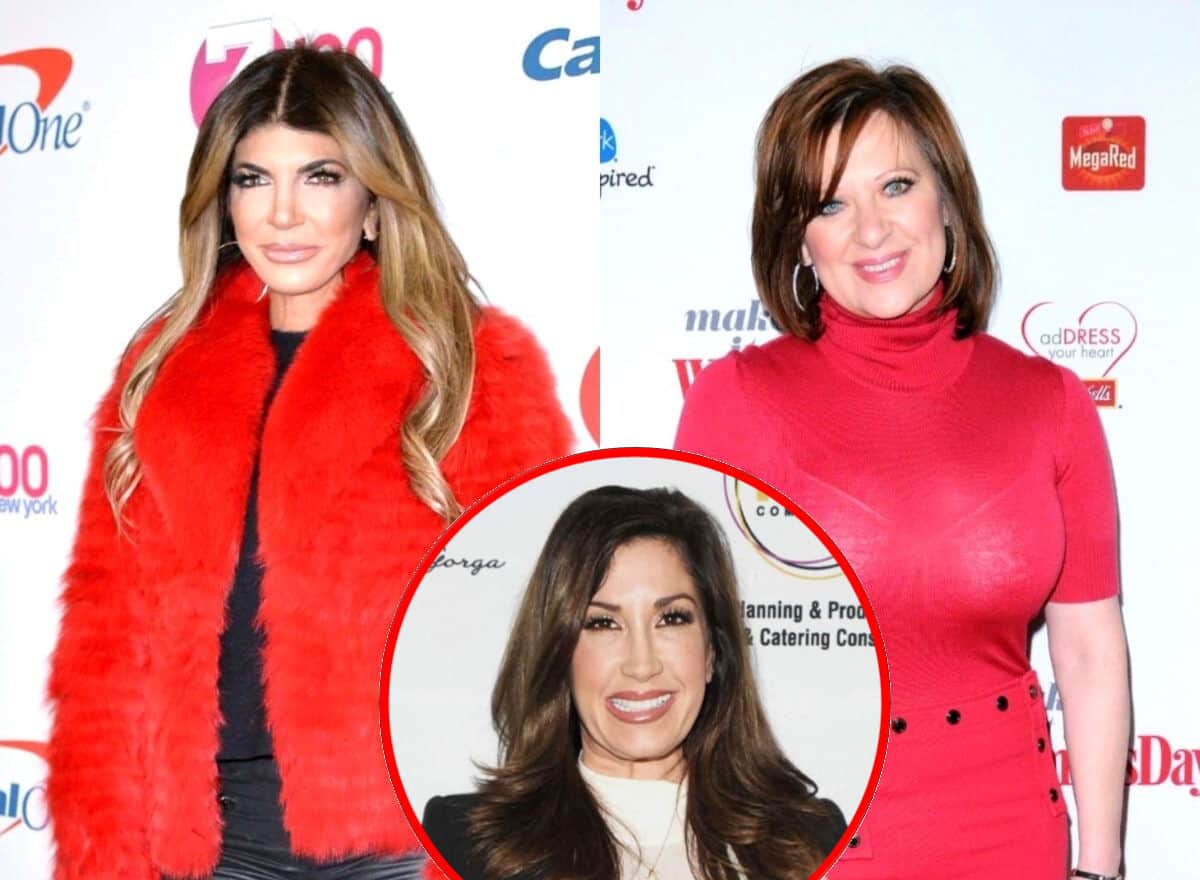 Teresa Giudice is speaking out about two of her former co-stars.

Years after Caroline Manzo and Jacqueline Laurita left their full-time roles on the Real Housewives of New Jersey, the mother-of-four looked back on a moment she regrets with Caroline and admitted she’s open to a potential reconciliation with Jacqueline.

In a segment during her May 12 appearance on Watch What Happens Live, Teresa was asked to rank her behavior from one to 10, with 10 being the craziest, and Teresa admitted that her “blubber” comment to Caroline at the season four reunion was out of line.

“I didn’t care for this one because it was like fat-shaming and Teresa doesn’t either. Teresa, you feel bad about that one?” Andy Cohen asked.

“Yes, I do,” Teresa replied as she rated her behavior a four out of 10.

As for Teresa’s comments about Jacqueline, they were made during the WWHL: After Show after a fan wanted to know if she’d ever take a call from her former best friend.

“Um, I guess I would,” Teresa explained.

Although Teresa and Jacqueline haven’t been close for many years, Teresa still has a special place for the former RHONJ star in her heart.

“She was my best friend,” Teresa noted.

“And that was really traumatic for me, it really was,” she continued of their falling out, which came amid comments about Joe Giudice‘s alleged cheating and legal drama. “I felt betrayed and that really hurt me really bad. It was a really bad divorce. It was like a divorce from a friendship. But I’m over that now. It’s been so many years.”

When Teresa was then asked if she’d ever meet up with Jacqueline for drinks in Las Vegas, where she now resides, Teresa confirmed she would.

The Real Housewives of New Jersey season 11 reunion begins next Wednesday night, May 19, at 9/8c