RHONJ’s Teresa Giudice Says She Would “Love To Beat the S–t Out of” Jacqueline Laurita! See Jacqueline’s Response 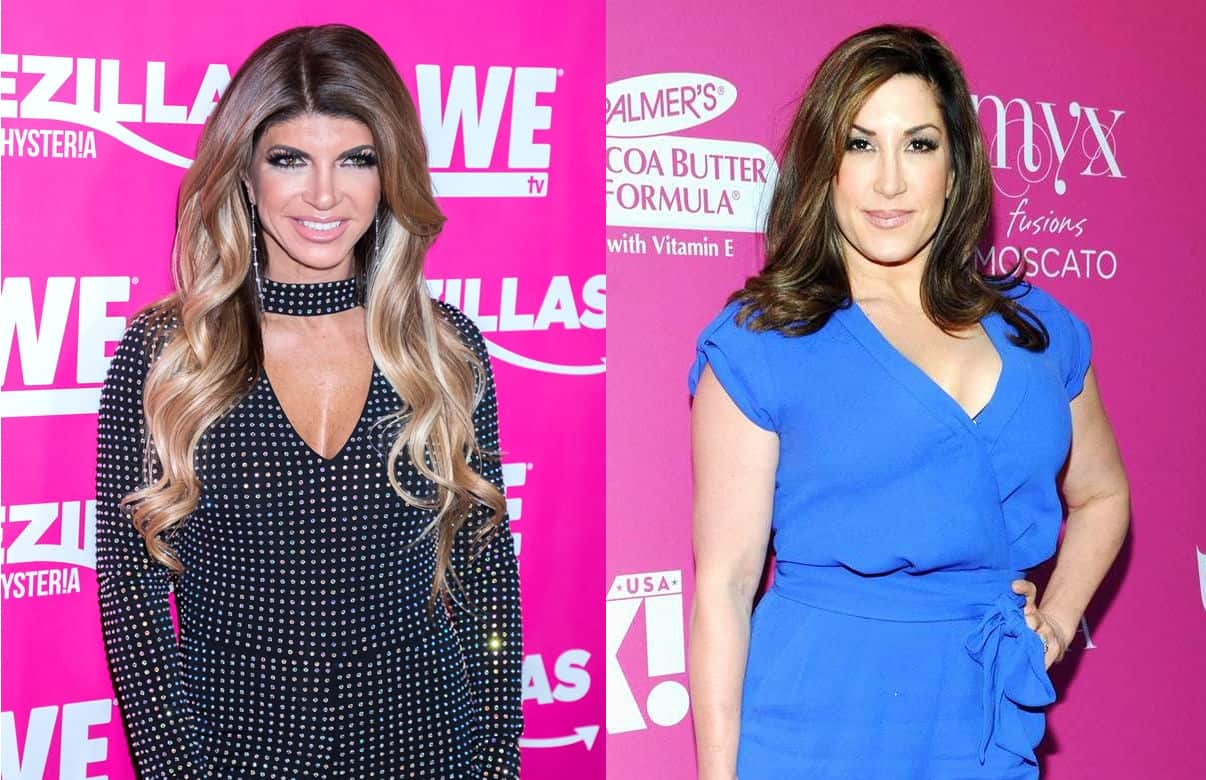 Jacqueline Laurita might no longer be on the Real Housewives of New Jersey, but her feud with Teresa Giudice rages on!

The latest drama started when Teresa actually made a threat against Jacqueline during a recent public event.

While appearing at NBC’s Health & Fitness Expo in Washington, DC as a guest speaker, an audience member asked Teresa who she would rather be stuck on an elevator with – Jacqueline or Kim D.?

Teresa laughed and responded, “Probably Jacqueline, because I would want to beat the s–t out of her.” Wowzers. A video of that exchange is below.

And of course, many RHONJ fans tweeted Teresa’s comments to Jacqueline who didn’t take too well to the threat.

Jacqueline responded by tweeting, “Don’t worry, she wouldn’t be able to. ?.”

Somewhere I imagine a RHONJ producer is plotting on how to get those two ladies together in an elevator! With Bravo cameras present of course.

It was previously rumored that Jacqueline, alongside Caroline Manzo, might be making a return to the RHONJ but that rumor has since been shot down.

During the same event, Teresa also revealed filming on the new season will start on March 20 according to the BravoIsLife Twitter feed. She confirmed there will be two new women on the show as previously reported (you can meet them here) and said one of them will be promoted to a full time housewife as filming goes on.