RHONJ’s Teresa Giudice Trashes Caroline Manzo! Calls Her “Evil” & “Money Hungry”! Says She Tried to Take Her and Joe Down 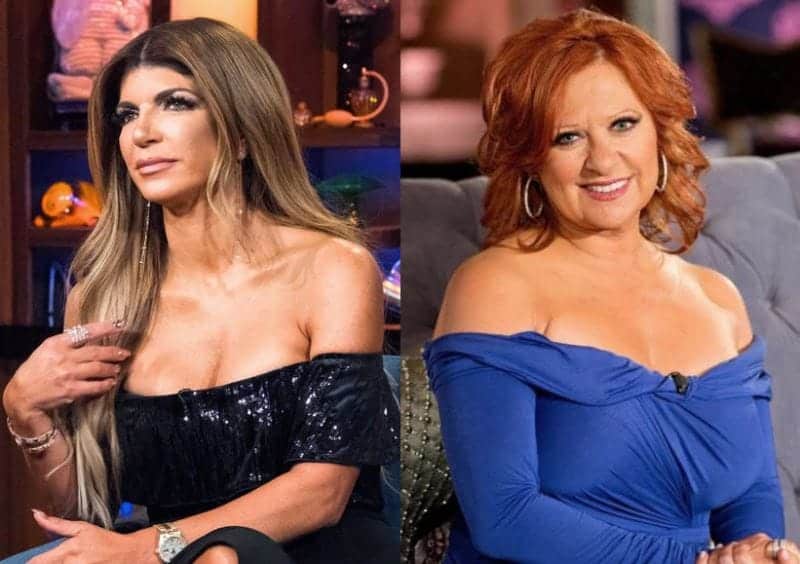 With each passing day, the whispers that Caroline Manzo and Jacqueline Laurita might be returning to the Real Housewives of New Jersey next season continue to get louder. And now Teresa Giudice is speaking out about their possible return by making it very clear there’s no love lost.

Teresa just gave a new interview in which she slams both ladies but saves her absolute worst for Caroline. She calls Caroline a “money hungry b***h”, a “nasty” person and even makes the shocking allegation that Caroline might have been behind her and husband Joe Giudice getting in trouble with the authorities. Yes for reals!

In an interview with E! News, Teresa first disses both of her former castmates and even claims the only reason they would return to the show is because they need the moola.

“Maybe if they both come back it’s because they need the money,” said Teresa. “But, I mean, whatever, bring it on. I could give two s—ts if they come back. Do I want to reconcile being friends with them again? No. They’re both evil people and I really don’t want anything to do with evil people. I don’t, but if I have to give them a piece of my mind I will.”

And then the rest of the interview turned into Teresa just completely trashing Caroline, who she says befriended her family with ulterior motives.

Teresa stated, “They’re just nasty people. Like the stuff that Caroline said about me. It’s like for what? I’ve never done anything to her. And like her jumping on the bandwagon with my family and trying to be all buddy buddy with them… And now she doesn’t even talk to them anymore. So it’s just like she just did it for the show. And she’s just a money hungry b***h.”

The topic then turned to Caroline’s prediction from years ago that Teresa would go to prison, write a memoir

, and ultimately divorce Joe. That prediction really hit a nerve with Teresa because two out of three came to fruition, and according to the rumor mill, the divorce part might be coming soon as well.

“You know she did tell people that I was going to write a memoir, which ended up being a New York Times best seller. Thank you Caroline. But how did she even know I was going to write a memoir?” asked Teresa. “She like predicted my future. And it’s like how did she predict my future? Maybe because her hands was in the pot of trying to take Joe and I down which to me is pretty sad. But you know everyone says what comes around goes around.”

Yes, Teresa just went there. She just implied Caroline might have had a hand in her indictment and prosecution for financial crimes. Not shocking as Teresa has never been fond of taking responsibility or accountability for her actions.

The bashing of Caroline wasn’t over yet as Teresa also called her out for not being able to make up with members of her own family, most notably her sister Dina Manzo as the two remained estranged.

Teresa added, “When you trash your own family, you’ll do anything for money. And that’s the thing. You can’t even make up with your own family. So of course she’s going to trash me like I care. She’s nothing to me. I always respected her because she was Dina’s sister. Now I have no respect for her. And she said the nastiest things about me, and she acts all high and mighty. She’s low and mighty.”

Must say Teresa’s description of Caroline sounds eerily similar to the way others describe Teresa! .

A video of Teresa’s wild interview is below –

TELL US – THOUGHTS ON TERESA’S INTERVIEW? AND COMMENTS ABOUT CAROLINE?