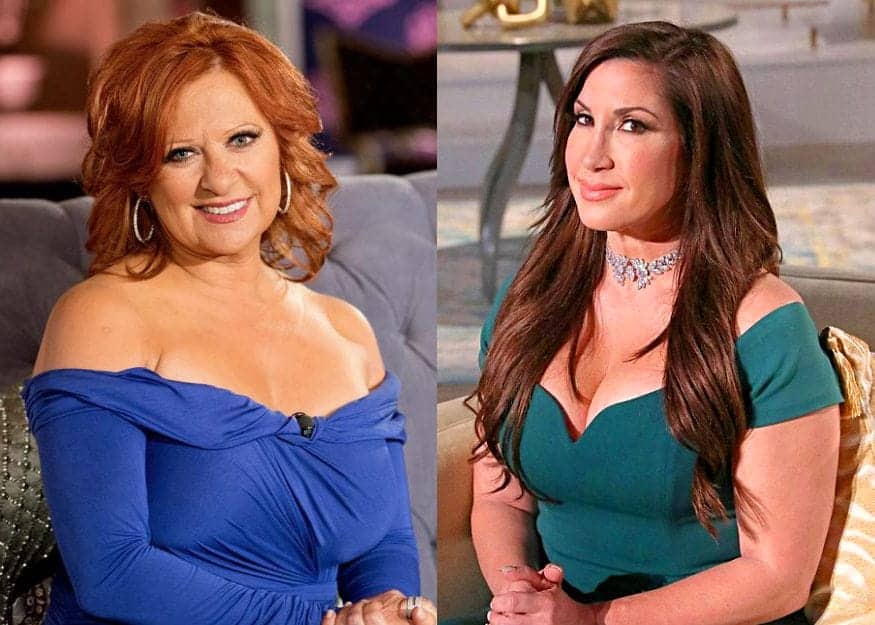 This news is quite shocking but is being reported by a reputable media outlet!

According to a new report, Bravo is considering bringing back Caroline Manzo and Jacqueline Laurita for the next season of the Real Housewives of New Jersey! Additionally, Caroline is speaking on the record on whether or not she would consider returning to the show.

Sources tell Us Weekly that RHONJ producers are thinking about approaching OGs Caroline and Jacqueline for a possible return.

US spoke to Caroline on Wednesday and she wouldn’t deny if RHONJ producers had indeed reached out to her.  Caroline stated, “It’s not a no and it’s certainly not a yes. It’s a who knows.”

As for what it would take to convince Caroline to come back, she reveals it’s nothing in particular but rather just giving it a lot of thought before making her decision.

If you recall, Caroline, 56, appeared on the first five seasons of the RHONJ before leaving the show in 2013. She went on to star on Manzo’d With Children with her family from 2014 – 2016. As for Jacqueline, she also left the show after season 5 but did return for a few appearances in season 6 and then came back as a full-time cast member in season 7. She however did not return for the current season.

Caroline also reveals she hasn’t watched the show in years “because once I left, I left.” She does however still have some connections to the show.

“I speak to Jacqueline,” said Caroline about her sister-in-law. “I’m friends with Dolores [Catania]. We’ve been friends for 30 plus years so her and I are ride or die. We don’t speak every day but if she called me right now and said she needed me I’d go running and vice versa. Her family is very very close with the Manzo family but beyond that, no. I see Kathy [Wakile] every once in a while and it’s always good to see her and I think she’s a wonderful person.”

And where does she stand with Melissa Gorga and Teresa Giudice these days?

“Melissa I don’t have any issues with but she hasn’t lived by me. She lives about a half hour away from me,” shared Caroline. “And Teresa is Teresa, that’s no secret there.”

What’s certain is there will be at least one new cast member on the RHONJ next season as we reported weeks ago that Siggy Flicker officially quit the show.

I must say I would LOVE and welcome the return of Caroline and Jacqueline. I feel like the show lost its way once Caroline, who was somewhat a voice of reason, left the show. I now find the show filled with many cast members who are simply not that likable. While this season was one of the better in recent years, it still feels like something is missing. I think Caroline and Jacqueline returning could help bring back some of that magic from the earlier RHONJ seasons.

TELL US – WOULD YOU LIKE TO SEE CAROLINE AND/OR JACQUELINE RETURN TO THE RHONJ?

RHOC Alum Heather Dubrow Suggests Braunwyn Calls Paparazzi on Herself, See How Kelly Dodd Reacted and What She’s Saying About Returning if Braunwyn is ...