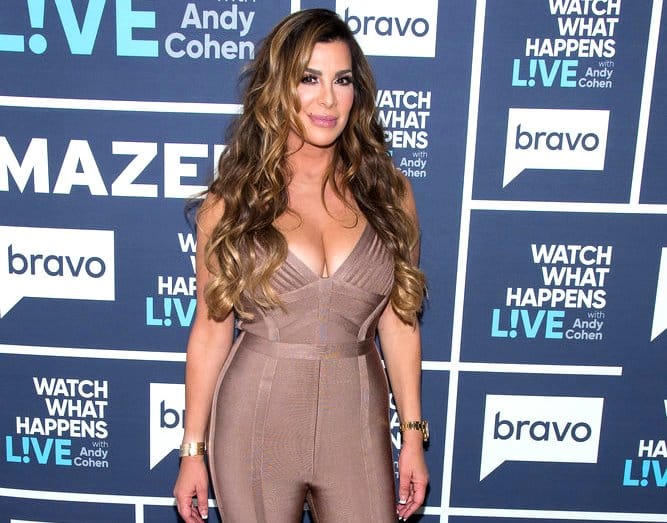 UPDATE – Siggy just confirmed she has quit the RHONJ.

In a statement to Bravo, she states –

“After much reflection and Bravo’s support, I have decided that this will be my last season on The Real Housewives of New Jersey. I am grateful to the network for allowing me to be part of this successful franchise and wish only the best for Teresa, Melissa, Dolores, Danielle and Margaret. At this time, I want to focus on my beautiful family, my growing business and some exciting new projects.”

The original story is below –

Siggy Flicker has QUIT the Real Housewives of New Jersey according to an all new report this morning.

The reason? It all has to do with her very nasty feud with castmate Margaret Josephs.

Bravo has reportedly agreed to let Siggy out of her contract early after she told them she no longer wanted to do the RHONJ.

“Siggy had enough,” an insider for the show revealed to Radar Online. “She doesn’t need the money, so she quit. She and Bravo came to a deal that let her out of her three-year contract a year early.”

Apparently Siggy is solely blaming Bravo for her negative portrayal this season as she has complained a number of times about being edited unfairly.

“She wasn’t going to let the production company destroy her reputation any longer,” added the source.

As viewers are aware, Siggy and RHONJ newbie Margaret have clashed since day one and things came to a head when Siggy accused Margaret of being anti-semitic after she referenced Hitler in a comment to Siggy.

Off the show, things have taken a turn for the nastier with Siggy recently going on a 4-day Twitter rant during which she called Margaret “sick and mentally unwell”, and Margaret recently shared that she had to call the cops after receiving death threats due to a tweet Siggy made about her.

“Siggy is done with the show. She was horrified by Margaret’s Hitler comment,” the insider dished. “But more than that, Margaret brought up Siggy’s daughter during the trip to Italy. No one should attack children. And Margaret did. And that was covered up too by the producers. Siggy didn’t get a fair edit the whole season.”

Siggy has yet to publicly comment on quitting the show, though she did hint at it in a recent interview when she stated, “I only went on this show to help sell my book. I didn’t sign up to be tortured.”

TELL US – WILL YOU MISS SIGGY ON THE RHONJ?