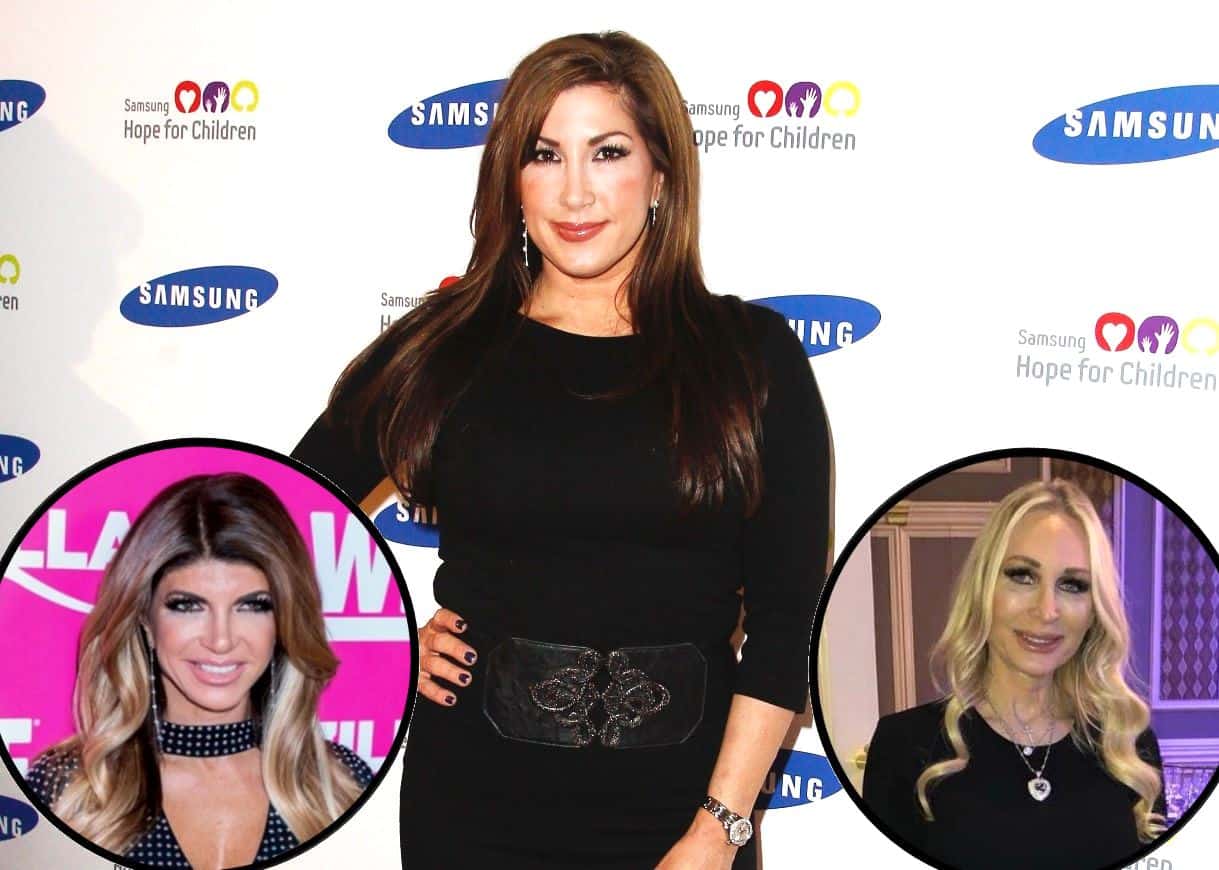 Jacqueline Laurita attended Kim DePaola‘s fashion show at the Brownstone in Patterson, New Jersey on Tuesday night and before she did, she gushed over Kim and slammed her former friend Teresa Giudice on Instagram.

After taking a shot at the Real Housewives of New Jersey by suggesting the show’s drama is staged, Jacqueline revealed that the fashion show is tons of fun when cameras aren’t around.

“You know, when they’re not filming, there’s actually no drama there. It’s just a bunch of girls hanging out and having a good time,” she explained.

According to Jacqueline, Kim D. has gotten a bad reputation throughout her years on the RHONJ but when it comes down to it, she’s a good person. In fact, Jacqueline says whenever Kim D. originally came on the show seemingly to do Teresa’s dirty work.

“Kim originally started on the show as Teresa’s friend, to do things, to be her voice and call out some people. When production saw that, they loved it. So every year after that, she was asked back,” she continued. “Every time it would get boring, they called good old Kim to release what she knew that other people were trying to hide. It wasn’t always pretty but it was a good paycheck for her. She’s a single mom, hardworking mom. Take that dough, girl, take it!”

As fans of The Real Housewives of New Jersey may recall, Jacqueline’s former friend, Teresa Giudice, called out Kim D. for allegedly running a prostitution ring during the season eight reunion special earlier this year. However, according to Jacqueline, Kim D. is no madame.

“Absolutely not! If that were true, Teresa would have been her highest paid hooker because they were inseparable,” she joked.

“Listen, I’m into people that are good to me and Kim and I are cool with each other so quit asking me,” Jacqueline added about Kim D. “If you met Kim D. outside of the show, you would probably like her too. She’s a cool chick. She’s a lot of fun.”

At the end of Jacqueline’s Instagram posts, she shared a couple of clips of Kim D. dancing around at her fashion show with friends.

I love this woman @jaclaurita with all my heart !!! What a true friend !!!! I admire her strength, kindness and honesty !! Loyal to the end !!!! #realfriends #stongwomen #nonegativity #loyal

Friends for more years than I can count !!! My @dolorescatania beautiful inside and out !!!!! #realfriends