Home Real Housewives of New Jersey News Jackie Goldschneider on Being “Nervous” to Face Teresa Giudice at RHONJ Reunion, and Why She Didn’t Initially Contact Gia After Drug Analogy, Plus Will She Quit Show?

Jackie Goldschneider on Being “Nervous” to Face Teresa Giudice at RHONJ Reunion, and Why She Didn’t Initially Contact Gia After Drug Analogy, Plus Will She Quit Show?

by Emily Campbell May 3, 2021 70 comments
ShareTweetWhatsappPinterestRedditTumblrMailFlipboard 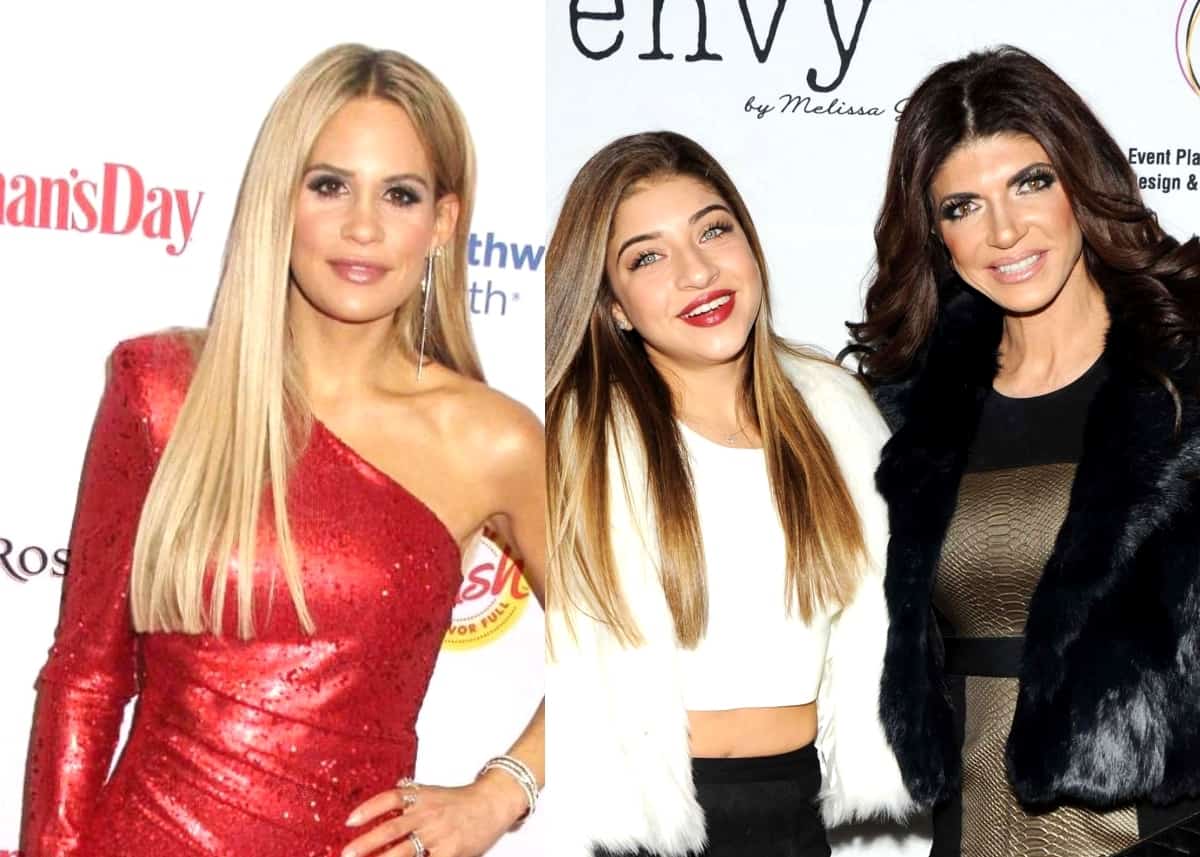 Jackie Goldschneider explains why she didn’t immediately reach out to Gia Giudice following the drug analogy and admits she and husband Evan Goldschneider were “nervous” about facing Teresa Giudice at the reunion. Plus, she reveals whether she has considered walking about from the show.

In a clip promoting the upcoming “Real Housekids of Bravo” special on Watch What Happens Live, Gia admits to being “disgusted” by Jackie’s drug analogy. Furthermore, she also says she was forced to reach out to the Real Housewives of New Jersey cast member first due to “complaints from [her] sorority.”

In a recent interview, Jackie acknowledged that Gia did reach out to her first about the analogy, but she claims she gave the 20-year-old “exactly what she wanted.”

“I didn’t feel like it was appropriate to contact somebody’s kid no matter how old they are,” she said on Access Hollywood’s Housewives Nightcap. “But, yeah, she texted me and I gave her exactly what she wanted, and then it was done. You know, I will just say that there’s a huge, huge difference between an accusation and an analogy, and I think that’s why she was fine with it in the first place. But, the cast is almost past it and I’d like to stay past it.”

As for the upcoming season 11 reunion —  which will reportedly be an explosive one — Jackie revealed that she and Evan were extremely concerned about what Teresa was going to say during the sit-down. In fact, they even discussed the possibility of a fake video being created to back up the cheating allegations.

“I was very worried going into reunion about how vicious it could be because, let’s be honest, you’re on TV,” she explained. “You’re not breaking the fourth wall, but you’re on TV, so if somebody says something, it’s immediately out there. So, you know, Evan was very worried too, he said, ‘What is she gonna say? What is she gonna say?’ I said, ‘I don’t know what she’s gonna say!’

“You can do anything these days,” she continued. “You can go on the dark web and make a video. Like, I [didn’t] know what she was going to do. So, I think both of us were really nervous because I can argue back, and I can get petty, and I can get a little bit shady, but I really don’t want to be vicious. I don’t want to go there, so I was worried it was gonna go there.”

Though season 11 has been incredibly stressful for the mother-of-four, she has no plans to walk away from RHONJ. When asked if she hopes to return for season 12, she immediately expressed her commitment to the show.

“[Yes], 1000 percent,” she proclaimed. “I didn’t make it through this for nothing. If I was gonna walk away, I would have walked away while they were in Lake George, and said goodbye to the drama and just left. I love this show, I’m committed to this show, and I think that I bring a lot to it. Even though you didn’t see my other storyline this season, I think that I bring a different, calmer energy [and] a different way of arguing.”