Home Real Housewives of New Jersey News Gia Giudice Says She ‘Got Complaints From Sorority’ Over Jackie’s Drug Analogy and Was “Disgusted,” Shares What Happened When She Reached Out to RHONJ Star Privately

Gia Giudice Says She ‘Got Complaints From Sorority’ Over Jackie’s Drug Analogy and Was “Disgusted,” Shares What Happened When She Reached Out to RHONJ Star Privately 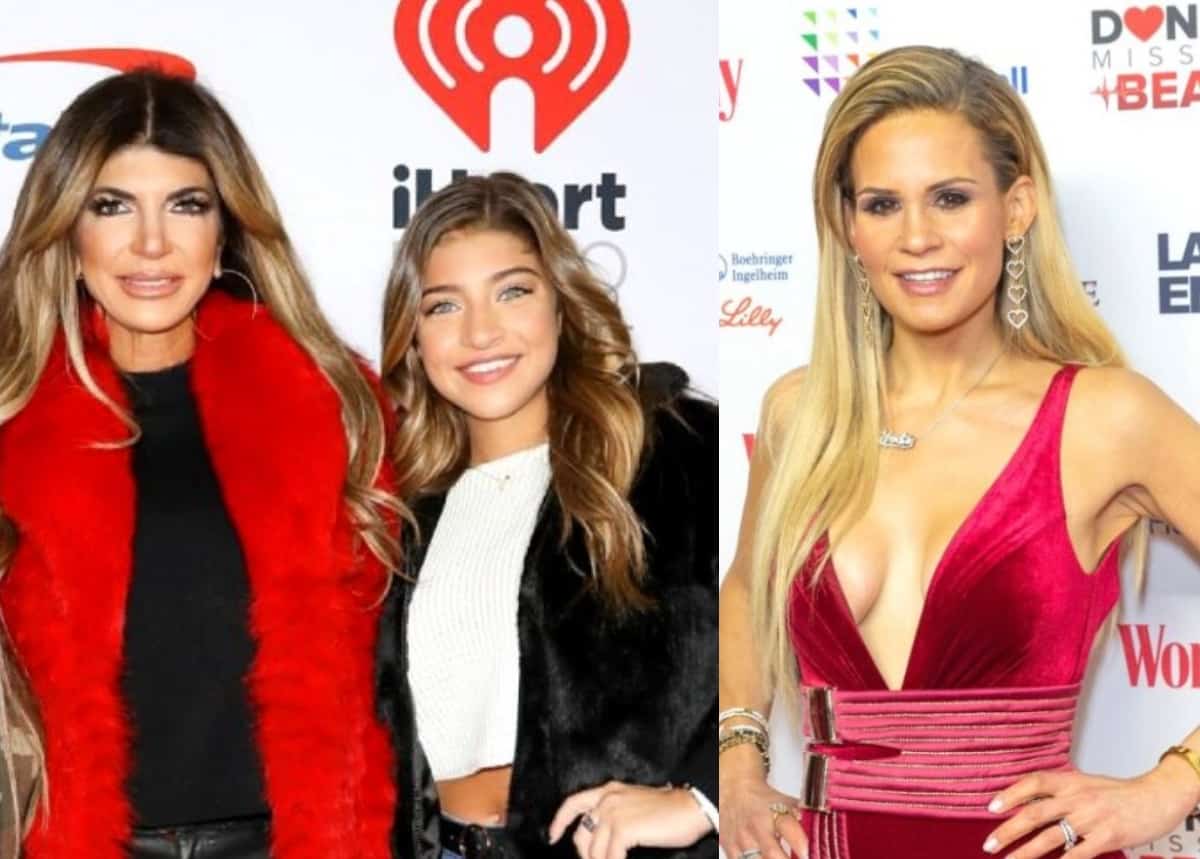 Gia Giudice will be seen addressing Jackie Goldschneider‘s drug analogy on the upcoming “Real Housekids of Bravo” special on Watch What Happens Live.

Months after Jackie compared Gia’s hypothetical drug use to her husband Evan Goldschneider‘s hypothetical cheating to prove a point to Gia’s mom, Teresa Giudice, on The Real Housewives of New Jersey, the 20-year-old college student will be seen admitting to being “disgusted” by Jackie’s comment.

“I was, like, completely disgusted by it. I never thought my name would ever be brought up,” Gia says in a sneak peek clip shared by Entertainment Tonight on April 26. “Especially just, like, being on the show for so long, no Housewife has ever disrespected me. And for me to ever — for one person to ever use my name in a poor manner, I was like, in shock.”

As fans of RHONJ will recall, Jackie mentioned a potential rumor suggesting Gia did coke in bathrooms at parties in an attempt to prove how hurtful the rumor was that Teresa spread about Evan possibly being unfaithful. Understandably, it didn’t go over well. Afterward, Jackie claimed to have spoken to Gia privately to sort out what was said and how it was intended.

“I, honestly, reached out to her, because I had complaints from my sorority,” Gia revealed of the private conversation she had with Jackie. “I was almost put in a meeting, because they wanted to make sure I was OK. I dealt with a lot of things because of this analogy, and I made her very aware of that. And then, following that, she did apologize and then she did her Twitter apology, which I did… I, like, I thought it was all right, but it wasn’t anything too crazy.”

Amid the RHONJ premiere, Jackie told her Twitter fans and followers that there was no truth to the analogy she made about Gia.

“My analogy about Gia was simply an analogy – there was no truth to it of course. The rest of the cast understood this, which you’ll see in the coming weeks. The behavior at my husband’s birthday party is truly unfortunate – destroying a marriage and family is not entertainment,” Jackie said.

A short time later, Gia slammed the comment as inexcusable.

“Saying it was an analogy is making it excusable, it’s not,” she wrote. “My character is now being questioned. My name was used to make a point. No one should be used in that way.”