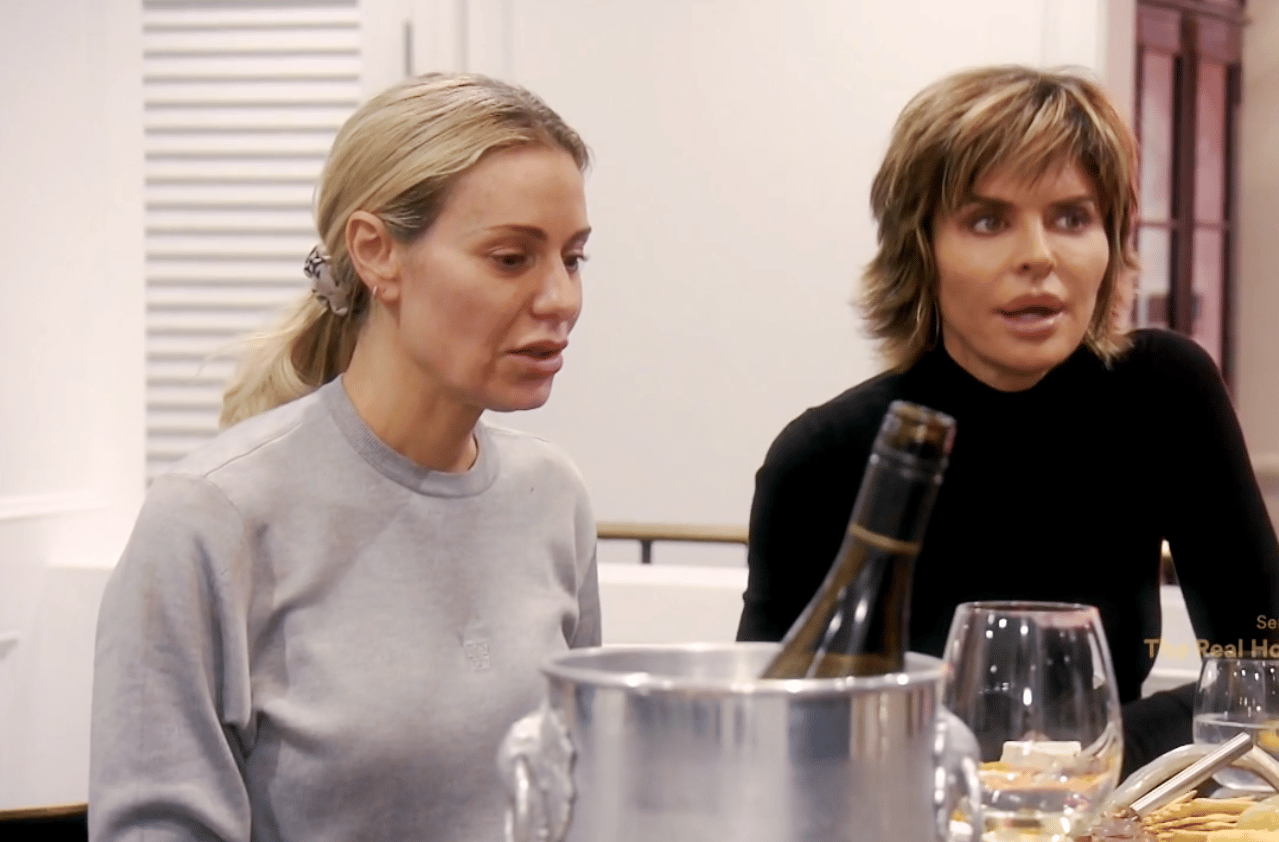 The Real Housewives of Beverly Hills is back and shocking the viewers with raw video footage of Dorit‘s terrifying break-in. The hair on my arms stands up when Dorit states, “This is it, this is how I am going to die” as we get a glimpse of what went on…

The episode kicks off three days before the burglary. We get a glimpse into what these women have been up to. Kyle is boxing with her 13-YEAR-OLD daughter, Portia. How can Portia be that old?! Kyle shares that since last year, Portia has grown and that she has made Kyle so very proud.

Over in Miami, Sutton and Garcelle are busy being besties. Sutton is there to support Garcelle with Angels of Humanity, a charity very near and dear to Garcelle’s heart. The ladies are single and ready to mingle and are excited to see if there are any good prospects in the Sunshine State.

In the meantime, Rinna and Erika are busy catching up. Rinna tells Erika, “Rinna Beauty has gone through the frickin’ roof,” and Erika shares that she has had some sex, but not many dates. Woah. When asked what else is new, Rinna explains, “I was a little bit shocked watching Sutton on Watch What Happens Live.” Sutton brought up a charity event where Rinna and her husband came as her guests. And Sutton is STILL waiting for a thank you for the invite. This, of course, has set Rinna off.

Sutton was simply saying that a thank you is necessary if someone gives something or does something nice for you, something that Rinna called Garcelle out for last season. Rinna believes that Sutton did this to back Garcelle, but she is less than pleased with the way Sutton went about dragging her name on live television.

Sutton pulls up to Crystal’s house to check out the basement renovations… all half a million of them. Crystal explains she has gotten through her issues with Sutton and has since been to numerous baseball games with her. Sutton tells Crystal that she had a little “slip up” and made a comment that might have gotten her in trouble with Rinna, but in the next breath, she is changing the subject to her dating criteria: must love cats! Seems like that’ll knock a lot of guys out of the dating pool…

Garcelle joins Erika for a workout… and to discuss Erika’s unresolved issues with Sutton. Garcelle outright asks Erika if she will apologize to Sutton, and Erika questions what an apology is needed for. Garcelle reminds Erika that she threatened Sutton by stating she will “come for” her. Erika states that Sutton talks a lot of sh*t, so she better prepare to get sh*t thrown back at her.

Erika explains that she never had the $20 million dollars in her LLC that Sutton claimed she did, but Garcelle questions why none of this has ever been in the papers if it were true. Erika becomes irate and defensive in her confessional and tells a prying producer, “Tell them [the women] to go f*cking read everything my lawyer has put out.” Ooph.

Garcelle believes that Erika is in denial and has a hard time believing that “everything” that has been said about her is untrue. Erika states that Tom is in a facility and that she is currently legally separated from him. She explains that she will get divorced when she can and that she is simply trying her best.

Dorit looks on like a proud mother as her children take their karate lessons. She has just gotten back into town after attending a wedding in London. PK has stayed in London for a few more days, and Dorit chats blissfully with Garcelle about her charity event. All seems well… until later that night.

Dorit’s world gets rocked. The footage of the robbers approaching her home and breaking in is absolutely terrifying. Dorit explains that they came into her bedroom and one put a gun to her head. Dorit was certain this was how she was going to die and feared for her children’s lives. Absolutely chilling. And oh, the irony of her son practice kicking the bad guy during his karate lesson earlier in the day.

The next morning, it’s the aftermath of the robbery. The ladies rally around Dorit (and get some terrible paparazzi pictures taken), and they comfort her to try and help her recover from the trauma.

Kyle tearfully tells Sutton just how shocked and upset Dorit is over the events that unfolded. Sutton, seemingly unphased by the fact that Dorit was held AT GUNPOINT, retorts, “I’ve been putting out fires all day long, too.” Sutton talks about her business issues, and she seems insensitive as a flabbergasted Kyle looks on in shock. Sutton’s lack of self-awareness gets heightened as she talks on and on about how her energy feels off and how she is dating again.

This is the perfect time for Sutton to throw in a zinger about Erika. Regarding dating, Sutton tells Kyle, “I don’t care if they’re rich, so maybe my qualifications will be a little different.” Dang. Sutton is coming in hot for Erika. Kyle attempts to change Sutton’s feelings about Erika, but Sutton ain’t buying it. She refuses to feel sorry for Erika if she cried. In fact, she reminds us that perhaps Kyle should be more worried about the victims in these cases and how much THEY are crying. Sutton is annoyed that PK and Mauricio did not get in trouble for saying things about Erika, but she got crucified by Erika. Interesting that Sutton is looking for sympathy for the way Erika treated her, but then cannot feel sympathy for Dorit, who was held at gunpoint!

Rinna brings Crystal along to the space where she is planning Harry Hamlin’s 70th birthday dinner. Yea, you read that right…Harry Hamlin — 70! Rinna is feeling weird about celebrating when Dorit is suffering…

Kyle has decided to host a girls’ dinner to give Dorit a chance to vent and get some support. Erika is the first to come over, and Kyle is hopeful this can be the opportunity for them to make up fully following last year’s issues. When Mauricio enters, he apologizes immediately for the things he said in the past about Erika, and she accepts wholeheartedly. Dorit shows up at Kyle’s house in a gray sweatsuit, looking very much not like Dorit.

Dorit explains that her kids are safe with security guards, and so she feels as though getting out for a bit is okay. Dorit states that, luckily, her kids were actually sleeping in their own beds that night because shortly after she laid down to sleep, a man entered her room. The guy appeared surprised to see Dorit and then charged at her, putting the gun to her head while she begged for her life. Dorit tells Mauricio that one of the robbers wanted to kill her, but instead, she directed them to all her things. Her quick judgment saved her children’s lives. The women suggest Dorit get into therapy immediately, and when Kyle’s dogs begin barking, Dorit freaks out. The fear is real. Dorit cries about how she does not care about the material things, and boy, oh boy, have the times changed for our fashion girl.

Wait, why does PK call Kyle instead of his wife once he lands? Although the couple’s reunion was heartfelt, it IS strange that he goes to Kyle’s house to see his wife for the first time since the burglary. Why wouldn’t they meet at their own home? PK breaks down and shares his side of the story. He talks about how happy he is to be home, and the women commend Dorit for being so strong throughout the traumatizing event.

Rinna jumps in and asks for permission to have Harry Hamlin’s birthday party amidst this awful event. PK insists the party go on since in his religion you are to never cancel a happy occasion because of a sad one. Dorit states she, “just wants to get to the other side,” and she has hopes that she can get there sooner than later. Seems like it’s gonna be a long road ahead for her…

WHAT ARE YOUR THOUGHTS ON THE RHOBH PREMIERE?