Home Keeping Up With the Kardashians Caitlyn Jenner Says It Was “Very Difficult” for Kim Kardashian to Live With Kanye West, Plus Olympic Medalist Didn’t Get Invite to Kourtney’s Wedding

Caitlyn Jenner Says It Was “Very Difficult” for Kim Kardashian to Live With Kanye West, Plus Olympic Medalist Didn’t Get Invite to Kourtney’s Wedding 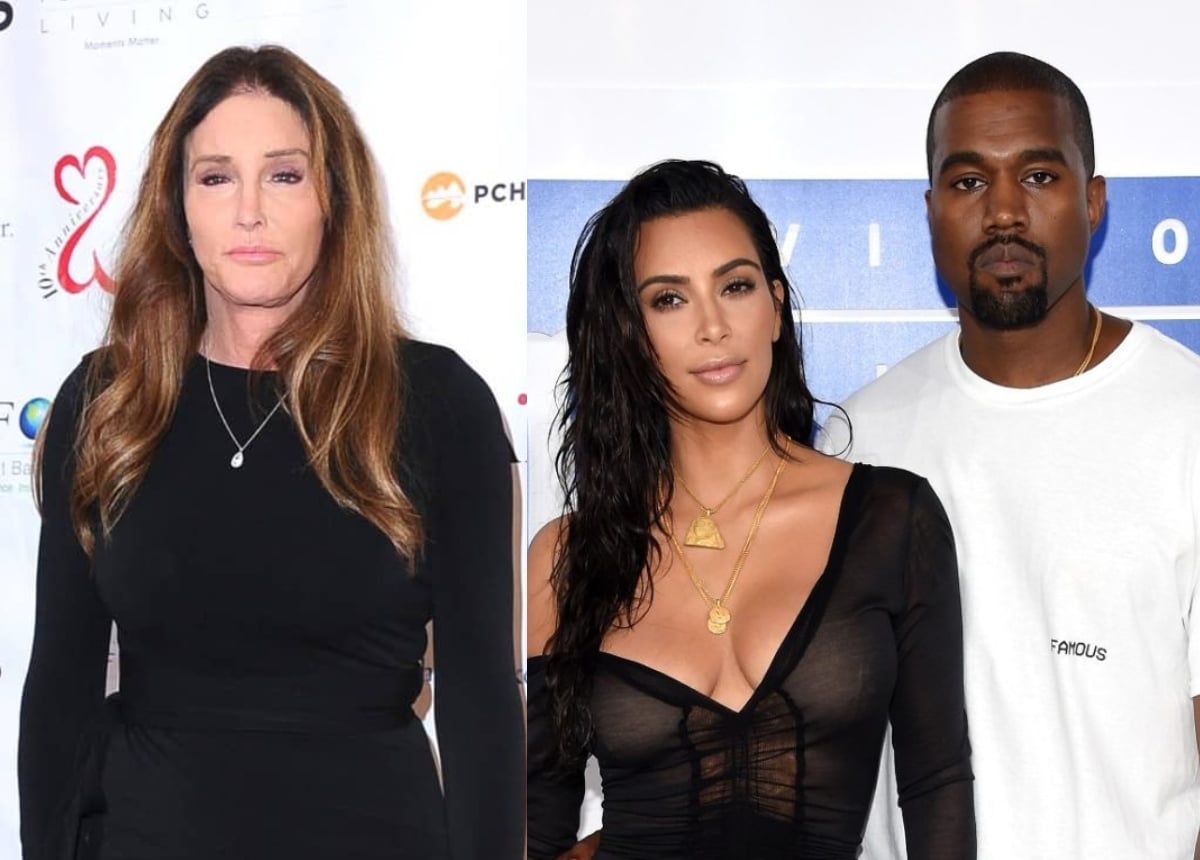 Kim Kardashian and Kanye West are officially divorced, but their drama is ongoing. Earlier this year, as the Keeping Up With The Kardashians star deepened her relationship with comedian Pete Davidson, the ex-hubby grew more and more resistant.

In March, the award-winning rapper released a strange music video, which featured a claymation version of Pete being buried alive. Kanye also made several accusations against the comedian, including a claim that he had AIDS.

In an interview for The Pivot podcast, via HollywoodLife, Kim’s former step-parent, Caitlyn Jenner, shared that Kanye was “very difficult” for Kim to live with.

“Kimberly has been through a lot with the guys she’s been with. You know? Especially Kanye,” said Caitlyn. “Very complicated guy. I really liked Kanye, I got along with him so well.”

Caitlyn added, “The two of us did great together. And, through even when I transitioned, he was so on my side. Loving it. But he was very difficult to live with.”

Even though the Olympic medalist “got along” with Kanye during his relationship with Kim, Caitlyn also likes Kim’s new boyfriend Pete, and she suggested he’s a great match for her.

“They came over the other day, because I told Kim, ‘I haven’t even met him yet,’” Caitlyn revealed. “So she brought him over and we spent a couple hours here at the house together. And very different than what she would normally date.”

According to the reality star, Pete is “180 degrees in the other direction” from Kanye’s complications. “I mean, first of all, [Pete] treats her so well… And when they were over here, Kim is so happy. And Kim deserves to be happy.”

Although Pete couldn’t make it to Kourtney Kardashian and Travis Barker’s wedding in Italy, Caitlyn herself wasn’t invited.

Sources who spoke with TMZ revealed that Caitlyn wasn’t put on the guest list. The couple wanted a small and intimate celebration, and Kourtney didn’t feel the need to invite Caitlyn (who was married to her mother for 22 years).

The insiders shared that Kourtney doesn’t speak to Caitlyn very often, which is why she felt no obligation to invite her.

As the Kardashians celebrated the wedding, Caitlyn had a celebration of her own. Jamie Chadwick, a driver in Caitlyn’s ‘Jenner Racing’ team, won the W Series race for the fifth time in a row, earning the prize in Barcelona.

“Win! Win! Win! No matter what! 🥇,” tweeted Caitlyn over the weekend.

According to the outlet, Kourtney and Travis are planning a wedding celebration in L.A. We’ll see if Caitlyn makes the cut.