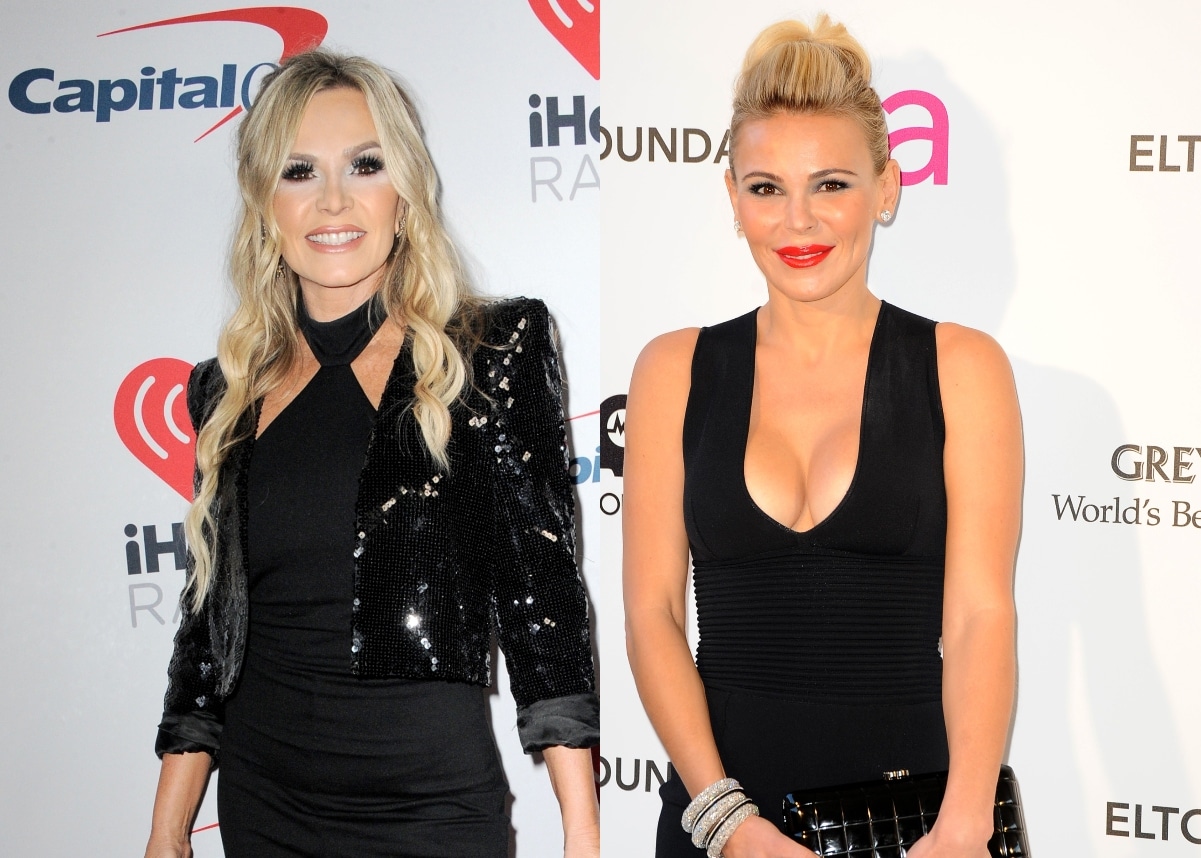 Tamra Judge is not here for The Real Housewives of Beverly Hills newbie Diana Jenkins flaunting her wealth.

Viewers were introduced to Diana during the franchise’s 12th season, and in episode three, an exchange between Diana and Crystal Kung-Minkoff drew fans’ attention to just how wealthy Diana really is.

During their conversation, Crystal had to explain what an outlet mall was to a confused Diana, who said that she has clothes sent to her. Plus, she also had her team go to hotel rooms ahead of time to make sure it’s set up to her standards.

Per Heavy, this did not go unnoticed by Tamra, who addressed Diana’s extravagance on her and Teddi Mellencamp’s Two T’s in a Pod podcast. She called out Diana’s behavior and lifestyle as “unrelatable” while making Crystal look “more relatable.”

“She doesn’t know what an outlet store is, she doesn’t shop, she has people do it for her, which is good for her, whatever. And then she sends people to her hotel room to make sure that her back is away from the door and all these things. To me, it’s not relatable and it’s going to turn people off,” Tamra said.

I mean, the franchise is called The Real Housewives of Beverly Hills, after all. A lavish lifestyle and a certain amount of extravagance and opulence are what viewers originally tuned in for.

However, Tamra says she has no ill-will toward Diana personally.

“I’m not saying I dislike her, I’m just saying if the whole season is going to go like this, she’s going to get a lot of hate,” the RHUGT: Ex-Wives Club star said.

Co-host Teddi said that she thinks Diana is going to make for good television, though.

“I think when you look at the show as like a lifestyle show there’s things that she said which are really funny and you’re like, what, but then there are also things they’re going to get under your skin,” Teddi said.

Current RHOBH cast members Kyle Richards and Erika Jayne have also spoken about Diana’s extreme “over the top” lifestyle and teased upcoming tensions between Sutton Stracke (who is also extremely wealthy — the woman didn’t even know she owned a baseball team) and Diana this season.

In March, Kyle spoke to People while discussing Diana, saying, “Talk about ‘over the top.’ She’s very extra. She admits that herself, but she also is someone — she comes from Bosnia. She’s someone who’s been through war and seen all that — so she’s a very multi-dimensional woman and I have a tremendous amount of respect for her.”

Erika echoed the same sentiments while speaking to Entertainment Tonight.

“You talk about someone who gives no fs? That’s like on a mega level,” the Pretty Mess author said.

“I think you’ll see something between Sutton and Diana that hurt Diana’s feelings very much and I think that’s what you’re seeing is the reaction to that because Diana’s feelings were very hurt and I understand why,” Erika continued.

Two of the wealthiest women on RHOBH fighting? You don’t say…