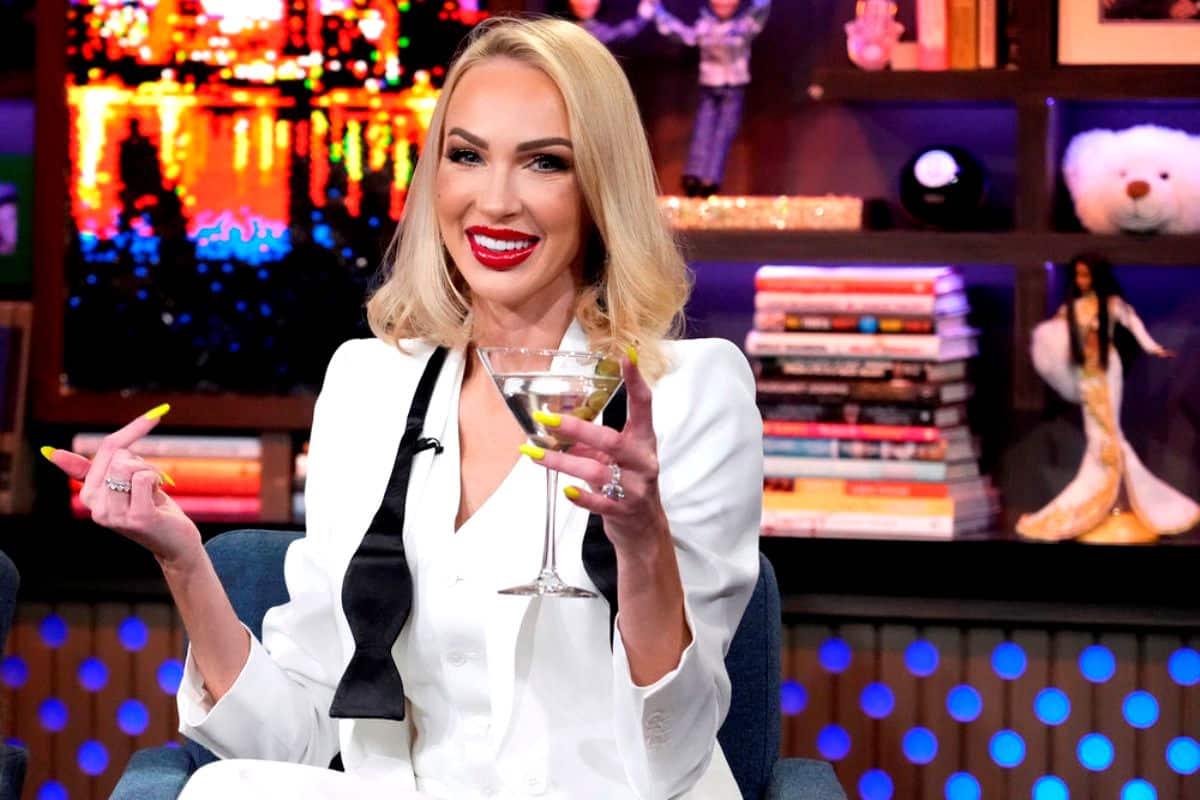 Netflix docuseries Selling Sunset’s resident queen “villain” Christine Quinn just got exiled from MTV’s Movie and TV Awards: Unscripted. Now, multiple reports are surfacing as to why the ice queen was iced out herself.

The 2022 MTV Movie and Television Awards: Unscripted just aired, and the wildly popular real estate reality show won big that night, including winner for Best Reality Show and Best Reality Star for Chrishell Stause. However, one key member of the show was noticeably absent: Christine (who was nominated for Best Fight alongside Chrishell).

According to sources at Page Six, Christine was “disinvited” after initially being invited to attend the awards show back in February.

The source claimed the last-minute disinvite came after Christine gave a series of negative and controversial interviews regarding the producers of the hit Netflix show.

“This decision didn’t come from MTV. It came from Netflix/production,” the source told Page Six.

“My guess is that they knew in advance that ‘Selling Sunset’ was going to win, hence why Adam [DiVello] was in attendance, and it made it less sticky of a situation to not have Christine present,” the source elaborated.

Christine also said that Adam became unhappy with her after she allegedly publicly commented on how the show created and twisted “5,000 fake storylines” ahead of the latest season. She also said they used “editing magic” to make the show more fake than it was real.

“He basically berated me for being too honest and I said, ‘This is my real life and this didn’t happen and you know this,’ to which then he was screaming and yelling at me,” Christine said.

There are also other reports that factor in as to why Christine wasn’t allowed to attend the event.

Entertainment Tonight recently reported that sources said there were a “limited number of tickets” available for the show’s cast.

“Selling Sunset only got a certain number of tickets,” the source explained. “She’s really shocked and knows that they are sending a stern message by excluding her.”

There’s also the controversy surrounding Christine allegedly bribing a client with $5,000 to not work with fellow realtor Emma Hernan.

“It’s a hundred percent facts,” Emma told ET. “…I don’t understand the lies and everything else. I don’t resonate with that. That’s not who I am. That’s not how I was raised.”

Christine’s future on Selling Sunset is up in the air as of right now. During the show’s latest reunion special, her former boss Jason Oppenheim said that there was no longer “a place for at the Oppenheim Group.”

However, Jason added that Christine could possibly return in some capacity in the future.

“Now, in the future, if she takes real estate seriously, if I can get an understanding on her perspective on things, if she changes her behavior, if she brings in a big listing, there’s a lot of reasons where I would consider her having a place at the Oppenheim Group, but right now, there is no place,” he concluded.

Christine may not need the Oppenheim Group, though, as she recently launched her own business, Real Open, which allows clients to buy and sell real estate via the up-and-coming cryptocurrency way of making business transactions.

Still, Christine says there’s still a chance she could appear on Selling Sunset, saying it would have to be a “battle of the brokerages” type of scenario.

Selling Sunset airs on Netflix and is currently on hiatus.