RHOBH Recap: Sutton’s “Dark” Comments to Crystal Are Revealed, Lisa Loses Mom Lois and Diana Opens Up About Her Miscarriage 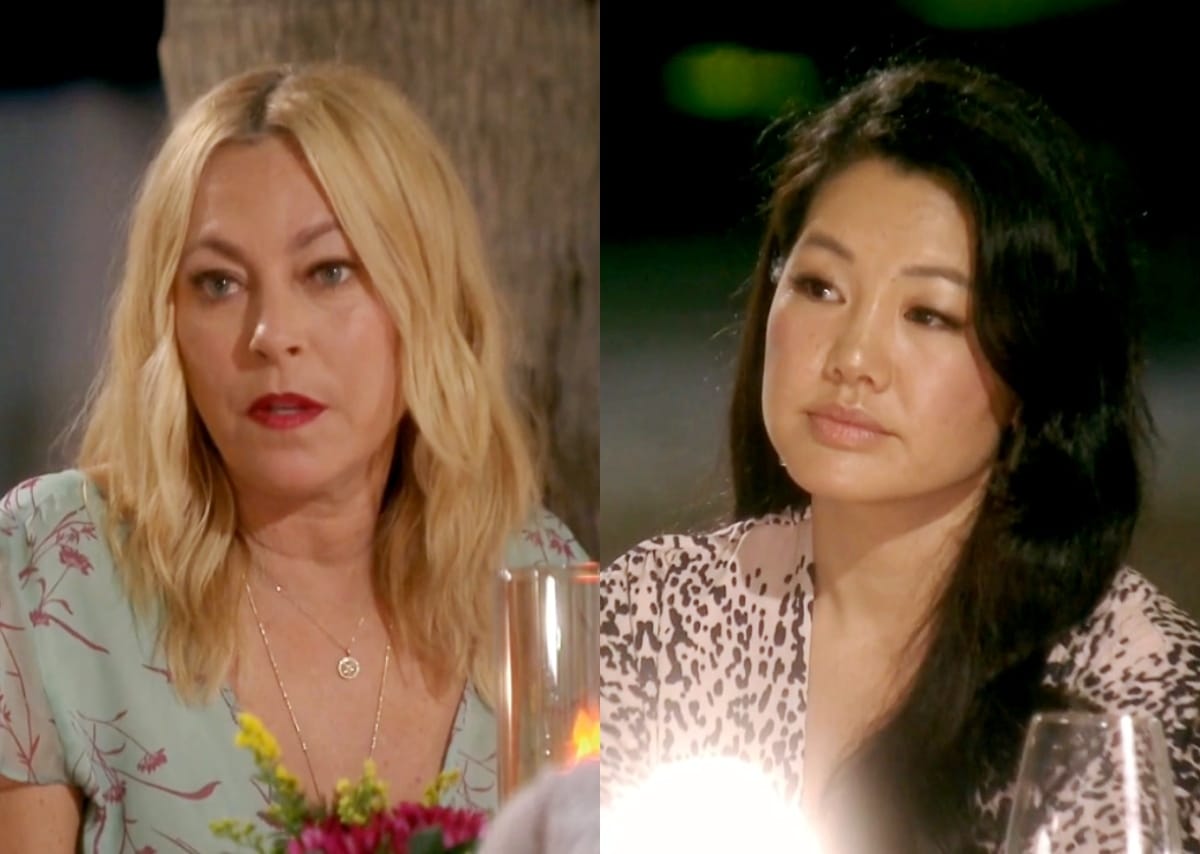 This episode of the Real Housewives of Beverly Hills finally gets to the bottom of Sutton‘s “dark comments.” The girls’ trip to Mexico is the perfect backdrop for this to unfold, and plus, it’s a great way for Rinna to work through the recent passing of her mother, Lois.

Ventura County, California: Where Garcelle bought a house just to knock it down. Garcelle is very proud of the fact that she can buy a beach house and has high hopes of it becoming a place for her family to make memories. This lifestyle is a far cry from where Garcelle grew up, and it’s lovely to see her take in this moment with her sister.

Meanwhile, Erika hears all about Dorit’s therapy session over lunch. Dorit explains that although her EMDR therapy is painful, it is helpful at the same time and it is helping her manage her anxiety. Speaking of painful, they discuss Rinna’s mother, Lois, who is in hospice. The end seems imminent for Lois, and Erika and Dorit take a moment to reflect on that before changing the subject to the upcoming girls’ trip to Punta Mita. Dorit gushes that Diana is kind enough to share her private jet with the ladies for transportation. Nice to have rich friends, isn’t it?

Crystal and Kyle sit down to chat about her niece Paris’ upcoming wedding and how much pressure Kathy is feeling to make the event flawless. After a little bit of light chatter, the duo gets to the serious stuff, or should I say, the “dark” stuff. Crystal explains that she is not used to conflict, and the topic is hard because she held it in for far too long.  Kyle feels blindsided that Crystal brought something up from a year ago and has a problem with her throwing Sutton under the bus to defend herself. Crystal makes it clear that she will not repeat what Sutton said the night Sutton stated she did not see color, but Kyle is confused about what could be so “dark.” Kyle further states that she believes Crystal is gaslighting the situation. She asks Crystal to be more direct and not passive-aggressive, and Crystal agrees to do more to be more open.

Diana arrives at Kyle’s after getting lost for an hour and a half. Has she ever heard of a GPS? Kyle fills Diana in on Paris’ wedding and she repeats how tired she is… but she DOES have some more big news: Her eldest daughter, Farrah, is engaged! Diana talks about her baby and opens up about the miscarriage she had five months after giving birth to her daughter. She reminds Kyle how fragile pregnancy is, but she tells her she can/wants to get pregnant again even after her traumatic experience.

Garcelle and Sutton are out on the town and talk about the other night at Sutton’s store. Sutton explains that she has spoken to Crystal about this very topic LAST YEAR, and she thought the past was in the past. After much probing from Garcelle, Sutton explains that she did tell Crystal that she was happy to see that her child had multicultural friends in their family pool. I’m sorry… What is so dark about a bunch of kids being in a pool?

Garcelle is finding it hard to believe that’s what Sutton said to Crystal that has been construed as “dark,” and she goes as far as calling Sutton out on it.  Sutton can think of no other thing that could have been twisted, and so she truly believes that is the “dark” comment Crystal is dangling. Interesting that Garcelle did not say that, according to Crystal, “it” was said when Kyle was with them. Also interesting that Sutton continues to push her “let’s move on” mantra on Garcelle… could it be possible she IS hiding something “dark?”

On November 15, 2021, Rinna’s mother passed in hospice. She was 93.5. Rinna explains that it was the hardest decision, and we, the viewers, are treated to a Lois montage. We are reminded of what a good woman she truly was. Kyle phones Erika and they discuss the news about Lois, but they seem more concerned about Rinna attending the girls’ trip than grieving.

It turns out Rinna DOES decide to go on the trip after all of the things that needed to get done for Lois got done. Rinna justifies it as that Lois would have wanted her to go on this trip. These Beverly Hills housewives are traveling in style… on Diana’s private jet. Dorit gives the rundown of what to expect when they land, and Dorit begins her Spanish speaking. It is hard to believe that Diana flies “her people” ahead of her to set up her place the way she wants it. Money, man. Once they arrive at their destination, we get a tour of Diana’s living quarters, and it is insane that she is only staying there for like, two days, based on the amount of clothing she packed.

The women gather for a beach dinner, and Rinna explains that her mother’s death hasn’t really hit her yet. They all celebrate Lois and toast to her. Dorit comes late to the meal since she was put in a ground floor suite that triggered her, and therefore, she had to change rooms.

Rinna asks what she missed over the course of the week she was gone doting on Lois, and Sutton talks about her store opening. There is awkward silence since no one wants to address the elephant in the room… aka Crystal’s “dark” comment. Sutton breaks the ice and explains that she does not want to be misconstrued in any way because her character and her family express love to everyone. She wants to make it clear that there should be no kind of dangerous untruths to be spoken, and Crystal explains that although she felt uncomfortable, she did have a conversation with Sutton about it this particular topic A YEAR AGO.

“So why bring it up?” Right on, Sutton. Words are like a Rorschach test (and yes, I was grateful to Erika for translating that to what we average people know as… a blot test), but when Crystal states, “I know, these are big words,” she sets the tone rather negatively. Sutton makes it clear that Crystal has attempted to “assassinate” her character, and to that, Erika chuckles. Erika attempts to compare her situation last year with what Sutton was claiming Crystal is doing to her now. These are two completely different scenarios since Crystal is deliberately trying to ruin Sutton. Crystal repeats that she cannot have anyone “deny her experience,” and she cannot fathom why this group of women sees her as someone they can attack.

Erika understands that Sutton doesn’t want anyone to insinuate that she is a racist, and it certainly is not a good look for Sutton. Crystal’s vagueness is making it difficult for anyone to take her claims seriously. She must learn that she cannot simply throw out potentially damning information and then run for the hills.

Sutton is p*ssed and is telling Crystal with her eyes to STFU. Sutton claims that Crystal has a pattern of making up lies about her friends behind their backs. Suttons states that Crystal’s friends have warned her to be careful with Crystal since she appears to be power-hungry and will stop at nothing to be the queen bee. Kyle jumps in and chooses to focus, according to Crystal, on “what serves her.” Kyle admits that she may have missed something that might have triggered her that night, but she honestly does not remember anything horrible being said.

Sutton finally boils over and explains that her children have multicultural friends and repeats the pool story she told Garcelle. No one believes that there is anything dark about the comment, and Crystal is left trying to defend her choice of words once again. When Garcelle questions Crystal, Crystal retorts, “But was it [the comment] problematic to you?” Garcelle states that what she is taking offense to is the fact that Crystal made this a much bigger thing than it had to be. Sutton looks on horrified but also relieved that, hopefully, her side of the story will prevail as the truth… no thanks to Crystal.