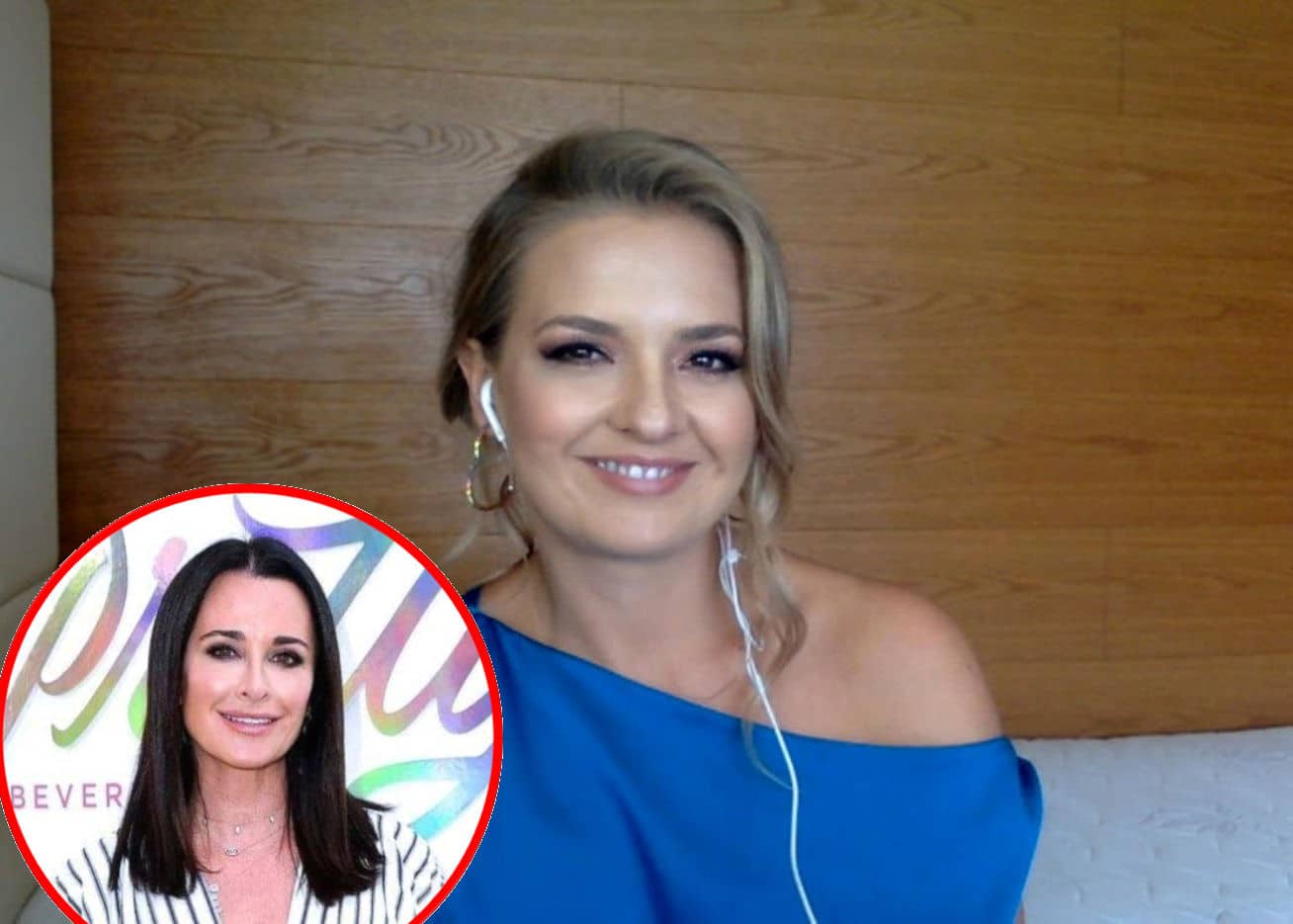 On an early episode of Below Deck Sailing Yacht season three, Daisy Kelliher and Gary King shared a drunken hot tub kiss. Later on, Daisy said she couldn’t remember it.

Daisy has stayed busy since the season finished filming. Last month, the star attended the NBC Upfronts in New York along with several of Bravo’s most valuable players.

On Watch What Happens Live, host Andy Cohen recently asked Daisy what it was like to meet other stars within the Below Deck franchise (including Chef Rachel Hargrove). He also asked if she met any of the Housewives.

Daisy said it was “amazing” to “party” with the Below Deck stars, who were very “welcoming.”

A season finale preview suggests another kiss between Gary and Daisy — and Daisy isn’t thrilled about it.

“I think next week is a really embarrassing episode for me,” said Daisy on her Instagram show Pita Party, via Showbiz Cheatsheet, with Alli Dore. “I have no recollection.”

Alli then pointed out that Gary kisses almost every woman on the yacht, ending with Daisy. “It does end with me,” Daisy confirmed. “I’m not going to say what happens but I definitely watched it like this.” The star then placed her hands over her eyes, and watched through her fingers.

“Like I can’t … It was really cringe,” she continued. “I’m mortified. I don’t remember anything. I know you two will be able to tell how drunk I am. So yeah … it was me [in the Below Deck Sailing Yacht season three finale previews].”

The star added, “Oh gosh, next week is not a great look for me … And I mean, yeah I don’t know. I mean I think Gary needs therapy.”

Daisy knew the producers would focus on her friendship with Gary this season.

“I knew at the time during the season that my big storyline was going to be me and Gary. I very much predicted what story was going to be told,” said the 35-year-old. “The people behind the scenes explained that the chemistry between us was so intense. The whole boat could feel it. … I was prepared for what was going to happen. I was surprised with how obsessed everyone is with us being a couple. I thought everyone would be against it. We are just friends. I hate to tell everyone that, but there is nothing more to it. Just very flirtatious.”

The star also revealed a secret history at the beginning of the series.

“I was the first girl in the first season he hit on. It didn’t air, but I brushed him off straight away. Other people commented saying since I didn’t give him that attention, he looked for it elsewhere. I thought that was an interesting point. Fair enough, but as soon as he went off with Sydney [Zaruba] and Alli and now Ashley [Marti] and Gabriela [Barragan] — yeah, maybe things would have ended differently if he continued to pursue me, but he didn’t. We’ll never know.”

Daisy insisted, however, that she wasn’t envious when Gary flirted with the other stews. “It’s just his behavior triggered me. I just don’t like it. It’s just one of those things, I’m like, leave my girls alone, you know? I was just over it at that stage.”

“And jealousy, I don’t think was a factor,” Daisy continued. “But I do think going around and kissing everyone, including myself, it’s still going to have an impact on me as a human. I’m like, I don’t need to be kissing you and you flirting with me. And then the next minute, someone else walks in. Whether there’s something there, there isn’t. I just don’t think it’s nice behavior. So I don’t know if jealousy is the word to use, but I would say yeah it had an impact. I don’t like kissing people and then seeing them kiss other people. Like, it’s weird. We don’t all need to share the same people.”