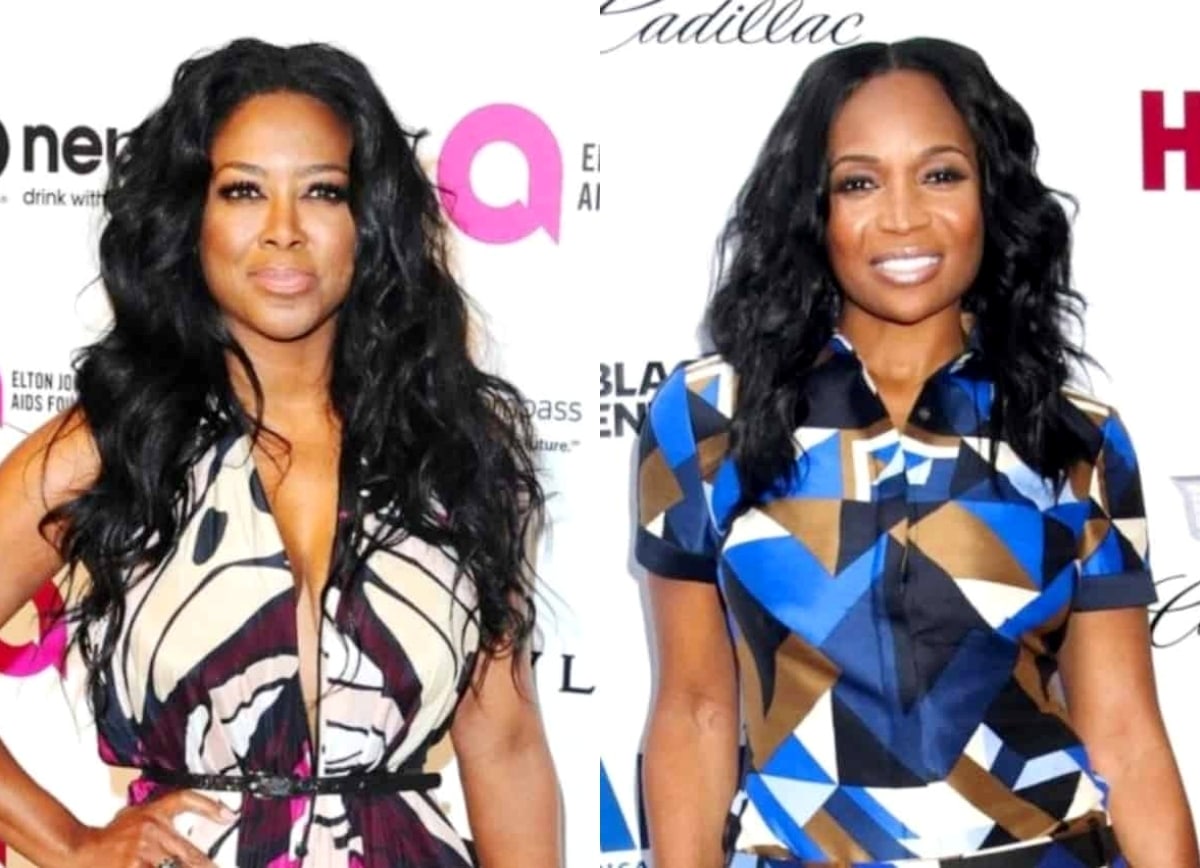 Recently Kenya sat down with Today to discuss the current season and cast and y’all, she did not hold back.

The self-proclaimed “Queen of Reads” straight-up went in on costar, Marlo Hampton, insinuating that it was a mistake to give Marlo a peach and called her actions “gutter behavior.”

“It’s gutter behavior, which declasses the show. A lot of the antics she uses … she thinks she’s making good TV, it’s just making her look like the devil she is,” she said.

Kenya also alluded to the fact that Marlo is acting in such a desperate manner in an effort to secure her full-time housewife status that she longingly vied for.

“She’s waited a hundred years for (a full-time role), and now she feels like I have to do all these things to keep this position. It’s just an exclusive club that had never let her in before, and now that we let her in, it’s like, did we do the right thing? Is the neighborhood ruined? It kinda feels like it’s heading that way,” Kenya expressed to the outlet.

“Deal with your own reputation. Stop trying to put things on Kandi or myself,” Kenya added.

So, who does Kenya get on with?

Kenya went on to explain how she likes newcomer Sanya Richards-Ross as she is a “peacemaker” and “not very problematic,” kind of “filling in the shoes” that former RHOA castmate Cynthia Bailey left behind.

As for Drew Sidora, Kenya has had no hesitation calling out her marriage to Ralph Pittman, Jr. as “toxic.”

“It looks like a very toxic relationship, and that is not beneficial to Drew,” Kenya said, adding that she has many “similarities” between Drew’s marriage and her marriage to Marc Daly, though the two have filed for divorce it has yet to be finalized.

Kenya then let into third-time housewife, Sheree Whitfield, saying that when Sheree and Marlo get together, they become “true mean girls.”

Kenya went on to explain that she reached out to Sheree to warn her about forming a friendship with Marlo, afraid her behavior may rub off on Sheree.

“I just didn’t want her to look foolish on T.V.,” Kenya told Today.

However, Kenya added who she would love to grace the RHOA cast. None other than the iconic Laverne Cox.

“I think she would be a freaking awesome housewife. She’s intelligent, she can read, she’s gorgeous, she’s sophisticated. She’s everything that I would want a housewife to be,” Kenya gushed.

Kenya also teased what’s to come for the rest of season 14 of RHOA.

“The second half of the season is probably better than the first half, the trips coming up, the fights coming up … pretty epic,” Kenya coyly replied.