Braunwyn Windham-Burke Discusses Falling Out With Noella Bergener, Last Text She Sent After Firing and Shades RHOC Cast, Plus Suggests Emily and Gina Are Fake Friends 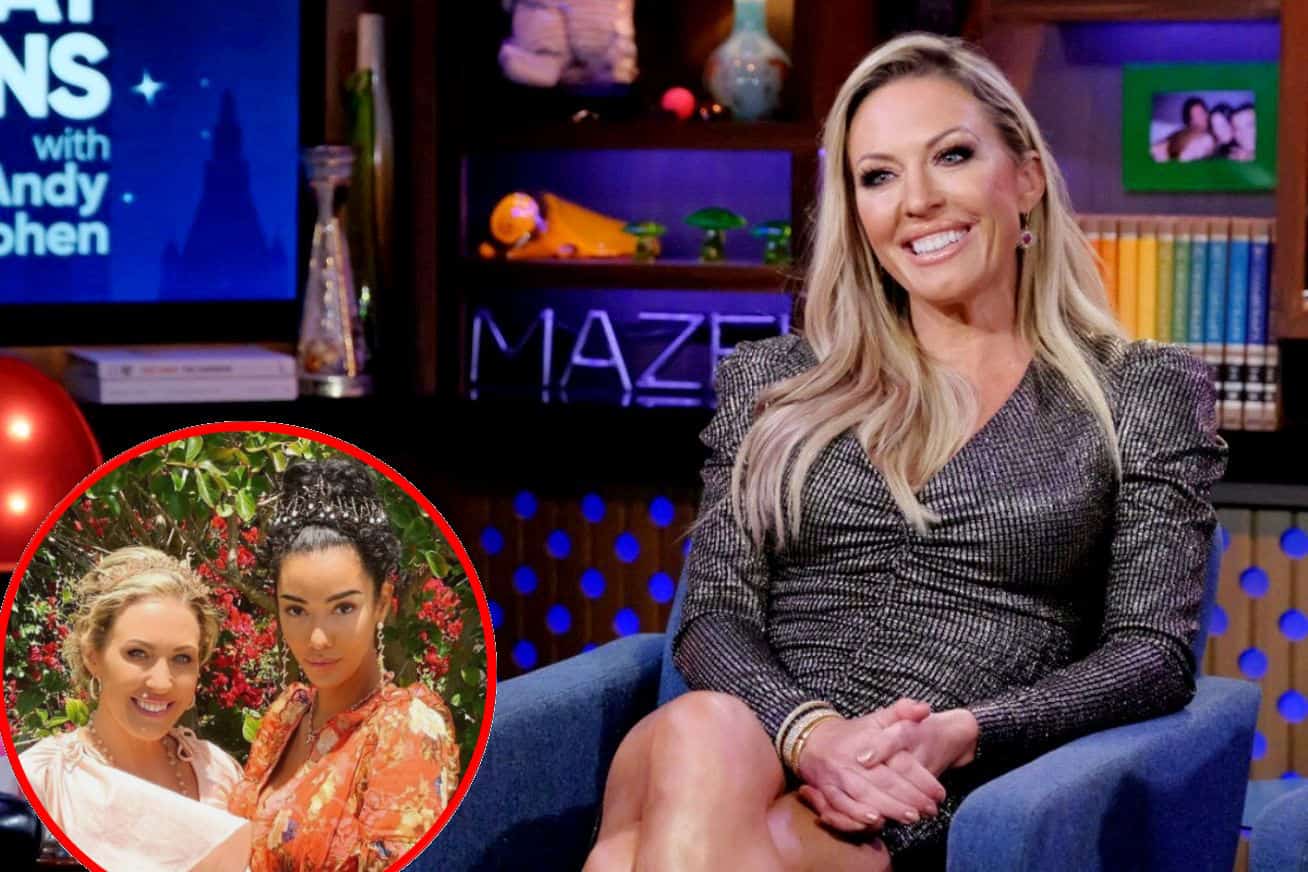 Before Noella Bergener joined Real Housewives of Orange County, her friendship with Braunwyn Windham-Burke was strong. (It was so strong, in fact, that people speculated on their possible romance.) After Braunwyn was fired from the show,  however, their friendship took a nosedive.

The mystery surrounding their falling out is often discussed in the Bravo world, but both women have remained elusive about the details.

But in a recent interview, Braunwyn shared more about their history — which isn’t as organic as it appears.

“[Noella] was already up for casting when we met … I was introduced to her through a producer,” said Braunwyn in an interview for the Behind The Velvet Rope podcast. “So we both knew going into it. Our friendship was meant for a reason.”

The alum clarified: “So when she got hired and I got fired, I called her first. She actually found out she was hired because I was crying so that was not cool with me. But she was my first phone call and then I got home and I wrote a text saying, ‘I wish you nothing but the best. It’s just so hard for me. I need a break.’ Then two hours later, I’m like, ‘I changed my mind. I miss you…’ She never returned my text. I sent her multiple ones.”

Braunwyn then shared “the last text” she sent Noella.

“I actually was making fun of myself. I’m like, ‘Okay, I’m not going to send you anymore. Cause I don’t want to add stalker to my list.’ Cause I was sending her text after text. She wasn’t replying. I was calling her, she wasn’t calling back and I knew it was rude of me to say, ‘Hey, I need a break.’”

“She eventually wrote [my husband] Sean an email saying, ‘Braunwyn’s tried to hurt my family. I know she’s been saying horrible things about me.’ Sean wrote back and said, ‘I’ve been with her the whole time. Like she’s not talking.’

Braunwyn shared her theory about what happened: “I have no proof for this [but]… I think someone that she trusted said something to her to push her away from me so that she would become closer to the other women.”

Who is the culprit? “I wouldn’t have been surprised if [it was] someone in production,” said Braunwyn. According to the alum, that “someone” perhaps told Noella that Braunwyn was speaking ill of her.

“I think that is the most likely scenario,” she said.

The former friends have spoken once since the falling out. “We did talk one day… I reached out when her father died and then… she called me on the phone and we have talked,” said Braunwyn. “But you know, there’s just so much there… I think we generally will love each other forever.”

During the podcast, Braunwyn eventually discussed the current cast of RHOC.

In Braunwyn’s opinion, Emily Simpson and Gina Kirschenheiter are “safe” in the cast because “they’re not polarizing” like “Kelly Dodd and me.”

In true ‘Housewives’ fashion, Braunwyn threw a little shade. “[RHOC] just kept the safe things. You know… moms in Middle America would like it. It was an interesting casting this year… It didn’t make sense to me at all. Especially knowing that like Meghan King was up, that Tamra [Judge] could have come back.”

Even Gina and Emily?

“Are they really [friends]?” asked Braunwyn. “They start posting right before casting to pretend that they’re… No, they’re not. They just know that they’re better together. So I think that’s what’s missing. There’s no heart or soul in the show anymore. It’s gone.”