RHOC’s Braunwyn Burke Denies Being “Romantically Involved” With Noella Bergener, and Suspects “Someone” Drove a Wedge Between Them 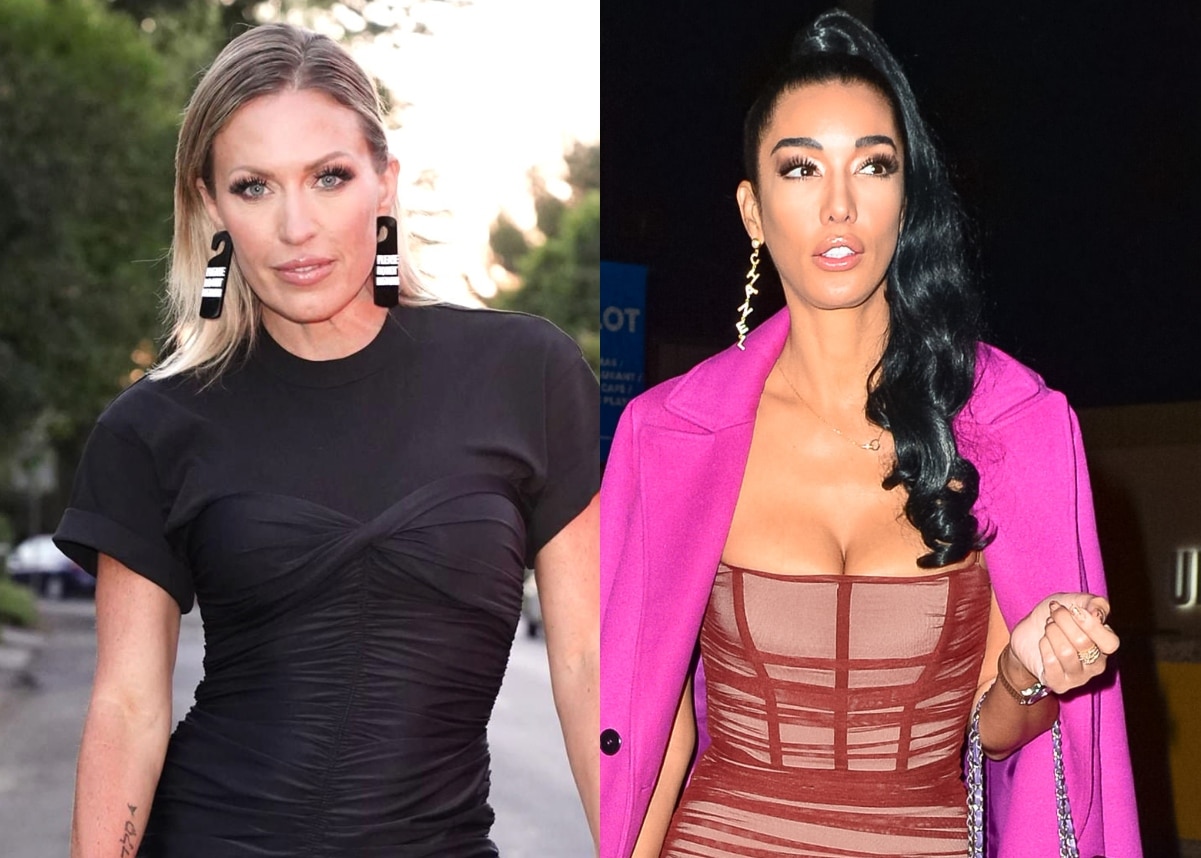 In 2020, Braunwyn Windham-Burke came out as the first openly gay ‘Housewife’ on Real Housewives of Orange County.

Before she departed from the show, Braunwyn recommended her friend Noella Bergener, who is now a regular cast member and openly bisexual. Within Bravo fandom, rumors swirled that Noella and Braunwyn were once an item.

On an episode of Two Ts in a Pod podcast, Braunwyn insisted the rumors were untrue. “I do want to make it very clear: we were never romantically involved. I’ve seen rumors like that,” she explained.

According to Braunwyn, she and Noella have a “sister”-like friendship.

“My first lunch with her, I was like, ‘I love this girl. She’s so open. She’s like me on crack,’” said Braunwyn. “Any crazy thing I’ve done, she’s done more! … But the thing that I love about her is she owns all of it.”

After Braunwyn learned Bravo was firing her, she soon found out Noella landed a spot.

“[Noella] was my first phone call. I called her before I called anyone else. I sent her a text message, like, ‘Oh my God, I’m so happy for you. You deserve all the beautiful things in life. I just need to take a break right now because this hurts so much,’” revealed Braunwyn, who wanted to stay on the franchise.

Later on, when Braunwyn tried to reach out to Noella, there was little to no response. “She ended up breaking up with me,” said Braunwyn. “For lack of a better term.”

“My best guess is that maybe someone we trusted said something to distance her from me,” she added. “This is literally me just throwing stuff out there because that’s the only thing that would make sense given how close we were.”

But the star hasn’t surrendered hope. “I do think when the show is over [we can be friends]. I miss her,” she expressed. “Things will happen in my life that are so crazy and there’s no one else I can talk to because she was the only person that fully understood the crazy and embraced me and loved me for it.”

“It’s very rare in life that you meet people like that,” said Braunwyn.

Perhaps the only question is who Braunwyn suspects is the rat. If her theory is correct, someone they mutually trusted threw a wedge in the friendship. Surely it wasn’t a castmate from Real Housewives of Orange County. None of them are known for starting drama, right?