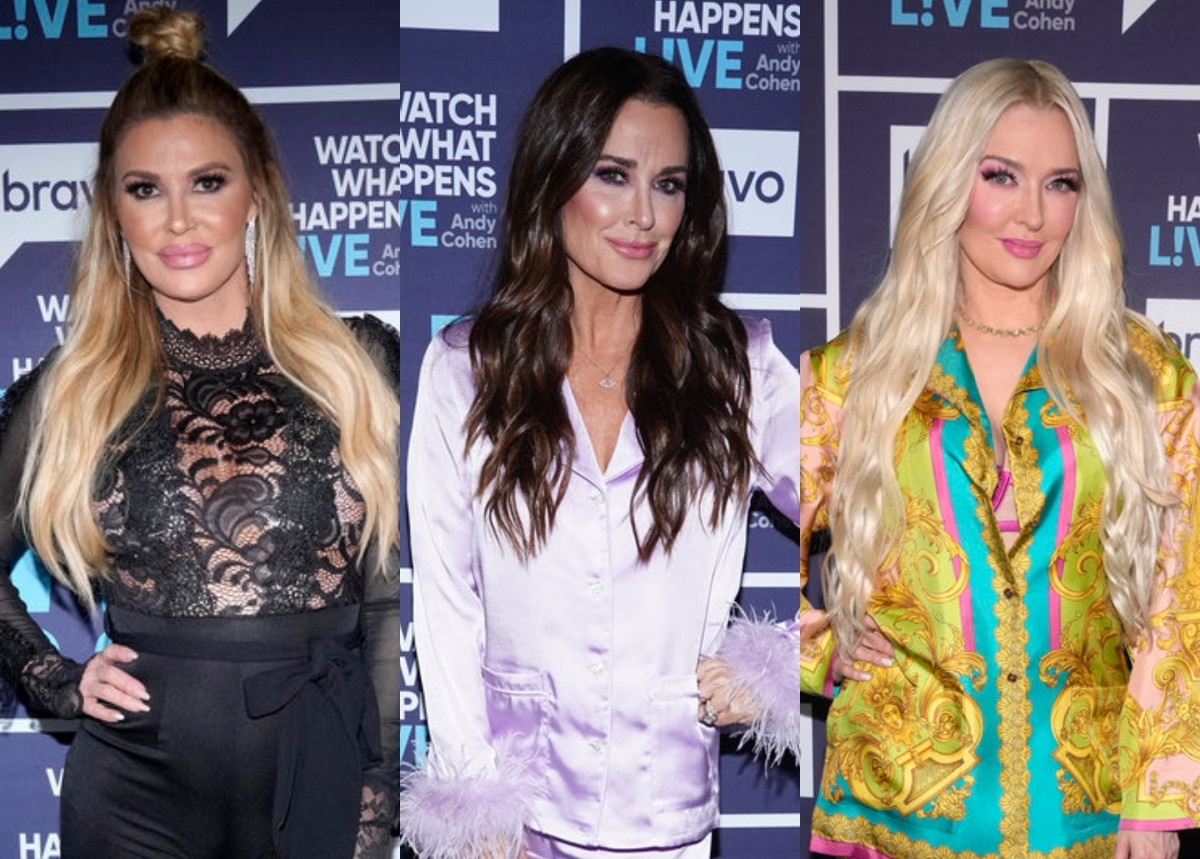 Brandi Glanville isn’t afraid of slinging shade at other Housewives.

In the past, the Real Housewives of Beverly Hills alum has eviscerated the franchise’s most valuable players, including Tamra Judge, Denise Richards, and Lisa Vanderpump.

In a June 28 interview (as Brandi discussed her appearance on Real Housewives Ultimate Girls Trip), the star teased a rap song she recently created. Now, the track has officially dropped — along with several bombs against her colleagues.

The song, “Life of a Housewife,” started off with a warning, “I tell the truth and do it to the max… Other housewives better watch their back, cause I’m spitting out the motherf**king facts.”

There were several alleged references to Erika Jayne’s lawsuits as Brandi mentioned “legal fees” and “zero f**ks.” She perhaps hit hardest with the line, “We got lawsuits in the millions.”

In addition to this, Brandi seemingly shaded her co-star Kyle Richards, who was accused of stealing her sister’s house. In the same line, as if to confirm she was talking about Kyle, Brandi allegedly referenced her good-looking husband Mauricio: “Not stealing cars but stealing houses, some hit the lotto with they spouses.”

The bombs, it seems, have officially dropped. Fans will be waiting anxiously for the fallout. How will her targets respond? Will they drop a few nukes of their own — or look the other way?

“Life of a Housewife” is available on Spotify and other music streaming services. The Real Housewives Ultimate Girls Trip: Ex-Wives Club is now streaming on Peacock, with new episodes on Thursdays.