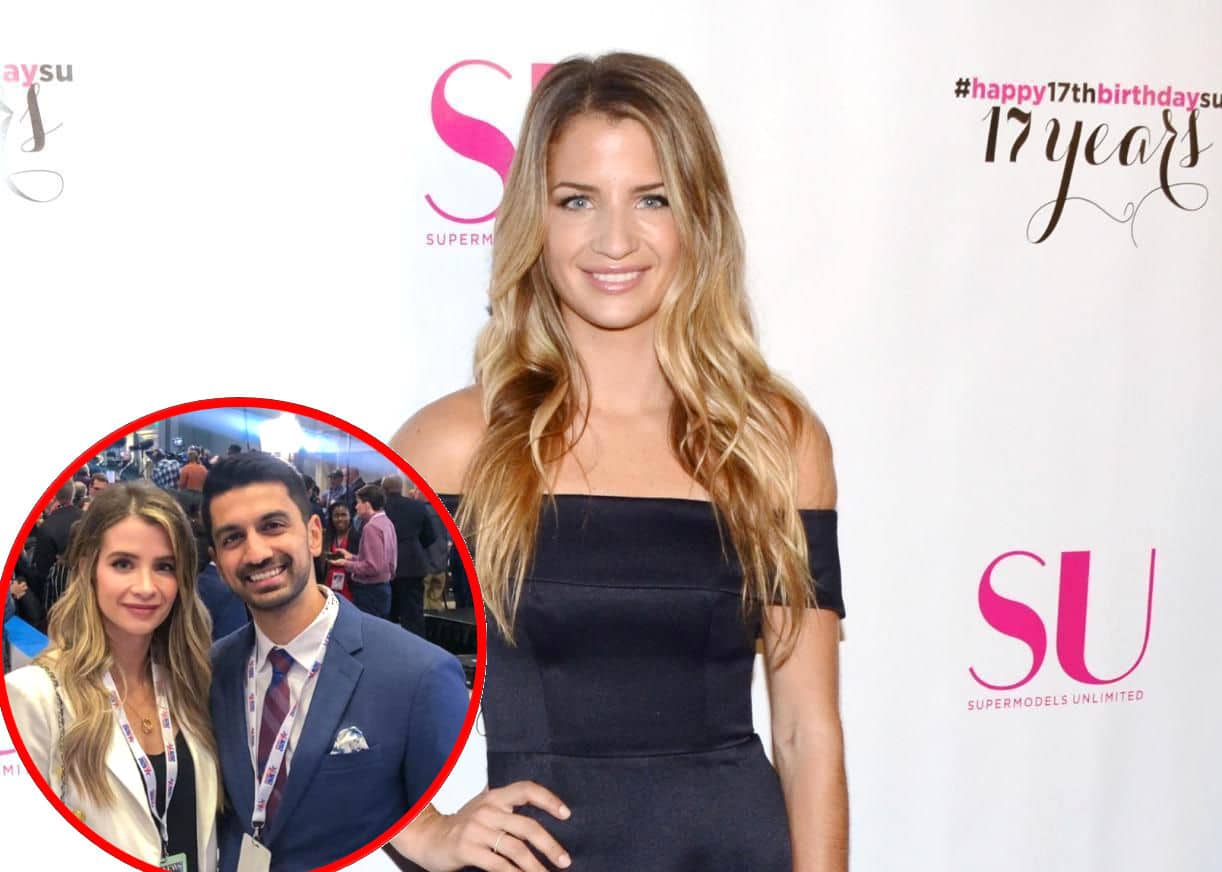 Fans of Southern Charm saw the love story of Naomie Olindo and Metul Shah blossoming out of the ashes of her failed relationship with Craig Conover. Three years later, the lovebirds packed their bags and headed to New York, ready to begin their lives together.

Ten days after the arrival, however, Naomie stumbled on something she didn’t expect: alleged evidence of an affair. After ending the relationship, Naomie swallowed her pride and moved back to Charleston, the town she had just kissed goodbye.

In an interview with People, Naomie revealed she has no contact with Metul.

“We talked when we first broke up, but we have not spoken since and now it’s been almost a year,” said the star. “It’s so crazy, but I don’t think that it’s healthy to keep talking with your ex… Once you discuss everything you need to discuss, there’s really no need to revisit that. The no-contact rule, I think, is very important.”

In some ways, the public nature of their breakup was helpful. “As hard as it was at the time… it was almost helpful because it helped me kind of have to deal with what was going on head-on, instead of just putting it off,” she said. “It held me very accountable to the situation.”

Other aspects were more difficult. “It’s hard enough dealing with something like that in private,” said Naomie. “But then when it’s made public, it’s just worsened that much more.”

Even in the midst of her heartbreak, Naomie had empathy for Metul, who was hated by many fans. “It was intense,” said the star. “It made me feel bad for him. It was at the point people were throwing drinks on him in bars in New York and messaging me about it. It was like, ‘I appreciate the support, but we don’t have to do this.'”

“The internet’s such a weird place,” Naomie added. “One day, everyone loves you, the next day everyone’s mad at you, so it’s really hard to put any weight on that.”

Overall, the breakup was a blessing in disguise. “It’s really the best thing that could have happened, I just didn’t know it at the time,” she said. “In hindsight I’m like, ‘Oh, thank goodness’ because I didn’t realize that it wasn’t a good relationship. I just thought everything was fine. But I’m really thankful because it really was the best thing that could have happened.”

“I just learned so much from the experience, the biggest lesson being the importance of not losing myself by trying to please someone else,” she explained. “That’s definitely something in hindsight I think happened, but I wasn’t even aware of it. So it’s in the forefront of my mind now. It’s helped me figure out what I did want and what I didn’t want.”

She expressed, “I hope people watching will see, you can sort of start over in life… And it may be embarrassing sometimes and not flattering and you may have to relearn some stuff, but in the end, you can take your life in a different direction.”

Naomie is now back in the dating game.

“I’m getting out there,” she shared. “I hope people watching [season eight] will see, you can sort of start over in life. And it may be embarrassing sometimes and not flattering and you may have to relearn some stuff, but in the end, you can take your life in a different direction.”

As Naomie returns to Southern Charm, many fans wonder if Cameran Eubanks and Chelsea Meissner — her close friends and former castmates — may also come back.

Naomie told the outlet, “I really missed both of them this year, and wish they’d film again, but they’re just so passed the point where they would ever want to come back… Cameran’s got a family and Chelsea’s doing so many other things, I just don’t think it’s in the cards for them.”

The star added, “I love them so much and still see them all the time; we definitely stay in touch. You just won’t see that on TV. It stinks cause they’re the best. They’re both so levelheaded and normal! I needed [them]!”

The three women departed from Southern Charm in 2020 before season seven. At one point, it seemed they quit because Kathryn Dennis spread rumors about Cameran’s marriage. The trio, however, later denied this.

After splitting with Metul, Naomie packed her bags (again) and returned to the Palmetto State. “I was sort of in a different place… I was like, ‘I’m back in town. I don’t know what to do. And I’m not sure where to go from here.'”

Luckily for Naomie, she still had connections in the Bravo cast (other than her ex-boyfriend Craig Conover).

“Venita [Aspen] and I went to high school together, she was a year below me, so we’ve known one another for 15 years,” she said. “And Leva [Bonaparte], I actually almost laughed a business together with her! We met her through Craig years and years ago and we quickly realized, ‘Okay, we’re not going to work together but we’re going to be best friends!’ I’ve really loved her since. She’s been such a supportive friend for such a long time.”

In the season eight premiere, Naomie fought with Kathryn, who harbored resentment over Naomie’s Instagram post from 2020.

“Shame on you Kathryn Dennis,” wrote Naomie at the time, referring to the rumors that Kathryn spread. “For this and MANY other things.”

In her recent interview, Naomie addressed the fight with Kathryn. “I actually was not even aware that she was still upset, or that it was still relevant, because it’s been so long,” she said. “But it’s sort of like hitting pause on something and then coming back months and months and months later. Nothing was really changed. It was like frozen in time, really.”

For the time being, the drama is back on pause while viewers wait anxiously for the next episode.