Home Keeping Up With the Kardashians Source Shares Where Khloe Kardashian Stands With Tristan Thompson Today as They Expect Baby No. 2 Via Surrogate

Source Shares Where Khloe Kardashian Stands With Tristan Thompson Today as They Expect Baby No. 2 Via Surrogate 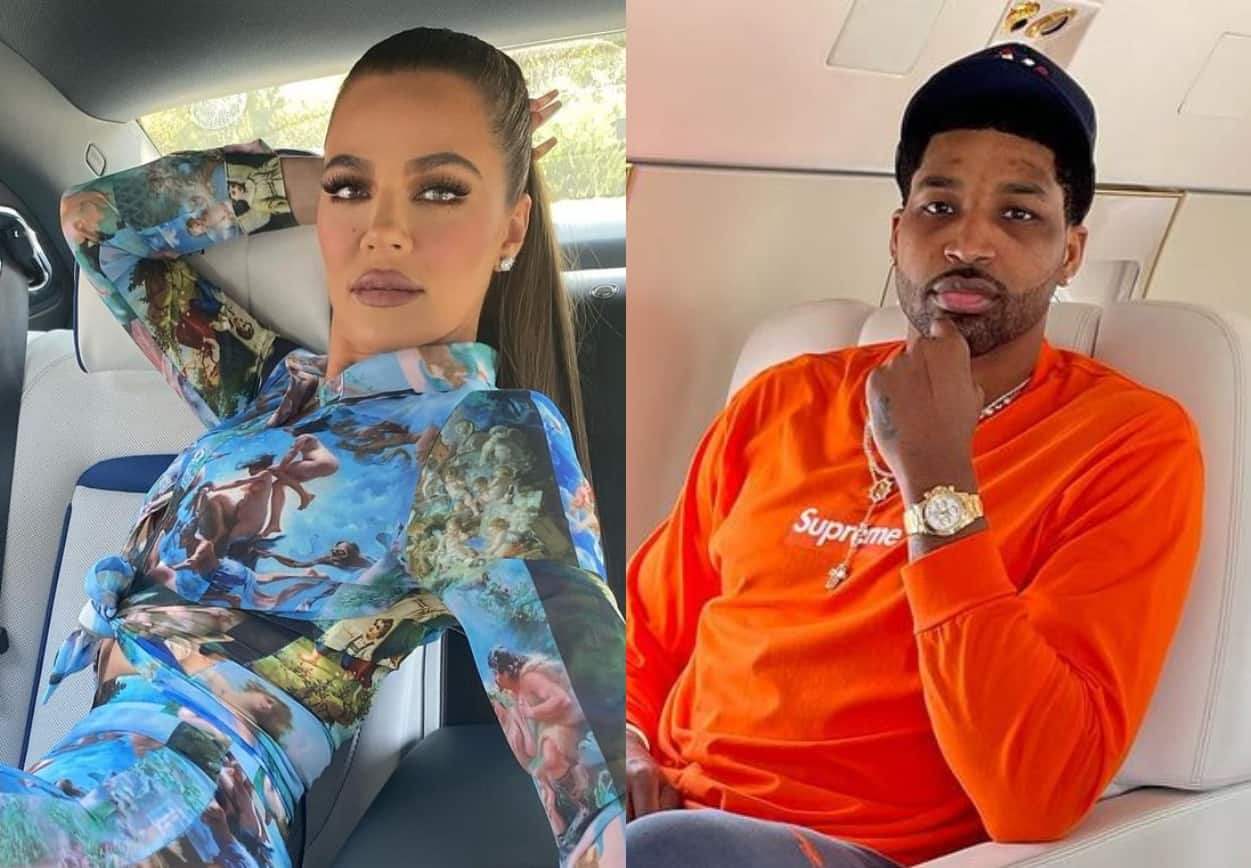 The Kardashians star Khloe Kardashian has confirmed that she is expecting baby number two with her ex-boyfriend, Tristan Thompson, via surrogate, and Khloe couldn’t be more thrilled.

Per People, Khloe’s rep issued a statement that she and Tristan would be welcoming the child via surrogate, saying, “We can confirm True will have a sibling who was conceived in November.”

“Khloe is incredibly grateful to the extraordinary surrogate for such a wonderful blessing,” the rep said. They continued by saying that the couple asks “for privacy so that Khloe can focus on her family.”

Khloe chose to go with surrogacy after a series of miscarriages and her doctor telling her carrying a child on her own would be “high risk.”

“I’m not gonna get into specifics on-camera,” Khloe said on an episode of The Kardashians, adding, “but they said it’s like an 80-something percent chance that I will miscarry. I almost miscarried with True at the beginning. But I didn’t know that was like a lingering thing.”

“This is all really shocking to me,” Khloé continued during her confessional. “All I’m trying to do is bring more love into my life and into my family, and I just seem to be running into more and more roadblocks. It’s really hard for me to digest.”

The news sent fans reeling because as we now know, the couple is no longer together after it was revealed that Tristan had cheated on Khloe a second time, this time fathering a child with his mistress, Maralee Nichols.

However, it should be noted that the decision to use Tristan’s sperm to conceive the child has already been agreed upon before the cheating confirmations came to light, and the two were still a couple.

A source close to people made sure to tell the outlet that Khloe and Tristan are NOT together despite welcoming the child together, and the child was conceived before news broke of Tristan’s cheating scandal.

“The baby was conceived via surrogate before it was revealed to Khloe and the public that Tristan was having a baby with someone else in December,” the source added.

According to Us Weekly, the couple is no longer on speaking terms. According to a source at the outlet, the former couple has “not spoken since December outside of coparenting matters.”

So, how does Khloe feel about Tristan’s dalliances now?

On a June 2022 episode of The Kardashians, Khloe made her feeling very clear, calling Tristan’s actions “despicable.”

“I am replaying every event, every grand gesture, every [trip], and date. All of that was a lie,” Khloe stated. “Everything is an act of betrayal. Everything is a lie. Everything is manipulation [and] it is deceit. Did Tristan have every opportunity to tell me? Yes. Was Tristan going to tell me if there wasn’t a baby involved? Absolutely not. And that shows a lot about his character. The entire thing is despicable.”

Things are looking up for Khloe, though, as it was confirmed that she has moved on from the travesty that was her and Tristan’s relationship and is now dating an unnamed private equity investor.

Catch up on recent episodes of The Kardashians on Hulu.