Home Keeping Up With the Kardashians Khloe Kardashian on How She Learned of Tristan’s Paternity Scandal, Plus KUWTK Star Admits to Photoshopping True in Family Pics at Disneyland

Khloe Kardashian on How She Learned of Tristan’s Paternity Scandal, Plus KUWTK Star Admits to Photoshopping True in Family Pics at Disneyland 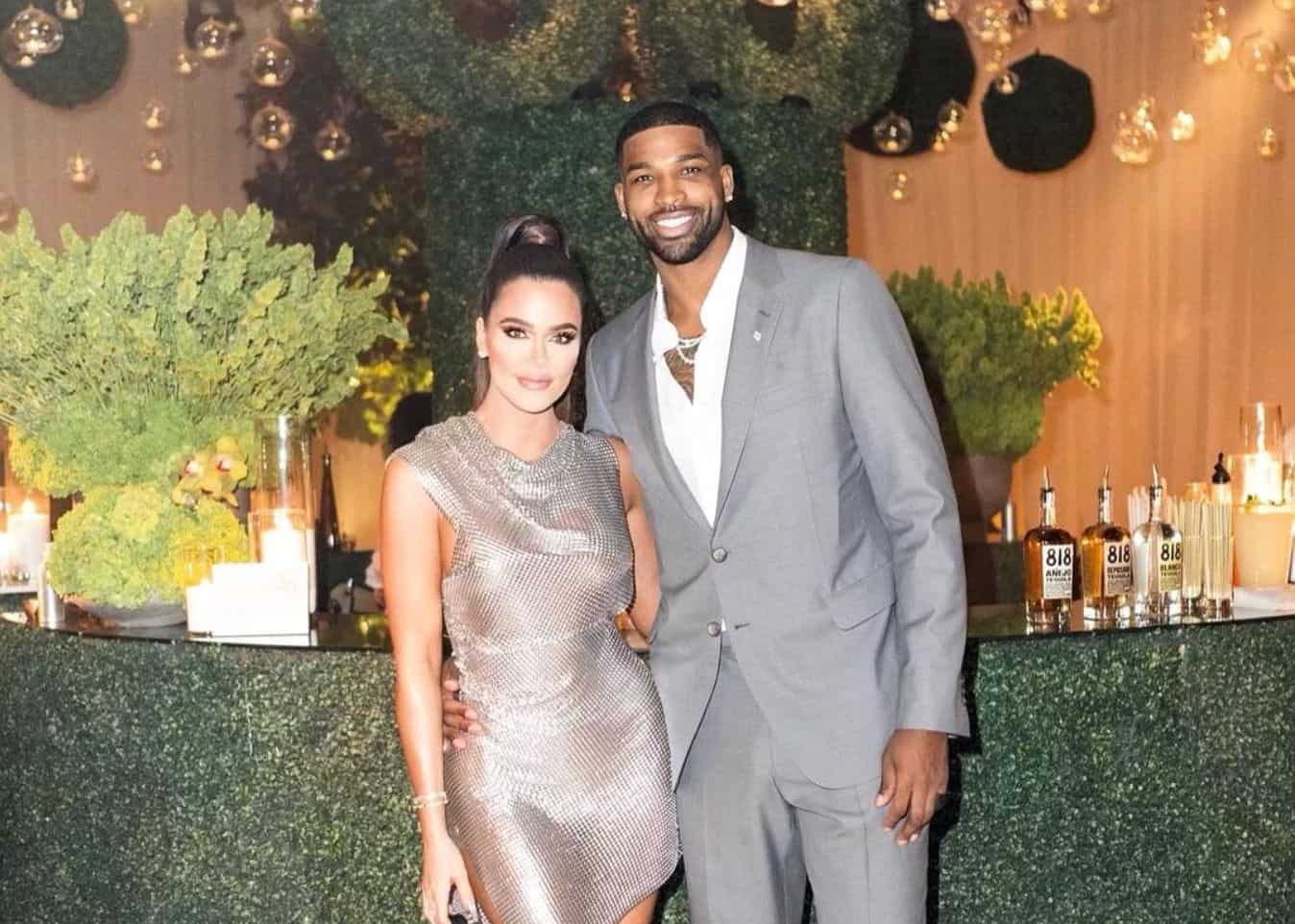 Khloe Kardashian opened up about her hardest moment of filming on The Kardashians during an interview on Wednesday.

While looking back at production on the debut season of her and her family’s new Hulu series, Khloe said it was a major struggle to get in front of the cameras as she learned her on-again, off-again partner, Tristan Thompson, had been caught cheating on her once again.

“That was hard,” Khloe told USA Today on April 13, noting that it was her sister, Kim Kardashian, who called her with the news.

“I think that was hard for me too,” Kim added.

According to Khloe, learning that Tristan had gotten another woman, Maralee Nichols, pregnant, was like “déjà vu.”

“I think the first time it was either Kendall or Kylie that called me. Now it’s good old Kim,” she explained.

While Khloe had been down this road before, she admitted the pain “doesn’t get easier” but said she has “become more numb” to it.

“When you’re hurt so many times  – your reactions, your responses to the same thing happening over and over again – there is a numbing sensation to it,” she shared.

Mom Kris Jenner also weighed in on the situation, saying that moments such as this “are a bit shocking, but you’re not really focused on the filming of it at all until you watch it back.”

Khloe also spoke of her relationship with Tristan during an interview on Good Morning America, telling host Robin Roberts, “I think he’s a great guy and a great dad, he’s just not the guy for me.”

.@khloekardashian to @RobinRoberts on @RealTristan13: "I still think he’s a great guy and he’s a great dad, he’s just not the guy for me." https://t.co/OxoWUSZxWS #TheKardashians pic.twitter.com/52YohIsFoF

In other Kardashian news, Khloe came under fire earlier this week after she was caught photoshopping old images of True.

“Khloe said today is True’s first time at Disneyland… the Disney photoshop conspiracy theory is back. I’m sure they had a good reason for having to cover up Stormi in the photos I just think it’s interesting and funny,” a Kardashian fan page on Instagram wrote on April 12, along with a couple of photos shared on Kim’s page in December 2021, which featured True (allegedly) with Kim’s daughter, Chicago, in Disneyland.

“Welllppp I f-cked this one up. Anyways… Let’s focus on something else,” Khloe replied. “Our show airs in a few days.” 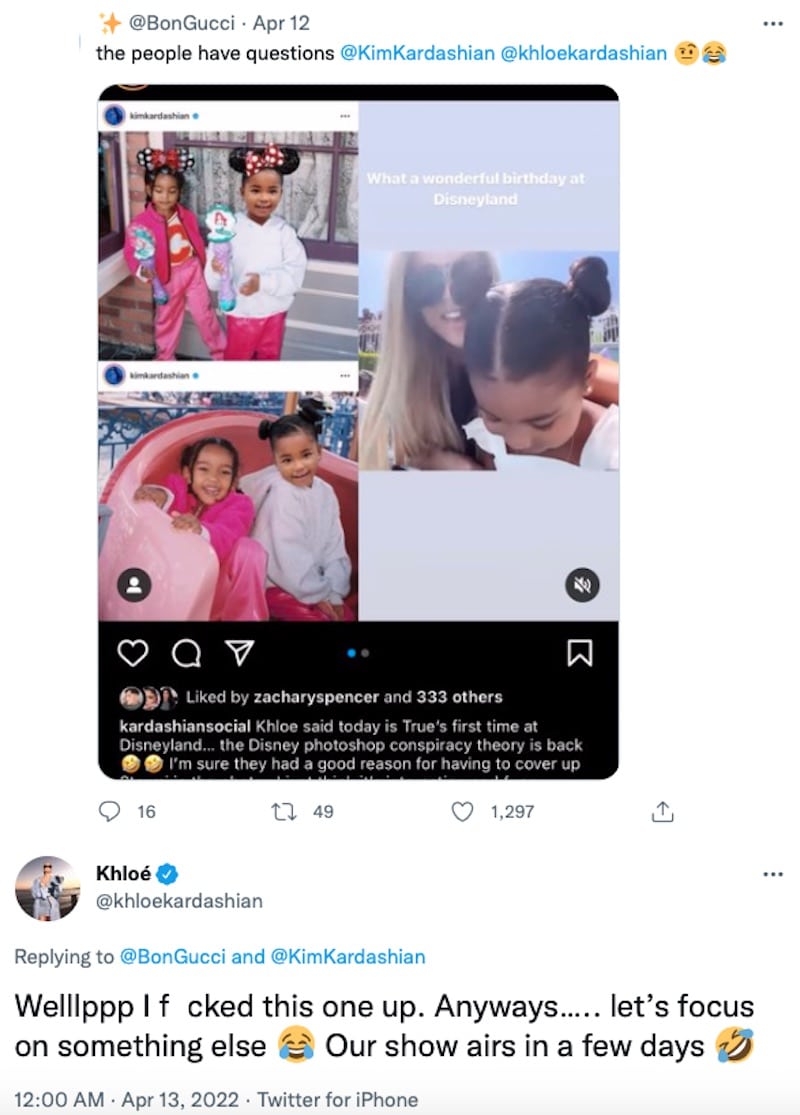 The Kardashians is currently streaming on Hulu.