Home Keeping Up With the Kardashians Scott Disick is “Losing” It and “Furious” Over Kourtney Kardashian’s Engagement, “Very Jealous” After Proposal is Filmed for Hulu Series

Scott Disick is “Losing” It and “Furious” Over Kourtney Kardashian’s Engagement, “Very Jealous” After Proposal is Filmed for Hulu Series 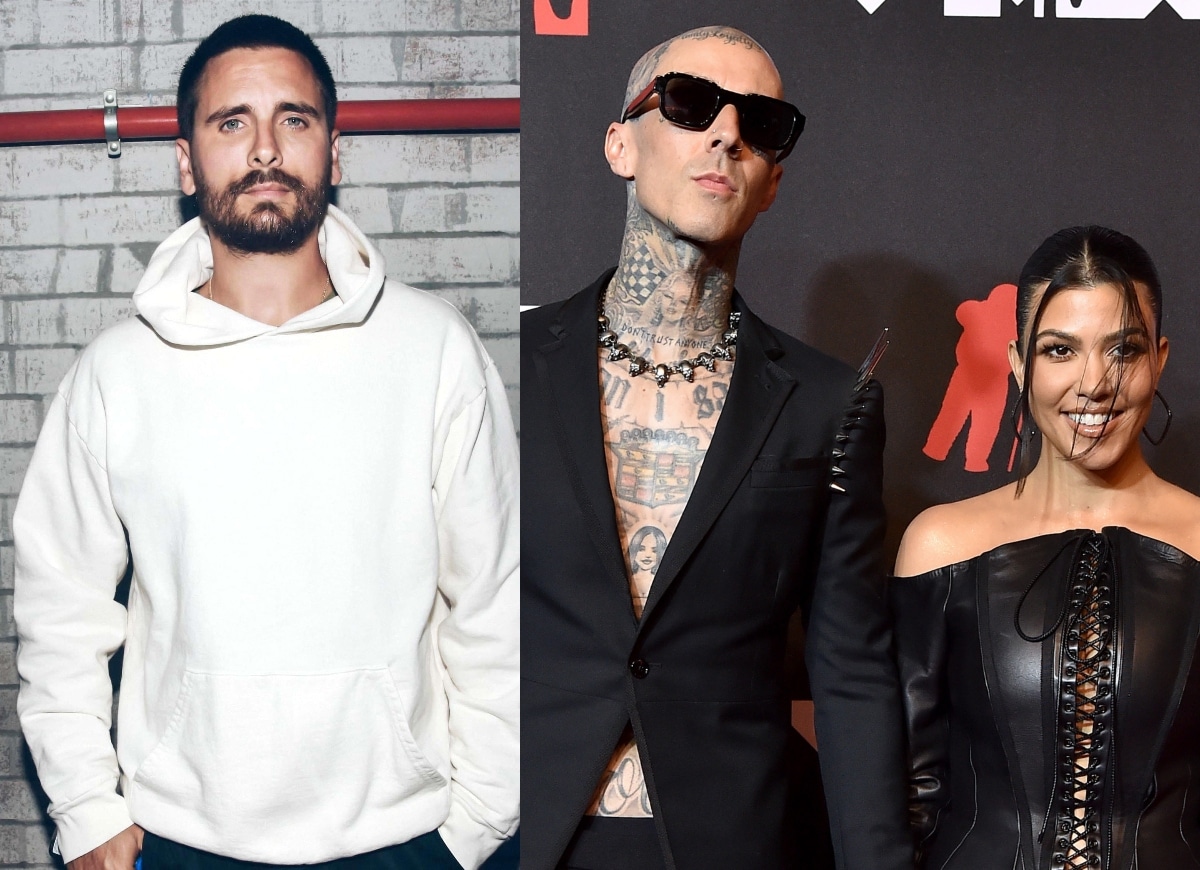 While the Keeping Up With the Kardashians alum, who also starred in his own spinoff, Flip It Like Disick, has yet to release a public statement regarding the news, sources claim he’s absolutely losing it and feeling “very jealous” about his ex-girlfriend’s PDA-filled romance.

“Scott is losing his s**** right now over Kourtney’s getting engaged. He feels like he deserved some sort of warning that this was coming, but he really didn’t,” a source revealed to Hollywood Life on October 18. “This is what Kourtney has wanted her whole life and it is what Scott refused to give her. Now he has to deal with the consequences of his actions, or lack thereof, forever.”

According to the report, Scott has long faced rumors of being unable to fully move forward from his nine-year relationship with Kourtney, which came to an end in 2015 after they welcomed three kids, including Mason, 11, Penelope, 9, and Reign, 6. And while he recently dated Amelia Hamlin for nearly one year, he seemed to be more concerned with the happenings of Kourtney and Travis.

As KUWTK fans may recall, Kourtney’s ex-boyfriend, Younes Bendjima, leaked a DM he reportedly received from Scott. In the DM, Scott was seen reacting to a photo of Kourtney and Travis making out in Europe.

“Yo is this chick ok!???? Broooo like what is this. In the middle of Italy,” he wrote in the alleged message.

Another report, shared by Us Weekly, added that Scott is “absolutely furious” about the engagement.

“He knew it was possible, but is very jealous of Kourtney and Travis’ relationship,” the insider said.

And while Scott allegedly believes Kourtney and Travis “could call things off before the wedding,” a separate source said the couple is “on cloud nine” and has the full support of both of their families, including Kourtney’s sisters and her mom, Kris Jenner, and Travis’ two kids, Landon, 18, and Alabama.

In addition to many members of the families being present for the proposal, Hulu cameras were also seen filming the special moment, which took place at the Rosewood Miramar Beach Hotel in Montecito, California.

“The engagement was filmed for the new Hulu series, it’s going to look amazing,” a source confirmed to Us Weekly.