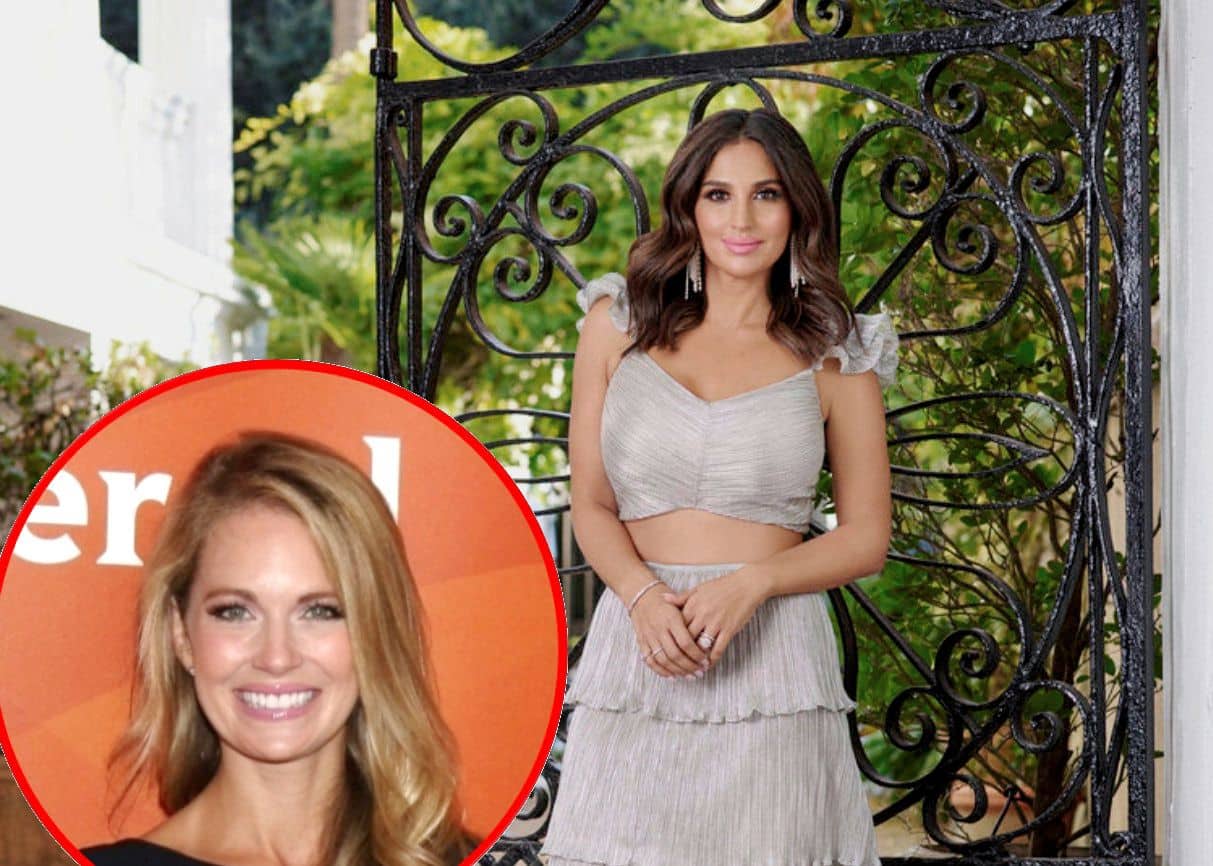 Leva Bonaparte has an interesting history with her Southern Charm castmates. In December 2021, fans discovered she unfollowed most of the cast, but the reason was a mystery.

According to a theory, Leva’s upcoming spinoff, Southern Charm: Leva Land (which showcases her nightclubs and restaurants), stoked the jealousy of her colleagues, who perhaps were bitter during the season.

In an interview for Behind The Velvet Rope with David Yontef, Leva was asked about her co-stars’ “games.”

She seemed to address her colleagues directly: “I don’t feel like I play the game. I feel like I don’t have the bandwidth to play the game… I am too tired in like real life to even figure out what your stupid plan is. Like, all I know is I don’t like what you said or I don’t think you’re being nice.”

The star continued, “I get accused of being agenda-driven or being whatever, but I’m like, I really don’t have time, bro… The fact that I can even have some social time is a big deal. So I certainly do not have time to think about what I’m, how I’m going to maneuver my social experience.”

Some of her castmates, however, are in a different boat. “I do think that some people have the time to [play the game]. And I just don’t,” she said. “I’m either like, I like you or I don’t, or I’m invested in you or like, we can be cool but I’m not invested in you… Like I don’t care what you say, unless it’s something that needs to be checked.”

Leva expressed, “The group’s a lot younger than me, they’re in their early thirties and I’m in my, almost in my mid-forties. So it’s just a different life space… I’m really not here to compete with you or do whatever, or have an agenda.”

The star also explained why she unfollowed her cast members: “I think [at the time] I had just grown tired of a few things and it was like, I didn’t think any blogger was going to pick that up. I did that for my personal, like mental health. Cause I was just like, I am tired of these games… My biggest pet peeve is like, when five people, like let’s say three people are angry at one person and then three other people pile on… That’s one thing that I was just like, all right, I just need a little, I need a little space. I don’t need to like your selfies right now. I need a little space from your face.”

When asked to give advice to the Southern Charm couples, Leva seemed to shade her co-stars’ relationships, claiming they weren’t that “deep.”

“I don’t think any of them are like there yet. They’re not in, they’re not in the deep waters, any of them,” she said. “They’re like in honeymoon stage… My relationship is like over a decade old.”

The mother-of-two added, “There are some sides of Shep [Rose] that are sort of similar to me, where he maybe tortures himself a little bit, kind of a little bit hard on himself and then he ends up projecting it onto Taylor [Ann Green]… I talked to Shep about it, and you know, Shep can also be, he’s kind of like a proud guy and he can get in his own way a little bit… but he has such a good heart.”

“None of [the couples] are in those deep waters yet for those kinds of conversations, they’re like taking selfies and traveling the world and like having fun, being cute. Like it’s not there,” she said.

Leva also addressed the physical altercation between Craig Conover and Austen Kroll, which was shown in the season eight trailer. “The boys just, they go from having a great time, doing some sort of activity to like, whoa, grumpy men, like grumpy old men, just like bitter at each other. And then it gets really intense,” she said.  “And you’ll see us girls, it’s just like, I’m just going to stay out of their way.”

“And then they end up resolving it,” she said. “[Craig, Austen, and Shep are] are weird. They’re like a throuple. They’re just literally like love one day, hate one day. They fight so hard. They’re very like toxic for a throuple… You never know when that fight is coming.”

Leva then teased her upcoming spinoff. “Kudos to my cast. They’re just really, really interesting kids with interesting lives and interesting stories and they’re young and I’m so proud of them for being as transparent as they are,” said the restaurateur. “I think you’re going to see stories you’ve never seen on Bravo, which I’m proud of Bravo for covering.”

Leva hasn’t heard from Lisa Vanderpump or Kandi Burruss — both of whom have restaurant shows on Bravo — but she quickly pointed out that her show is “different.” She also discussed her friendship with Cameran Eubanks (who introduced her to the franchise).

“[Cameran and I] had a, really, a very, very tight bond for like, I think short of like a decade. But then when I joined the show, it sort of got a little awkward because I know she didn’t want to know anything about the show. And I think it was a hard time for her. And it’s kind of hard to not talk about the show with your friends, because it’s kind of your life.”

She went on to say, “It became a little sore point for, I think for our friendship… I see her obviously on social media and stuff and we’re, we’re friendly and stuff like that. And we live on very opposite ends of town too… Once she moved to the other end of town, it’s been difficult to see her.”

Is this a sign that the friendship is on the rocks? Perhaps the issue will be addressed in her future spinoff.