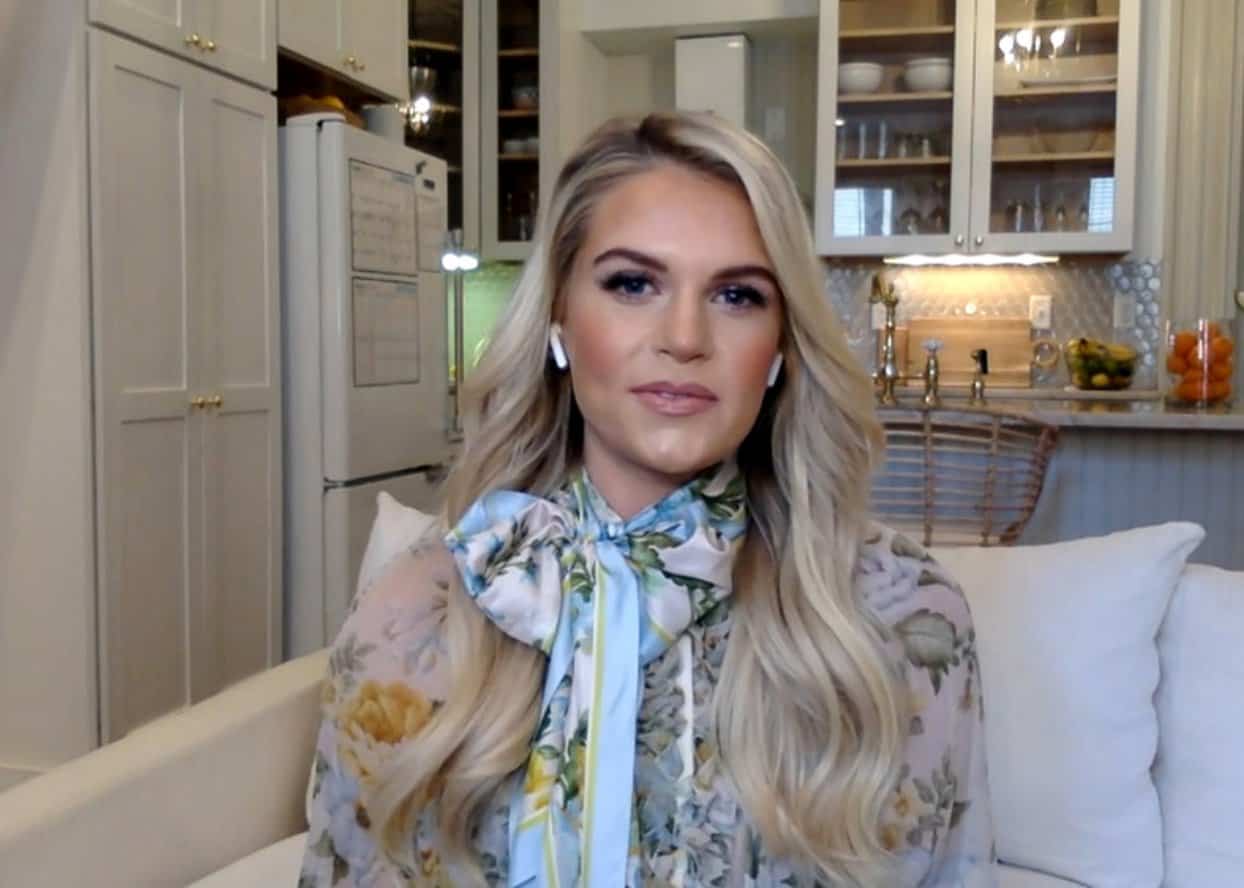 In October of last year, Madison LeCroy became engaged to Brett Randle. At the start of their new romance, the Southern Charm star was freshly single, coming out of a tumultuous relationship with ex-boyfriend Austen Kroll.

Madison announced the engagement on Amazon Live. Many fans were excited for the 31-year-old, who was arguably mistreated by her ex.

In an interview with ET, Madison discussed her upcoming nuptials, which will transpire in November — without Bravo cameras. “My wedding is going to be 35 people and just family,” said Madison. “So it’s just going to be an intimate moment and I want to keep it that way. … It was just kind of one of those things that if Brett didn’t know this person, as much as I did, like, we just needed to make sure that the people that were there that knew us as a couple.”

Castmate Venita Aspen added, “You protect your diamonds, you don’t share them… That’s what she’s doing.”

Although Brett was not filmed for the current season of Southern Charm, Madison teased the possibility — one day, perhaps.

“I know this relationships going to work, and I want it to work so bad that when we bring in everyone else [i.e. cast members, crew], you see how this goes all the time,” she said. “I think it takes a special kind of person to do reality TV, to be honest. But it’s just not his forte. It’s not his style, but I think he’s warming up. So we’re not going to say never, I’m trying to let him know that it is not as bad as it was.”

Madison was alluding to the dramatic conclusion of her on-off relationship with Austen. “I was depressed, emotionally and mentally drained by that previous relationship,” she explained. “Austen’s not husband material, and I have quickly realized what that is, and I’ve been put on a pedestal in the relationship that I am in. And I think that every woman deserves that kind of love. And as you can see, it definitely has changed my outlook on everything really. I mean, just overall being happy and not in a toxic situation.”

“Out of the three years of the gray area, we had never talked about marriage or anything like that,” she expressed. “So it was definitely refreshing to be with someone that knew exactly what they wanted and wanted the same things.”

“It was a college kind of relationship,” the star added. “It was just fun and you know, everybody likes some drama sometimes, but it’s… I am so blessed to be out of that.”

Madison addressed the reactions of Austen, Craig Conover, and Shep Rose after her engagement announcement, which was showcased in a recent episode when Shep asserted that Austen didn’t “[dodge] a bullet, maybe a cannonball.”

“I think we know that I’m the one that dodged the bullet or cannon,” said Madison. She then spoke about Austen’s controversial love triangle on Summer House, which resulted in chaos.

“I feel very validated in that and I am just happy that everyone was able to see how he really is and what he, I don’t know… I don’t want to cuss on here, but F-boy ways,” she expressed. “He’s not a one-woman kind of man.”

Despite their many issues, Madison was grateful that Austen didn’t attempt to destroy Madison’s engagement news. “I thank him for that, because I think that I was expecting some kind of maturity out of him to, even congratulate me,” she said. “I was more shocked by the guys having more to say, betting [on if my relationship would last] and all, but I think they’re all jealous. Like I said, they’ve all tried to hook up with me and that just didn’t work.”

Madison then addressed her tense encounter with Austen’s new romantic partner, Olivia Flowers, which was teased in the season eight trailer. At the end of their argument, Olivia stormed off while flipping Madison off.

“Honestly, I was shocked to get a double bird flipping at me,” said Madison. “If I were to do that, could you imagine the names I would be called? So whether that’s trash or trust-fund trash, does it really matter? It’s just kind of like, wow, you just flicked me off? She had to leave the table. But I think that was smart for her. But actually I was giving her a compliment. I guess it then later didn’t turn out that way. I think everybody knows it’s better to be on my good side, because I can either be your best friend or your worst enemy.”

This side of Madison was perhaps showcased on the season seven reunion, which Venita called a “dumpster fire.” During the taping, Craig and Austen grilled Madison about her alleged romance with Alex Rodriguez while he was engaged to actress Jennifer Lopez.

Although A-Rod and Madison denied having a sexual relationship, she claimed he sent her direct messages.

When Madison was thanked for contributing to Bennifer 2.0 (Jennifer’s now-relationship with Ben Affleck), Madison simply smiled and said, “My lips are sealed.”