Home Real Housewives of Atlanta News RHOA Recap: Marlo Breaks Down and Kicks Out Costars Amid Cast Trip, Plus Drew Calls Fatum Sheree’s Lapdog as Their Feud is Reignited

RHOA Recap: Marlo Breaks Down and Kicks Out Costars Amid Cast Trip, Plus Drew Calls Fatum Sheree’s Lapdog as Their Feud is Reignited 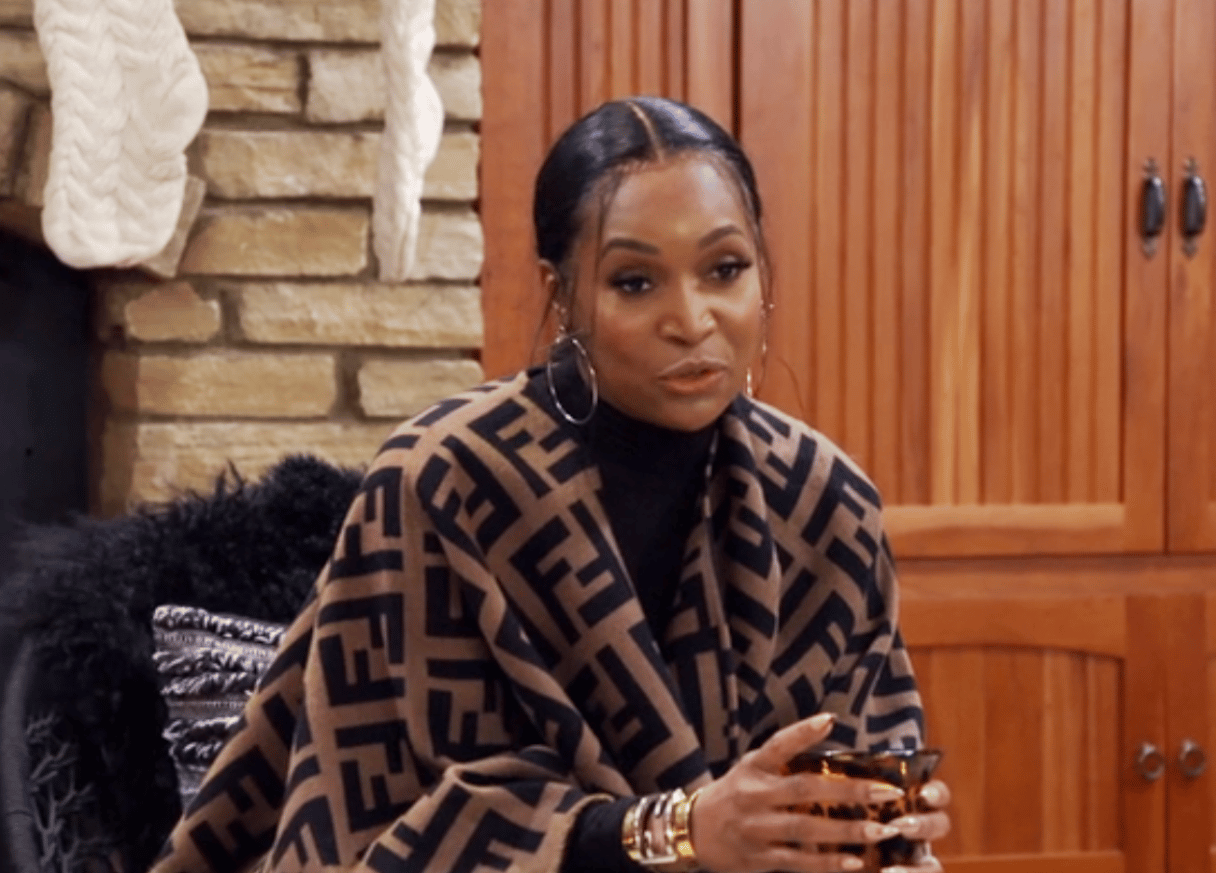 On this week’s episode of the Real Housewives of Atlanta, we have grown women behaving badly — again. I tried to find some precious gems in this episode, but all I could retrieve was a rawhide dog bone. Grab a libation and let us get through it, shall we?

Marlo shares with the group that they will be going gem mining and just having some innocent girl time. She tells the other girls if Kenya does not come for her breakfast, she is persona non grata. Kandi is afraid Kenya might get attacked by Yogi bear while staying in a cabin alone in the woods. Drew, who must be channeling Elton John with her giant purple glasses, chats with Ralph about her concerns/premonition about Fatum Alford showing up. It is always interesting to hear how the ladies interpreted the previous evening — you can clearly see the battle lines are drawn.

Kenya arrives just in time (or no coin) to meet Marlo’s breakfast deadline. She shares with us that she stayed in her own beautiful cabin just down the street. Drew and Sanya look thrilled that Kenya has come, and I am sorry, but their exuberance is so fake.

Kenya is not willing to be buddy-buddy with Marlo. She acts like she is thoroughly enjoying herself but ignores Marlo/Bravo, who is hosting the event. Marlo, on the other hand, is determined not to let Kenya spoil her vibe, but we all know Kenya can upset the peach cart when she chooses to. Marlo asks Kenya to come privately chat with her when she gets done with the house tour. She thinks that if Kenya has any “courtesy,” she will come and talk to her.

Sanya tries to get Kenya to go and at least get her gift from Marlo. Kenya shares that she does not have enough sage to protect her from the demons that might come from the gift. She cannot believe that Marlo gave her nephews back, and she relates it to what happened when she was a child. Kenya ran away when something similar happened, and she thinks it adds to a child’s trauma. She thinks if she can treat her own blood like that, how can she expect Marlo to treat her well?

Sanya shares with Sheree that Kenya dropped a lot on her, and she wants to carry that info to Marlo. She thinks she is not acting like a bone collector but more of a peacemaker. Marlo is visibly disturbed that Kenya is trashing her choices regarding her nephews. She acts like she was on some peacekeeping mission on this trip and wants Kenya to come to her summit. Marlo will not allow Kenya to board the bus unless they can talk it out. She also wants Kenya to keep Michael and William out of her “60-year-old” mouth.

Kenya asks Sheree if she is prepared to chat with the business coordinator she has provided. Kandi tells Sheree she has the best branding with no merchandise on the market. That is some truth there! Sheree appreciates all the help and advice she can get. Oh boy, Drew is sh*tting her pants when Fatum arrives since she allegedly could not attend. Can production be any more obvious with their manipulation? Kenya is still ignoring Marlo when she tells her that she needs to talk to her before loading up in the van.

Marlo must follow her down the stairs to get her conversation time with Kenya. Kenya is running around the house to avoid her and maniacally laughing. Marlo is pissed that Kenya is acting like she is scared that she will get violent. Kenya will not speak to her one-on-one. She is still sticking her finger in Marlo’s dirty cage, trashing her choice to throw out her nephews. Marlo wants them to leave without Kenya since Kenya, the icon, does not want to ride with Marlo the ex-con. The timer starts a countdown, and it’s been 30 minutes, 60 minutes, and now 90 minutes, and they’re still sitting in the driveway. Sanya is trying to talk to Kenya, and she is being dismissive to her, and Sanya surmises that this is Kenya’s modus operandi. Poor Monyetta cannot believe what she signed up for, and I do not know about you all, but why did this classy lady not get a peach?

Since everyone is getting annoyed by this stupid standoff, more tensions arise. Drew does not want to ride in the car with Fatum either since she clearly has gotten on her last d*ck nerve if she had one. Security must pull those two apart when they start getting aggressive with each other. This is ridiculous how they are wasting a beautiful day acting like unruly kids. Drew then starts barking at Fatum and calling her Sheree’s lapdog. Kandi and Monyetta decide to go and take some photos, and they grab Kenya. They at least start having fun videoing themselves jumping on the trampoline. Kenya defends her annoyance with Marlo and compares it to how Marc treated her in their marriage. Sorry, Kenya (Ken), I do not believe that anyone could treat you worse than your soon-to-be ex.

Marlo is crying and seems to be really upset that Kenya will not talk to her. Marlo and Sheree decide to release the bad energy, and Kandi thinks they need to jump it out. She is now willing to allow Kenya to go, but she cannot ride in her car.

Are you kidding me? Did that sign at the gem place just say that guns are allowed on the property? Kenya decides to pull the business owner’s Trump signs off the wall, and that was a little funny but uncool no matter which side of the aisle you fall on. He had to keep his place closed to other patrons since these b*tches were already over two hours late. Drew finds this gem mining experience to be boring, and frankly, so do I. Fatum is clearly gunning for Drew, and they are like rivals at the school lunch table and must be separated. WTF is Marlo wearing in her ITM? Marlo looks like she belongs behind the counter at an old-fashioned ice cream parlor.

Marlo feels like this ill-planned activity was a total mess. She wants to pack her bags and go home since she expected support from the group — for ditching her nephews. Marlo regrets inviting Kenya on this trip, but we all know she had zero say in that matter. She instructs Sheree, aka Marlo’s loyal soldier, to tell the other ladies that everyone is meeting in the living room in five minutes.

Marlo shares the reason for the trip has been for her to recharge, and she is in more pain instead. Fatum apologizes to Marlo since Drew attacked her and has therefore provoked her. Drew then bizarrely throws a rawhide bone to Fatum. Sanya cannot understand who brings dog treats on a trip when they do not have a dog. LOL, me either, maybe she feeds Ralph some doggie treats when he behaves like a dog? Marlo tells the ladies that she has called for cars to come to pick them all up. Kandi and Sanya cannot believe they are being tossed out after they did nothing wrong. Marlo should have had Kenya and Fatum sent home and tried to enjoy the rest of the trip. It is so disappointing that this franchise has sunk to the levels that it has and clearly needs to be revamped.

Next week, Marlo is afraid that she failed her nephews. Drew and Sheree go at it over her lapdog, Fatum. Take care, Blurbers, and be well!