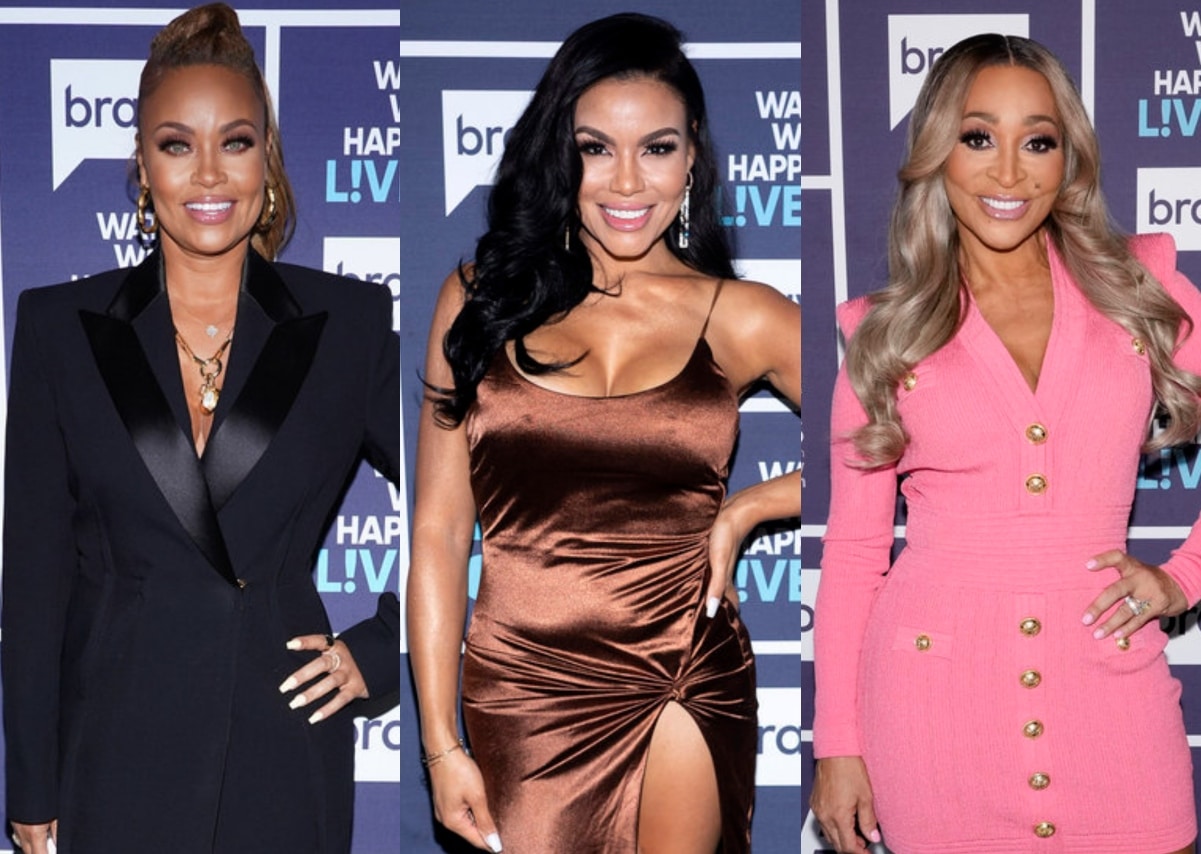 The mysteries of Real Housewives of Potomac season seven are still out of reach, but fans are getting tidbits of information dropped here and there as castmates subtly (or not so subtly) hint at what’s to come.

Not long before the season began filming, Mia Thornton addressed her cancer scare with People Magazine. During the interview, the star explained she was seeing specialists on a daily basis.

On Gizelle Bryant‘s Reasonably Shady podcast, the OG seemingly alluded to Mia’s cancer scare. “Let’s say you have a tumor underneath your armpit,” said Gizelle. “But you’re not really sure whether or not it’s a tumor. You’re just going through the process with the doctors. Do you come to a group of girlfriends and then do you share this information?”

She continued, “Because if you share this information, [and] it’s really nothing to it, like there’s nothing really wrong with you, don’t you just look like a person that’s like, ‘Look at me, look at me, I have something wrong with me?'”

“You’re basically sharing a lot of information with a group of girls that… might not care,” said Gizelle.

Her co-host Robyn Dixon seemed to disagree, and she said there’s nothing wrong with women who talk about their health issues — unless they’re “sounding the alarm” or “jumping the gun.” She also expressed, “I don’t want people to think they can’t share things with their friends that are—”

“—Frivolous,” Gizelle interrupted. “Or it could be just like sh**s and giggles, it’s really not a thing, and you’re trying to make it a thing cause you want attention.”

Gizelle shading Mia?! 👀 Season 7 where are you? #RHOP (@bravochronicles) pic.twitter.com/a5BEQrYLXp

Then, on a July 25 episode of the podcast, Gizelle gave props to her former enemy, Karen Huger, and she said she was the standout star of season seven.

“Karen brings it this season,” said Gizelle. “[Normally] Karen is one to straddle the fence, not give her opinion, you know, kind of play it safe. The Grand Dame does not do that… [but] Karen was spilling tea this season. When does she ever spill tea? She hasn’t spilled tea in seven seasons. Listen, I’m telling you, I think it’s a different side to her.”

Robyn, however, strongly disagreed with Gizelle’s choice (though she kept her reasons a mystery), claiming Ashley Darby was the true standout.

Perhaps Ashley’s recent divorce triggered a new confidence — or her head was on Bravo’s chopping block. In either case, it seems the new season will be a nightmare in the best possible way.