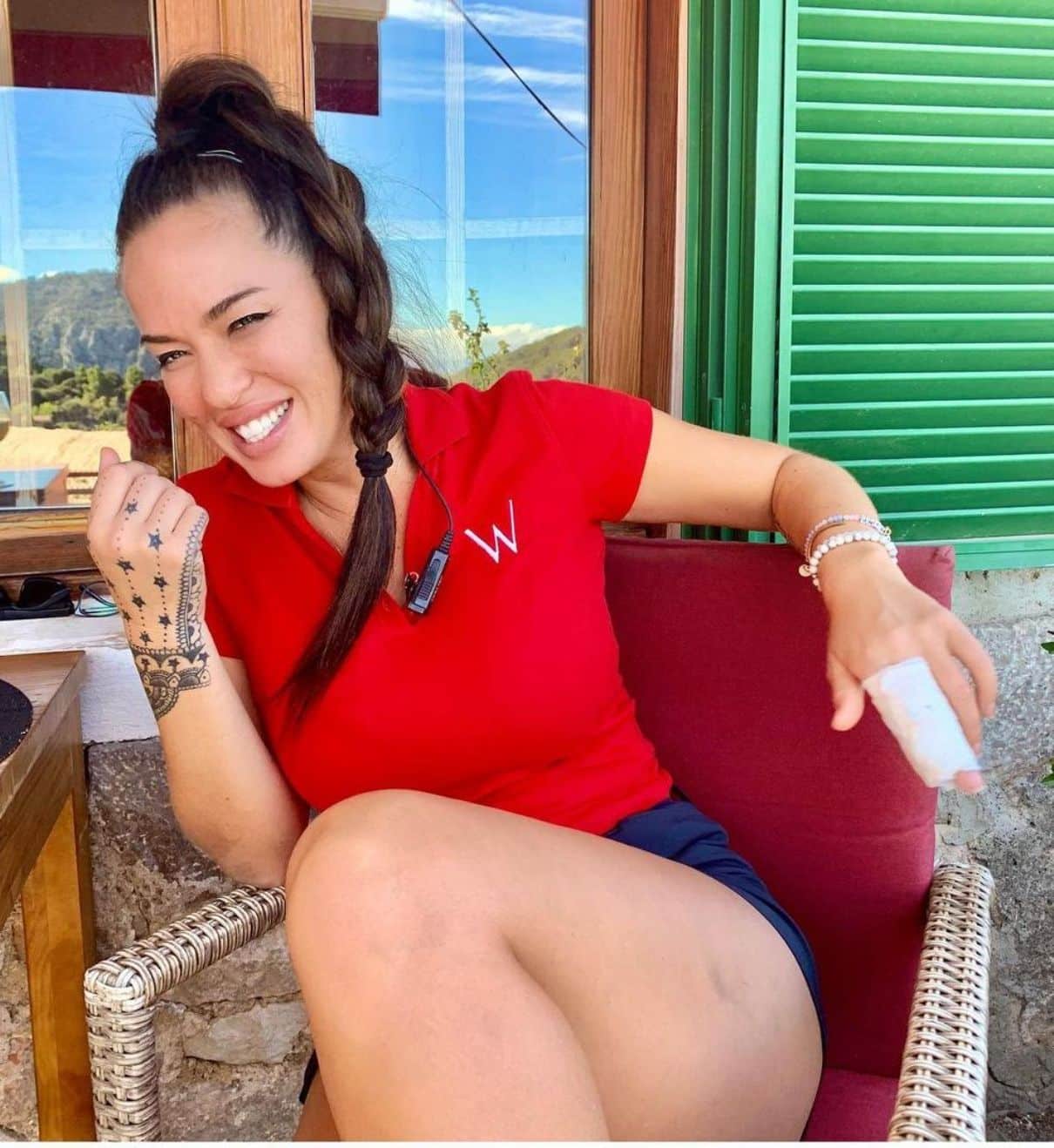 Congratulations are in order for Below Deck Mediterranean alum Jessica More!

In a new interview with CheatSheet, Jessica has confirmed that she is pregnant with her first child, a baby girl to be named Charli, and she couldn’t be more thrilled.

“I’m really excited because I’ve always wanted to be a mother,” Jessica told the outlet.

However, as time passed, Jessica began to worry that becoming a parent may not be in the cards for her.

“I was starting to accept the fact that maybe I’m not meant to have kids,” the former stew admitted. “So, I’m glad [about the pregnancy.]”

Jessica, who is currently 30 weeks along, says she’s feeling good but tired. And as for pregnancy cravings or sickness? Luckily, the Bravolebrity has had it easy for the most part.

“I feel like I can’t complain too much,” she said.  “My other friends that have had children said that I’m making pregnancy look really easy. And I’m like, really? Because I feel like I’m whining a lot. So, I feel good. I’m just uncomfortable.”

“I had food aversions [sic] to like perfumes and certain scents I couldn’t really handle, but I never actually got sick,” Jess told the outlet.

And while Jessica is blissfully happy to be having a little girl on the way, she admitted that she actually cried when she found out the gender of the baby, as she “would have bet a million dollars” she was going to be having a boy.

“I thought for sure that it was a boy,” she said. “And when I found out, I cried for an hour. Not sad or disappointed … just shock.”

“I think I was so set that it was a boy. And I was a tomboy growing up, and I feel like it’s just easier for me to relate to boys,” Jessica admitted. “But then after an hour, it sunk in. I’m happier and more excited that it’s a girl now. As long as she’s healthy.”

As for who the father of little Charli is, Jessica is keeping her lips sealed, but she made sure to note that it is not any of her former castmates or anyone on the current cast of the show. Jessica also revealed that she and the baby’s father are no longer together but will be co-parenting.

“We’re not together, but we’ll be co-parenting,” she said. “He lives in Ft. Lauderdale. He’ll be a good dad.”

So, what’s next for the former yachtie? According to Jessica, she’s looking to “pivot” away from yachting since she’ll soon be a “working mom.”

“I’m done with work in a couple of weeks,” she said. “There’s so much I’ve done because I didn’t have a place here in Fort Lauderdale, so I had to get some stuff out of storage. It’s been a lot. I had to create a home along with figuring out work. It’s definitely been stressful. But I’m super blessed, so it all worked out.”