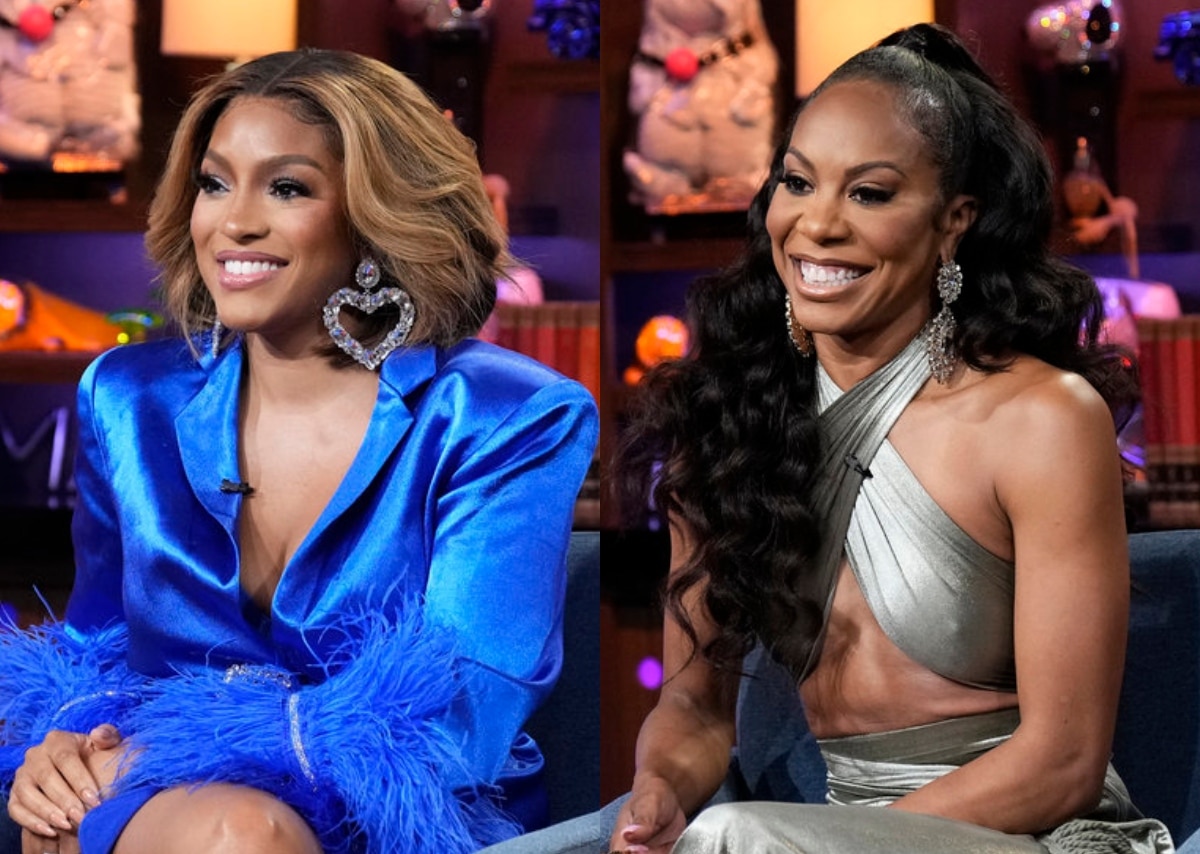 Drew Sidora appeared on Sunday’s Watch What Happens Live, where she made a comment about Sanya Richards-Ross‘ “duty” to have a baby that didn’t sit well with host Andy Cohen.

After being asked if she had any regrets regarding the comments she made about Sanya and her potential plans to expand her family on The Real Housewives of Atlanta, Drew doubled down on her claim that Sanya owes husband Aaron Ross a baby because they’re married.

“I believe that when you get married, two people definitely have to be on the same page. And so if you’re building a family, that is your duty as a wife,” Drew explained on the July 31 episode of Watch What Happens Live. “You’re the only one that can carry the baby, not your husband. And if you don’t have the baby guess what? Somebody else will.”

According to Drew, she feels that it is Sanya’s duty to “try [her] hardest to make him happy,” especially due to the fact that there doesn’t appear to be a medical issue behind her hesitancy.

“Our bodies were designed to do that,” Drew noted.

But Andy couldn’t get on board and asked, “What if it was just that she didn’t want to? Shouldn’t she have a choice in the matter? You’re sounding like the Supreme Court.”

Still, Drew didn’t back down, pointing to Sanya’s Mommi Nation and saying Sanya should at the very least be “willing to have a conversation” and say, “You know what? What’s the problem? What is the issue of having multiple children?”

As RHOA fans well know, Sanya was brought to the show as a friend of Drew’s. However, these days, the Olympic athlete is much closer to other women on the show, including Marlo Hampton and Sheree Whitfield.

“I am so unbothered,” Drew said of Sanya’s closeness to their co-stars. “I just feel like when people show you who they are, believe them. And Sanya has definitely shown me who she is. She’s not the real one that I thought… And that’s fine. And she’s gonna see what all that has to come with.”

At another moment on WWHL, Drew was questioned about Sheree saying, “This b-tch lives for me,” and suggesting she wants her attention since she doesn’t get it at home from husband Ralph Pittman, Jr.

“She has my name in her mouth a lot. [And] I don’t really know what I did to Sheree to have her so bothered and so obsessed with me,” Drew replied. “[But] at some point Sheree is going to have to address me. So hopefully at the reunion we’ll be able to get to the bottom of it.”

Also on Andy’s late-night talk show, Drew played a game of “Clubhouse of Horrors,” in which Drew revealed Candiace Dillard-Bassett of The Real Housewives of Potomac was the scariest Bravolebrity she’s met.

“I would definitely say Candiace from Potomac. She came over our house actually on Ralph and I’s anniversary. It was like six hours. It was like, ‘Woah.’ Candiace is a little firecracker,” Drew admitted.

As for the Housewife with the most frightening style, Drew gave that honor to Sanya.

“It’s giving Foot Locker outlet,” she stated, adding that Sanya should be the cast member who’s most scared about the reunion.

“I would say once again, the race runner. She’s a track star. We’re coming for ya!” Drew warned.

Drew then offered an update on her marriage to Ralph, saying that while she doesn’t “like seeing us fight” on RHOA, they’re in a good place today.