Home Keeping Up With the Kardashians Pete Davidson in “Trauma Therapy” Over Kanye West’s Bullying as Kanye Mocks Him With “Skete Davidson Dead” Post, Plus New Reason For Kim Kardashian and Pete Split 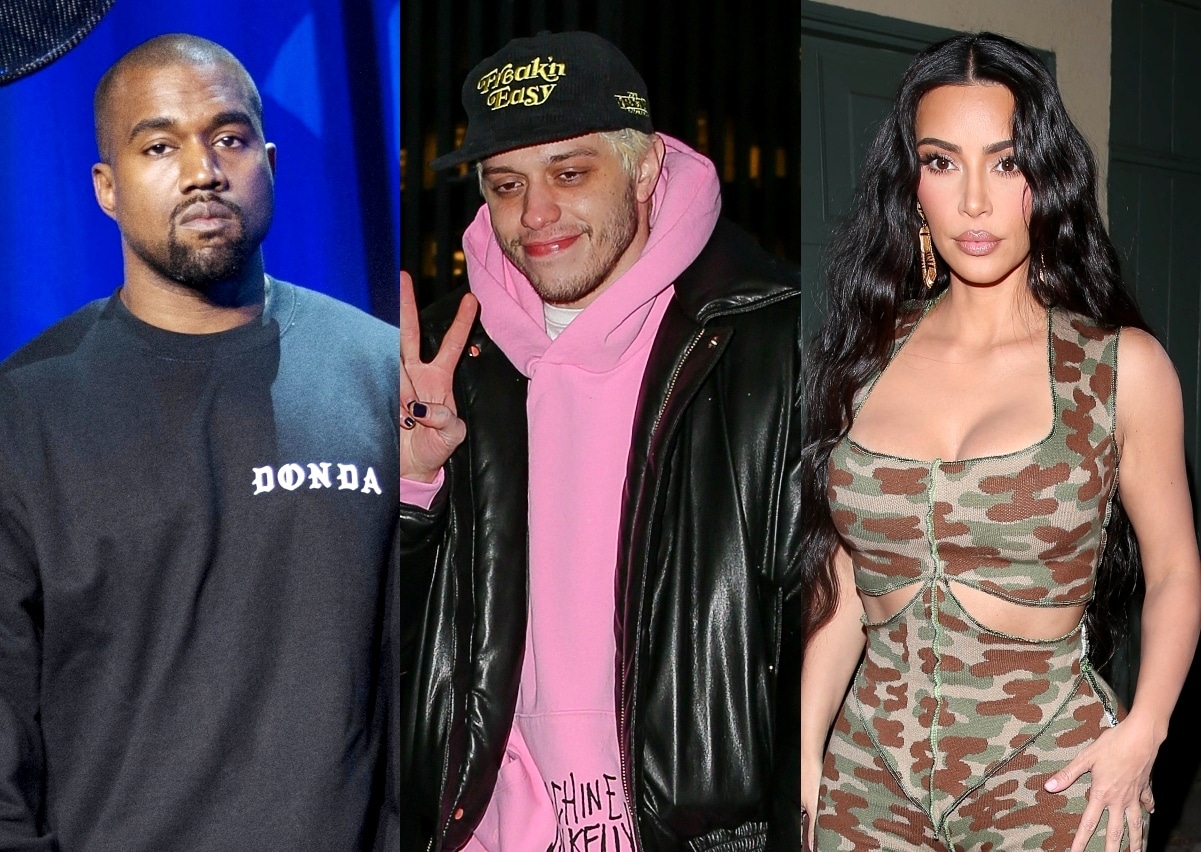 Kim Kardashian and Pete Davidson have reportedly broken up. Now, an insider is revealing the real reason behind their split. News of the breakup came nine months after the couple began dating. Kim and Pete were introduced on the set of Saturday Night Live when the Keeping Up With the Kardashians star was hosting.

Their relationship was spotlighted as Kim finalized her divorce with Kanye West – who was public in his disapproval of the 28-year-old comedian. At one point, he even created a claymation video of Pete being buried alive.

Now, a source is telling Page Six that Kim and Pete’s age difference was the reason for their breakup.

“Pete is 28 and Kim is 41 — they are just in very different places at the moment,” said the source.

“Pete is totally spontaneous and impulsive and wants her to fly to New York, or wherever he is on a moment’s notice,” continued the insider. “But Kim has four kids and it isn’t that easy. She needs to focus on the kids.”

The insider also said Kim was “totally exhausted by this relationship and other things going on in her life.”

Kim’s issues with Kanye also seemed to play a role. “When Kim is with someone else, Kanye can cause problems with the kids. He tries to divide and conquer. He can’t help it,” said the source.

“Kim is a really dedicated mother, and her kids will always come first. She wants and needs harmony at home and in her life.”

Kanye also took the opportunity to throw shade at rapper Kid Cudi, who has a rocky history with Kanye. In July of this year, Cudi reportedly left a performance after the crowd started throwing objects at him, including water bottles.

In Kanye’s post, at the bottom of the newspaper was a caption, “Kid Cudi meant to play funeral but fearful of bottle throwers.”

And finally, PEOPLE is reporting that Pete has been in “trauma therapy,” partially due to Kanye’s relentless bullying.

“The attention and negativity coming from Kanye and his antics is a trigger for [Pete], and he’s had to seek out help,” shared an insider.

And while Pete reportedly “has no regrets for dating Kim,” he simply “just wants to focus on his career” from here on out.