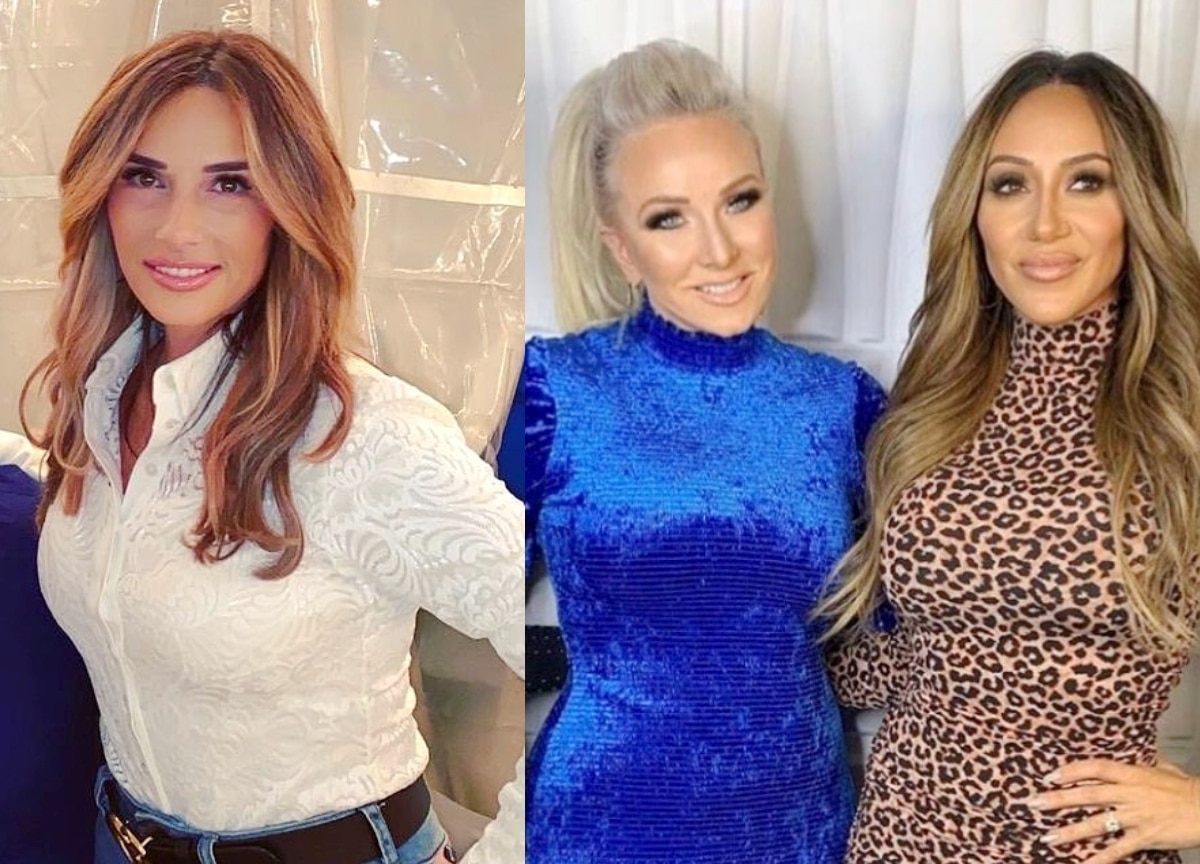 Rumors of Melissa Gorga‘s feud with Teresa Giudice kicked into overdrive as Melissa skipped her sister-in-law’s wedding. It’s been speculated that Melissa (and her husband Joe, the brother of the bride) refused to attend because Teresa spread a rumor about Melissa’s alleged affair with actor Nick Barrotta.

According to reports, the rumor was perpetuated by castmate Margaret Josephs, who allegedly told her ex-best friend – Laura Lee Jensen – who eventually relayed it to Teresa.

In an interview for AllAboutTRH Podcast, Laura opened up about her friend’s involvement, while explaining her own side of the story.

When asked how she approached the subject with Teresa, Laura explained, “So that was brought up in our talks that day. Now that was not even the topic of our day. That was not something that, it didn’t come out after 20 minutes, as I saw somewhere. It was way later on. It was something that we talked about, and it was something that I said. And it wasn’t ‘cheating on,’ it was ‘caught kissing.'”

She added, “I only repeated what I was told. But I was with Teresa … and we specifically spoke about [how] this was never going to be brought to TV. It was only going to be talked about, and we discussed about me wanting to meet with Melissa, and just warn her about the fact that if Margaret told me that, I’m sure other people knew it too. And I can be quite certain that I’m not the only person that knew about it.”

“I wanted to let [Melissa] know that she should be careful what she confides in her. And that was the end of it, and Teresa said, ‘He’s my brother. I would never want him to be hurt, or his family hurt.’ And it was the same for me. I would never try to hurt Melissa or Joe or their family or anyone else. I really never thought it would go anywhere.”

Last week on Instagram, Margaret suggested that Laura made it up. Even so, many fans remain suspicious of the castmate, and believe she has a pattern: outing rumors and dodging the fallout.