RHOA Recap: Sanya Accuses Kenya of Being Ungrateful and Dismissive Amid Heated Exchange as Marlo and Kandi Make Amends Over KFC Chicken 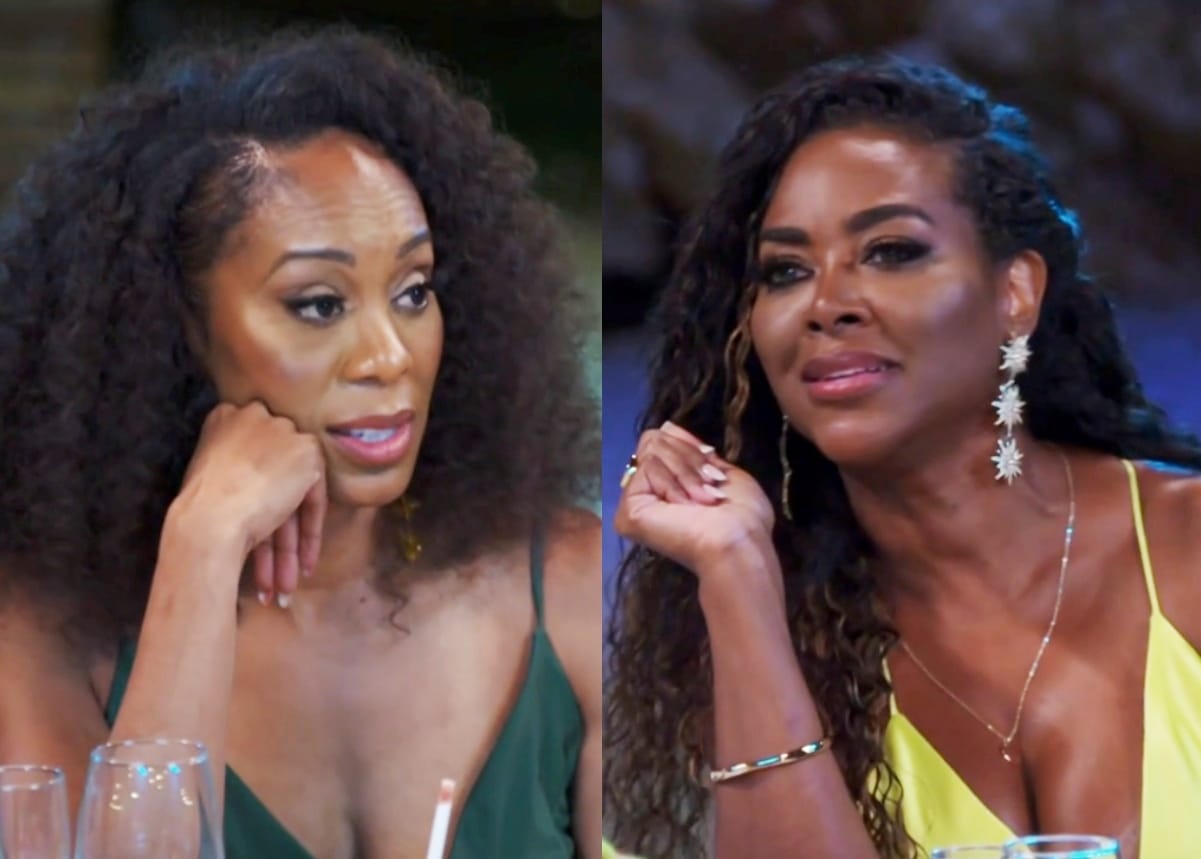 This week, we return from a supposed cliffhanger episode of our Real Housewives of Atlanta when Ross has stepped in to save Sanya from drowning in the reality cesspool. Ross feels it is his duty as her husband to save her, but did he get involved in something he should not have? Let us watch and see, shall we?

I must first say that Ross needs to stay out of the ladies’ business, BUT I still respect that he steps up for his wife. IMO, Kenya is more troubled by the fact that Sanya has someone to defend her, and Ross’s tone with her must have triggered her to think of Marc.

Kenya and Sheree are still acting annoyed that Marlo was able to attend the iFit shooting — because she was on time and made her own travel arrangements. They have seen it as a slight to them, but Kenya has been chronically late this trip. Sanya is surprised that Sheree jumped ship since she thought she was on her team. Kandi reminds them that they did have an enjoyable time on the boat. Marlo thinks that Kenya is pissed that John ditched her and she needs someone to fight with. Kandi concludes that Sanya is by far the better host, especially compared to Kenya, who hoarded all the crab cakes in South Carolina on her trip.

Sanya and Ross rejoin the table, and they are not going to address what happened but rather move forward with the group. They clearly announce that they will be busy in the morning, but they will meet up in the afternoon for the bamboo rafting. Drew needs all the guys’ help to carry her out of the dinner in her wheelchair. She likens her treatment to Beyonce, but I am sure Queen Bey would not cause the guys to look like they were struggling to carry her in a wheelchair. Side note: They probably wished that she had dropped more pounds with her Drew workout!

The next morning, Sanya asks Marlo to take over the hosting duties while they are working on their shoot. Sheree is chatting with her partner discussing her product launch. She admits that she is nervous about everything turning out OK. Sheree still has not received her products and her show is three weeks out. Is anyone surprised that Sheree is again ill-prepared for her show?

Sanya is filming her iFit video, and Sheree arrives just in time for the shooting of the video to end. She is happy that they were able to speak about what happened the day before. Sanya thinks that her closeness to Marlo has pushed Kenya away. She cannot understand why Kenya would expect a call while she was working and likens it to when Kenya competed on DWTS.

Kenya cannot sit still and listen to Marlo taking over the hosting duties. Kandi recognizes that Sanya messed up big time by picking her to lead the day. Marlo, who speaks like she has a bullhorn attached to her face, cannot wrangle this group together since they are giving her the silent treatment. She also dresses like Teresa Giudice with everything hanging out, and that does not garnish any respect from the others.

The group, minus Drew and Ralph, meet up for lunch. Sheree lets the ladies know that she and Sanya talked through what happened the night before. Kenya thinks that the trip is going to become sh*tty since the birds are pooping on them. Nothing will stop Kandi from eating even if the bird does a full sh*t storm on the table. Marlo tries to get the group to move to the pool, but there are only a few takers. She ends up talking about Kandi to Sheree and Monyetta, and she discusses Kandi trashing her choices regarding her nephews.

Kandi, Kenya, and Todd go to a private bungalow instead of sitting in the general population section. Kenya shares that she is not being considered for the She by Sheree fashion show. She compares her pageant days to being a fashion model, but based on her audition on the boat, I get why Sheree is a hard pass.

Sanya arrives to take over the hosting duties, and they go a little offroad for their rafting trip. Kenya thinks this is the Golden Girls’ style of rafting. Marlo will sink the raft since she brings a ridiculous size bag of tricks toiletries. She announces that she cannot swim, and if I were her I would have kept that to myself. Todd is surprised that it is like a lazy river, but Kandi, who is a total boss lady, uses this chill time to conduct business on her phone.

Sheree and Kenya chat about the previous night while Marlo and Sanya do the same. Kenya shares that Ross was intimidating when he defended Sanya and cursed at her. She would have liked to have someone stand up for her. See, I told you that she would have liked a man to be her advocate! Kenya saw Ross’ behavior as aggressive while Sheree thought he was just defending his wife. Sanya thinks that Kenya uses the divorce card when she is confronted with anything.

Drew and Ralph are not able to come to the dinner since her foot is really swollen. Love the Jamaican color scheme for the ladies. Kandi and Marlo come wearing the same blouse in different colors — much to Kandi’s chagrin. Monyetta talks to Kandi about Marlo whining about her emotional traumas. She thinks that Marlo has some new things to say but is not able to articulate what that could be. Kandi is not interested in anything Marlo has to say to defend herself. They end up having a beautiful dinner with shrimp and scallops on the beach.

Sanya goes around the table and wants to know everyone’s highlight of the trip. Sheree thinks the race was her highlight since she was betting on Marlo. Marlo tells Kandi that she got upset with Ralph when she heard that he had said a week before that he was adopting Josiah. Kandi calls Marlo out on what she was saying about Todd. She says her reputation is to go below the belt and fondle what is below it. Kandi cannot go high like Michelle Obama’s sage advice when dealing with someone like Marlo. Todd wants to be kept out of the nonsense. Kandi just cares about the boys, and Marlo says that she will no longer disrespect Todd.

Sanya decides to ask Kenya what is happening with her now since she has been disengaging. She calls Kenya ungrateful since she has been an amazing host. Kenya finds her to be egotistical, but isn’t that calling the kettle black? She thinks that Sanya was disrespectful, but it was more about Kenya disrespecting everyone else’s time. Kenya recognizes that Sanya behaves like Drew, who does lots of talking but not much listening. Sanya thinks that Kenya wiggles out of everything when she is questioned. Kandi concedes that Sanya cannot manage Kenya. Sanya wishes she could read her with filth, but sadly she can only do it in her ITM.

Kenya then says that Sanya is her type of friend because she is articulate when she just told her she was not articulate! She demands to know if she got her a birthday cake, and sorry, Kenya, there are no cakes for you on this trip. Kandi might trade you a birthday cake for a crab cake, though!

We then get a bizarrely inserted clip from the airport when Marlo makes up with Kandi over KFC chicken. The trip to Jamaica was sadly not what I thought it would be to spice up the season. The only spice we got was from the jerk chicken!

Next week, Sheree has male models in her show, and could it be Tyrone? See you all next week in the ATL for the fashion show that will definitely disappoint!