Home Southern Charm Southern Charm’s Olivia Flowers on Drama With Venita, Where She Stands With Austen, and When Madison Stopped Being “Cordial,” Plus Lessons From Show

Southern Charm’s Olivia Flowers on Drama With Venita, Where She Stands With Austen, and When Madison Stopped Being “Cordial,” Plus Lessons From Show 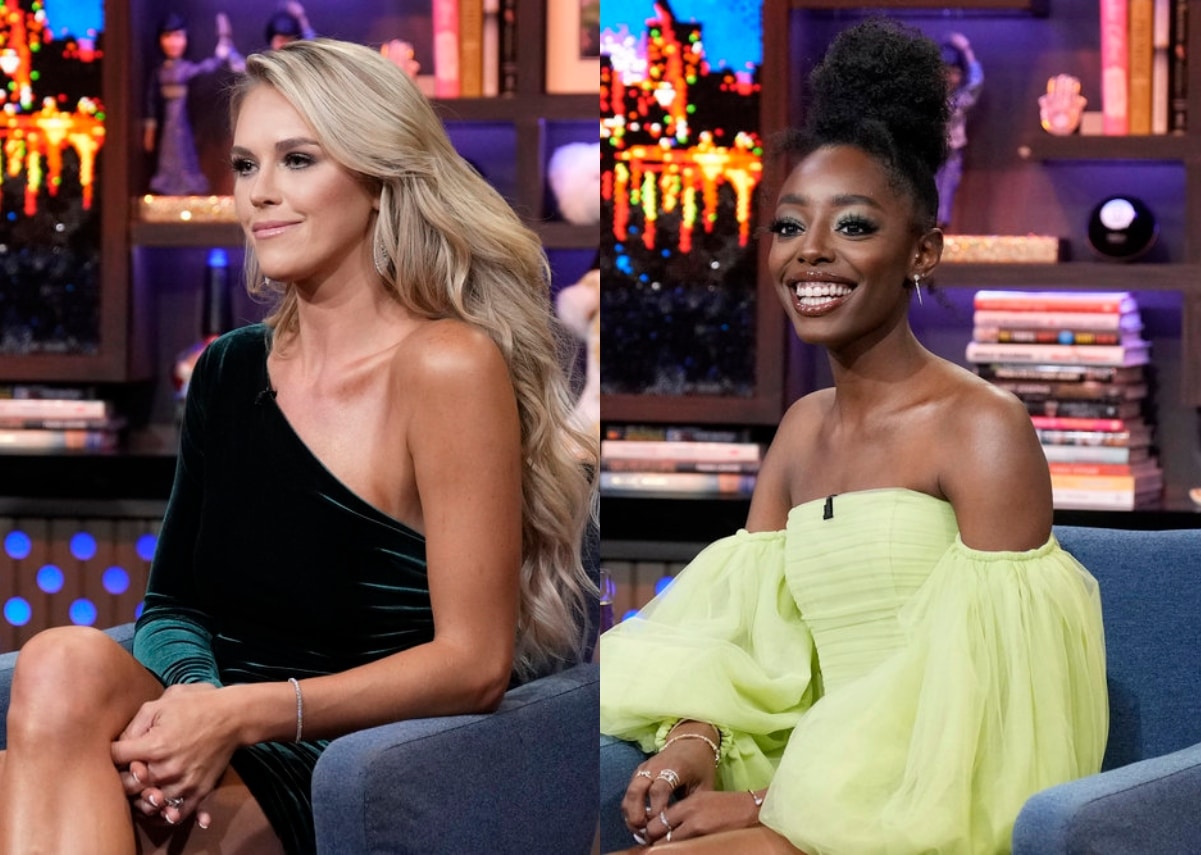 After entering the chaos known as Southern Charm, Olivia Flowers‘ first beef was with Venita Aspen, who, shortly after their meeting, asked if she was racist. The conversation took place at a garden party.

Because of her disagreements with Venita, Olivia failed to give her an invite to the next party. The two castmates later met up, however, and seemed to work it out.

In an interview for In The Know, Olivia addressed her drama with Venita, and explained what she would have changed.

“If I could go back, I would do things differently,” she said. “I really wish we could’ve had that conversation that we had this past week before my party, [so I could] have her there. That wasn’t an easy decision. However, I do still feel that that wasn’t the time or place to have the conversation that she wanted to have at the garden party.”

She went on to say, “You’re already a little intimidated by the surroundings, there’s clearly unfinished business. And to pull me aside at that time to have that conversation (which I have no problem having, like I said in the episode) … it was just not the time and the place … I still would’ve wanted to not be in that situation. If I could go back and have her at the party, I would. I would do that differently.”

Where does Olivia stand with Austen Kroll – and how does she feel about her castmates’ incessant questions? “We went to Kathryn’s birthday party together, and all of our friends were there, so I was kind of taken aback by all of the questions about what we are and what we’re doing.” Throughout the season, Olivia didn’t wish to be known as a “love interest.”

“I was very adamant about trying to break out of that and make my own friendships and relationships outside of [Austen] and I. […] He and I are in a really good place right now,” she said. “We’re definitely still in each other’s lives, and we’ve traveled together and had an incredible summer. We’re in a good place, but you’ll have to wait to see how it all unfolds.”

Olivia also addressed the recent breakup of her friend Taylor Ann Green with Shep Rose. “The news broke before [Taylor] had even accepted it herself,” said Olivia, “so that was my main concern and what I was most worried about. You’re trying to already process it happening, and now you have to figure out how to answer to it with other people.”

“I was just trying to let her know that she didn’t have to feel that she owed anyone an explanation yet and that it was OK to just wait and see how she felt,” Olivia continued. “Don’t act impulsively, don’t do anything off the rip, and just kind of lay low. She went up to her family’s house at the lake, and that was a really good thing for her, to get away from it.”

What did Olivia learn from the show? “Just giving yourself time to take a beat if you’re in a heated conversation before reacting,” she answered. “And really thinking about how something makes you feel rather than being impulsive in your reactions. [Also] to just stay consistent … If I said [something] to another person, I wanted to be sure that I stayed consistent in what I was saying, no matter who I was talking to. It’s uncomfortable sometimes.”

Olivia then discussed her drama with Madison LeCroy, Austen’s ex. “Starting out, I didn’t see any reason why we couldn’t at least be cordial … I thought that that’s kind of where we still were, up until on Watch What Happens, I saw some of the things she said about me, and I didn’t think we knew each other enough to be already throwing such shade.”

The star added, “I was a little taken aback by it. We do run in the same circles, so hopefully, we can figure that out moving forward. If not, then there’s no reason to keep throwing shade.”