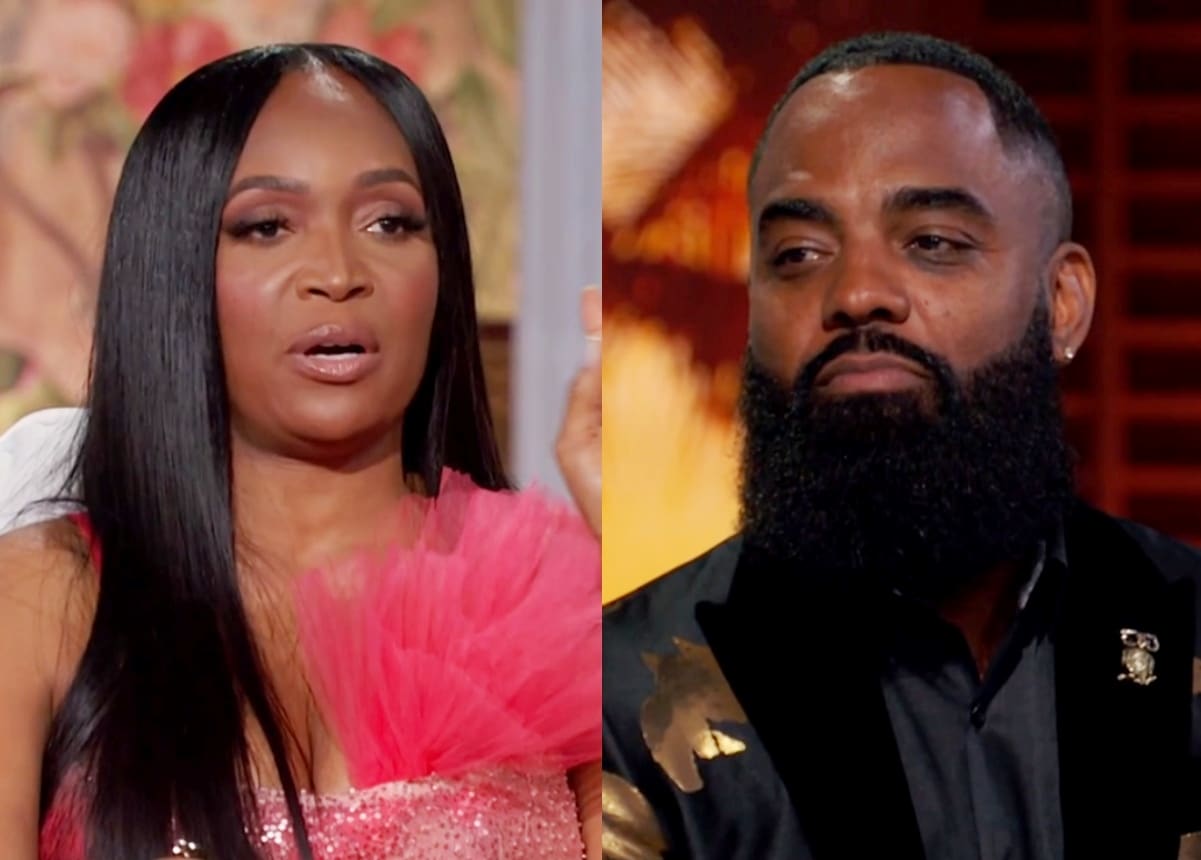 We have finally arrived at the last chapter of the Real Housewives of Atlanta reunion. The men are joining the ladies tonight, and hopefully, they can add some flavor to this episode! Grab some champagne, and help me celebrate that this season is finally over!

We first must listen to the extremely parched Anthony, who admits to saying Ralph is gay. Can you smell the desperation of this season when they can call a non-cast member at the reunion? Drew shifts the narrative about her man and claims she gets Cash Apps for access to Sheree’s sex tapes. Sheree tells her to accept them since she claims to have some good material on there. She still refuses to reimburse Drew for the party since she did not like how she spent the party budget. Sheree recommends that Drew hold her breath since she will be waiting a long time before she gets paid — she keeps saying she has adult kids to take care of???

Andy again brings up what Fatum said about Ralph and how no one spoke up. He really wants to get to the bottom of this for obvious reasons. Sanya tries to chime in and says that Drew should have been more upset with Anthony. She has been a disappointment in her first season, and I was optimistic for her and especially Ross to return.

Sheree defends Fatum and pretends that she had nothing to do with her shady commentary. She is not very convincing with her innocent act. Drew gets called out for throwing dog bones and is accused of stealing bones from sets. She felt like she was in the Twilight Zone when everyone visited her after they were at each other’s throats before that. Sheree and Drew are agreeing to coexist but clearly despise each other. Andy goes to break for lunch, and Drew and Sheree are still at it. He tells them Anthony is enjoying f*cking with them, and I do agree with him.

Behind the scenes, Todd, Ross, and Ralph talk about Ralph being a gaslighter and Todd being a broke b*tch compared to Kandi. The men who partied the night away, much to Kandi’s chagrin, join the ladies. Andy asks Todd about his beard, but I think with his dark suit, it looks like the beard is sewn in the collar of it. He then asks Ross about expanding their family. Ross says they are finally on the same page regarding parenting. Side note: If I were Sanya, I would like just practicing making babies with Ross since he is fine — just saying. Sorry, I digress, my mind has been wandering this season…

Ross thought Kenya calling him aggressive was not a fair description of his behavior. He felt he was deescalating the issue. Andy then mentions the vibrating panties, and production shows him wearing them on WWHL. Sanya and Ross did not know that Ralph’s remote was controlling her panties when he kept zapping her in the van.

Kandi’s season of challenging work in pursuit of completing the EGOT acronym is profiled. She is one talented lady, and I agree with her recent comments that she could care less about getting prime seating at the reunion next to Andy. Kandi always has her eyes on the prize and does not focus on things that are trivial to her.

Marlo had claimed that Todd cheats on Kandi since he has an NJ bachelor pad. She apologizes for that comment now since she thinks all men cheat. Andy asks Todd if they are having some bedroom issues in their relationship. Todd attributes it to the streets are always talking. He gets questioned about his parenting style. Todd defends his tough parenting and shares that his daughter has been thriving in NYC despite not being coddled by him.

Kandi gets questioned on her estate planning this season. She is worried that if she dies first Todd will remarry and that woman will take her fortune away from her kids. Todd thought it was because she loved him so much and was possessive. Nope, Todd, Kandi has worked hard for her coin and does not want another woman to have their greedy hands in her bag.

Drew’s season is now brought up and her alleged weight loss program. She boasted this season about losing 25 pounds in three weeks. Kandi shaded her during the season and thought she was still thick after surgery and exercise. Ralph claims to have fired his assistant, and watching the season gave him a reality check. He apologizes to Drew for his misogynistic behavior. Kenya gets called out for checking Ralph this season. IMO, she really said everything to Ralph that she wished she had the courage to say to Marc.

Kandi admits to being skeptical about Drew’s business. Drew resented being called a busted can of biscuits by Sheree. I am sorry, but that shade was freaking funny as hell! Sheree should have told her to call her program “Pop It With Drew” and get rid of your biscuit dough. Ralph does not like being called gay by Sheree and would have appreciated some respect from her. He does not like that she is using this as a slur, and he is right about that one.

Ralph admits he screwed up this season trying to make nice with his wife, and he is working to do better. Drew admits to triggering Ralph when he does wonderful things, but she expects consistency. Ralph gets called out on gaslighting Drew, and he admits he comes off that way. They are both still in therapy, and it is surprising these two have made it eight years. Andy wants to know why Ralph does not include Drew in his projects. Ralph told her about the publishing deal — after he signed off on it. He said the book is not about their family but about the intricacies of stepparenting.

Marlo and Kandi’s relationship and the troubled waters they encountered are dissected. Andy wants to know if anyone reached out to Michelle Obama about taking the high road. He f*cks with them a little, telling them she tweeted in a question! Marlo gets called out for saying Kandi does nothing for her community, and then she apologizes. She acknowledges that she needs to stay out of married people’s business.

Marlo questions Todd about his comment that she paid to get on this show. Todd tells her she was dehydrated in Africa — I can imagine you would be there. He knows about all of this since he was in production, and she paid her own way so she could quench her thirst. More specifically, Todd says Marlo was so desperate to be around the women, and on the show, that she actually paid for her own ticket and hotel to join the cast on the trip. Even more, Andy seemed to agree with Todd’s information. Yikes!

Marlo tries to act like Kandi does not run in her same circles. She gets more attention in Paris, and she can get through some doors that Kandi cannot. Marlo can get in some hotel room doors to visit her wealthy marks, but she does not have the access Queen Kandi has. Andy commends her for making up to Kandi with some KFC chicken. Kandi was more annoyed by Marlo’s comments than Todd was since Todd is clearly over her nonsense. Andy thanks the husbands for joining them. Ross reminds everyone to not f*ck with his wife.

Andy then asks all the ladies for their concluding thoughts on a season that he believes ended positively. Sanya blathers on, saying some nonsense about the group being vibrant, incredible women. She acknowledges that they have misunderstandings, but she has hope that they can move forward.

Drew admits her season has been challenging and bittersweet. She is trying to be her authentic self and would like some grace. Marlo wants to learn to think before she speaks . Kenya has found she can be resilient, and she can come back from having a dark period in her life and be stronger.

Kandi wants it to be perfectly clear that she is worldwide and do not forget it! Sheree reminds us that she is an OG, and her product line has finally materialized. She is happy that this group supported her endeavor and sees their relationship as a sisterhood. Sheree offers everyone a product from her line, and we finally close the chapter on this season!

Thank you, Blurbers, for hanging in with me this season! I deeply appreciate all your comments, and I hope you follow me to Potomac in two weeks!