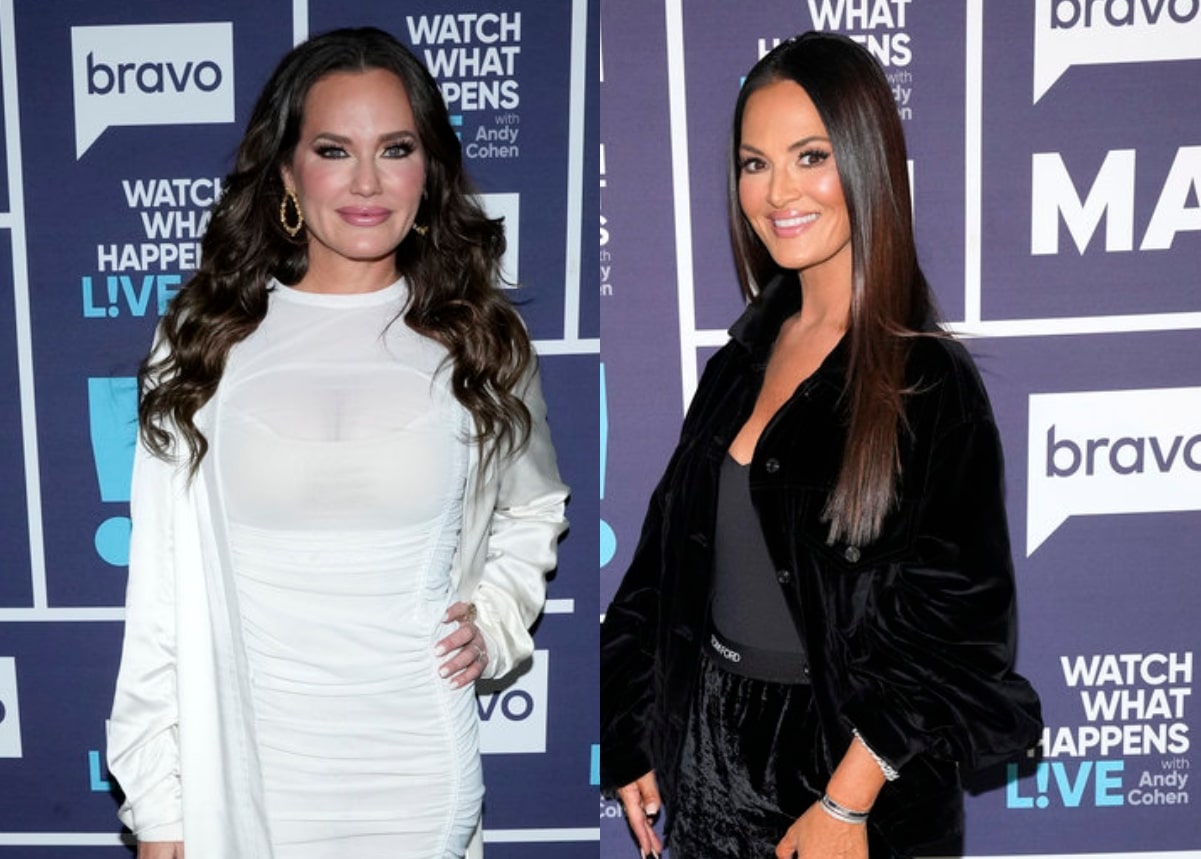 On the season premiere of Real Housewives of Salt Lake City season 3, Lisa Barlow claimed she “never talked badly” about Meredith Marks “to anybody.”

But when Meredith’s husband Seth challenged her claim – citing the ‘hot-mic’ moment when she called Meredith a ‘wh**e’) – Lisa gave the following defense: “I thought I was in a private space … It wasn’t meant for anybody else to hear.”

But as the episode hit the airwaves, Meredith took to Twitter to refute this allegation.

“Alone?!” Meredith asked, before posting a screenshot of the hot mic moment. In the photo, a reflection in the mirror shows that someone was in Lisa’s room.

At the end of Meredith’s post, she dropped an emoji of Pinocchio.

Meredith also tweeted, “You spewed hate and lies about your ‘sister’ and friend. You gave a half ass apology filled with excuses over a month ago and have done nothing since. Not surprising from someone who didn’t call to check in when I said my father was dying.”

She also challenged Lisa’s assertion that she ate ‘humble pie.’

During the chaotic first episode of season 3, Meredith also alluded to rumors about her former friend. One rumor suggested that Lisa had an affair (while married to John Barlow). The other allegation referred to her business finances, and a mysterious SEC filing.