RHOSLC Recap: Whitney Exposes Rumors About Lisa’s Alleged Affair, Fights With Heather and Meredith Over Intentions and Version of Truth 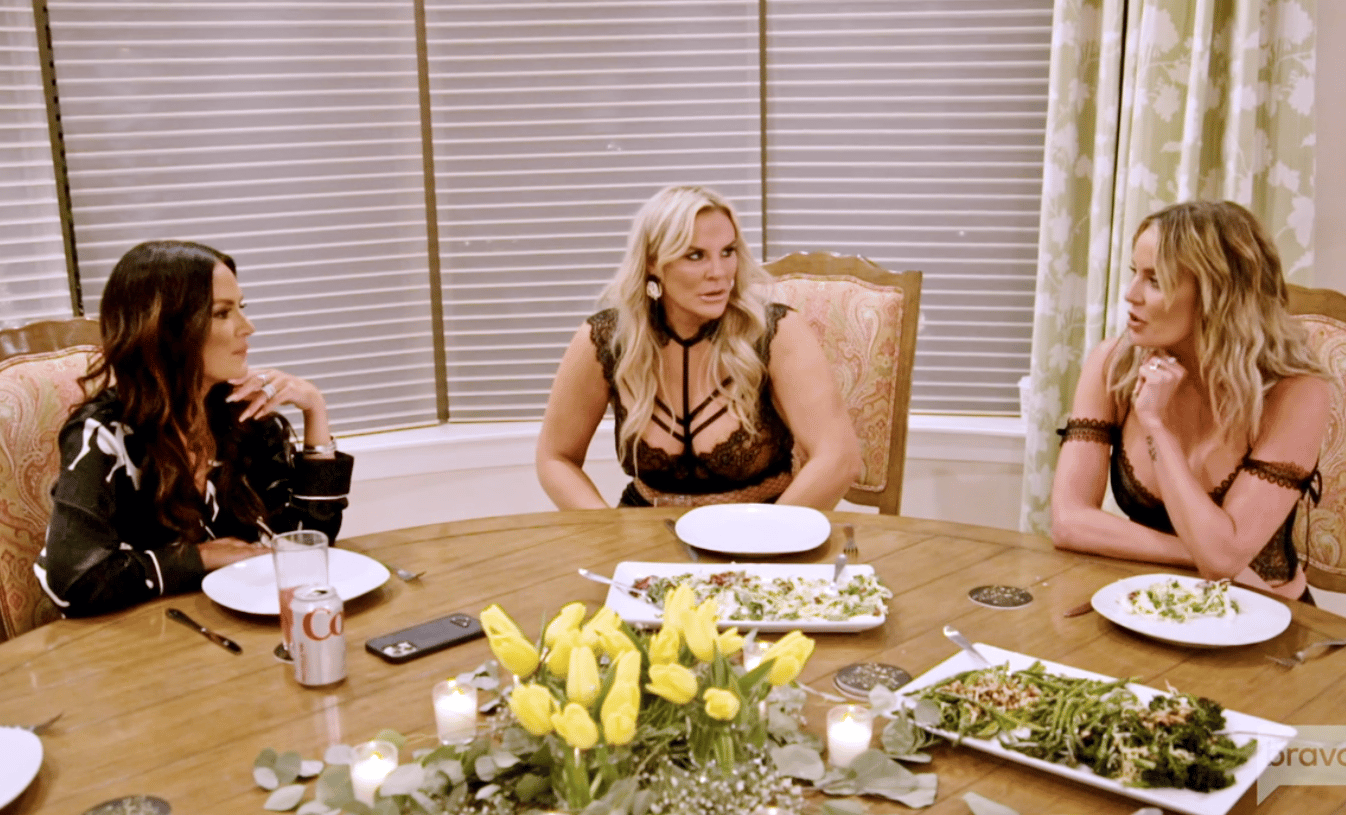 On this episode of The Real Housewives Of Salt Lake City, in an attempt to “heal,” Whitney causes way more drama on what is supposed to be a fun girls’ trip for Jen before her legal battle ensues. Can we all just agree that rumors should never be repeated and that a theme party should never be Garbage Whore Lingerie??

Whitney lets the women know that since doing all her recent healing, dark memories have been coming up and it has been really hard for her. Whitney explains that the abuse has gone on generationally and she is “breaking the cycle for her family.” Whitney feels the love and support from the ladies, and she is ready to be vulnerable. She hopes that by opening up to the group, she can guide Meredith and Lisa to a resolution by being more open.

Meredith claims that her problems last year happened because she DID make herself vulnerable. Lisa jumps right in and apologizes over and over again, but Meredith is not having it. She reminds Lisa that she “never fully trusted” Lisa, and all of those things Lisa ranted about were “made up.” Heather tries to be the moderator, but Meredith continues to drive home that Lisa’s behavior was “not acceptable.” Meredith believes that Lisa needs some sort of help and that sets it all off. Lisa freaks out and doesn’t appreciate Meredith talking about her mental health.

Lisa, on her version of the vulnerable tour, states, “I’m not gonna slit my wrists for anybody.” That makes things even more uncomfortable since Meredith had a family member who tried to commit suicide #awkward. Poor choice of words, Lisa. Jen steps in to remind the ladies that this fight is petty, and she puts everything into perspective. Hello! Jen may be going to the SLAMMER. Let’s. Move. On.

Meredith claims that she is “not at a point of resolution yet,” but she does appreciate Lisa’s apology. Exhausting.

The next morning, Jen “wakes all the hoes up,” and she is ready to have a good time today after yesterday’s heaviness. Lisa phones her husband and fills him in on how things went with Meredith. She feels a little more resolved, which is odd considering Meredith was spewing fire at her.

Heather touches base with Meredith about her relationship with Lisa. Meredith needs Lisa to change her behavior, and Heather says what we are all thinking: Meredith is coming off as condescending and superior. Heather reminds Meredith that she better stop being a “condescending, superior b*tch and come down a few notches.” Heather tells Meredith she needs to be more open to a resolution and keep. it. moving.

The ladies pile into a SPRINTER VAN (PTSD from last season) and soon arrive at the party bike, their transportation for the day. They booze and bike and whoop it up, which is refreshing considering what they went through the night before.

According to Lisa, “When you think Arizona, you definitely think rodeo.” Lisa has planned an event for the ladies after the drunken bike ride, and so they sit watching a private horse show of Escaramuza charra riders. The riders provide the women with some dresses to try on, and when Heather and Lisa sneak off to change, Heather fills Lisa in on her talk with Meredith.

Lisa believes enough is enough, but Meredith is still carrying on. She feels like Lisa doesn’t believe she has done anything wrong. Whitney believes it feels a bit hypocritical considering she was just talking about the Lisa rumors with Meredith. Meredith, trying to stay very much clean in this situation, states, “I didn’t spread rumors — I was very loose and vague.” Whitney does not believe it’s fair to move forward without putting it all out on the table — all the rumors, all that’s been said, all of it. That sounds like the OPPOSITE of what this trip is supposed to be about…

As day turns into night, the women prepare for the Garbage Whore lingerie party. Whitney reminds Heather that Meredith came to HER with the rumors about Lisa. Whitney is feeling very guilty about the secrets in her friend group, and so, instead of having these secrets implode, she is prepping to out them all.

It’s very hard to take them seriously as they enter scantily clad in their lingerie — well, all but Lisa, who was wearing silk jammies. LOL at Meredith donning her I love NY hat as a nod to “f*cking half of New York,” a claim made by Lisa during her rant last year.

While grilling, Whitney asks Jen, “Did you ever have a conversation with Meredith talking about alleged affairs?” Meredith comes out to join them, and Meredith keeps reminding Whitney that she had “a lot more to say” about Lisa’s affairs than Meredith did. Whitney feels like she is coming from a place of strength and is adamant that she tells Lisa what’s been happening — even after Heather has told her to do otherwise.

Whitney storms in from outside after refusing to be Nancy Drew and plops down at the dinner table, primed and ready to spill the beans. Lisa is confused as Whitney rambles on about being conflicted. She throws Meredith right under the bus as she talks about rumors about Lisa’s marriage.

Lisa states, “Retaliation is a f*cking b*tch,” and she finds it fascinating that here we go again talking about marriages and families since, according to Meredith, marriages should be off limits. Lisa demands to know what was said about her, and Whitney begins to spill. When Lisa comprehends what Whitney is sharing, she is appalled. Meredith calmly states that Whitney told *her* these rumors, and Whitney yells out that she heard that Lisa performed sexual favors to get courtside Jazz tickets.

Jen sits back, rolling her eyes, aghast that here she is fighting for her life while these crazy b*tches bicker back and forth. Whitney has done a great job stirring up trouble…

Lisa breaks down crying that she doesn’t know how much more she can take and claims she has taken the brunt of so much. Lisa runs off to call her husband, leaving the ladies to unravel.

Jen now begins yelling about how everything has been taken away from her and that all she has is her family. Meredith tells Whitney she “created some confusion,” and so Meredith walks off to clear it up with Lisa. When she checks in with Lisa and walks into her room, Lisa demands Meredith leave. Meredith doesn’t listen to her and tries to tell her side of the story.

Not believing Meredith, Lisa runs back to get more details from a clearly inebriated Whitney. Whitney is steadfast that Meredith came to her house to tell the rumors. So long as you engaged in the bad talk about Lisa’s family, according to Lisa, you are guilty. Meredith shares with Lisa that there are rumors out there and admits that she should not have given life to them. She apologizes to Lisa, who accepts her apology. That was easy!

Heather is annoyed that this fun trip for Jen has turned into a dramatic disaster. Whitney is revved up and states that she is sick of being thrown under the bus. Whitney claims that Heather was there at the Jazz game the day the rumor came up, but Heather is confused and has no recollection (conveniently?) of this. Love how Heather said if she heard THAT’S how one gets tickets, she would have done something too because she loves sitting courtside. Heather storms off and the “fun” night has gone up in flames.