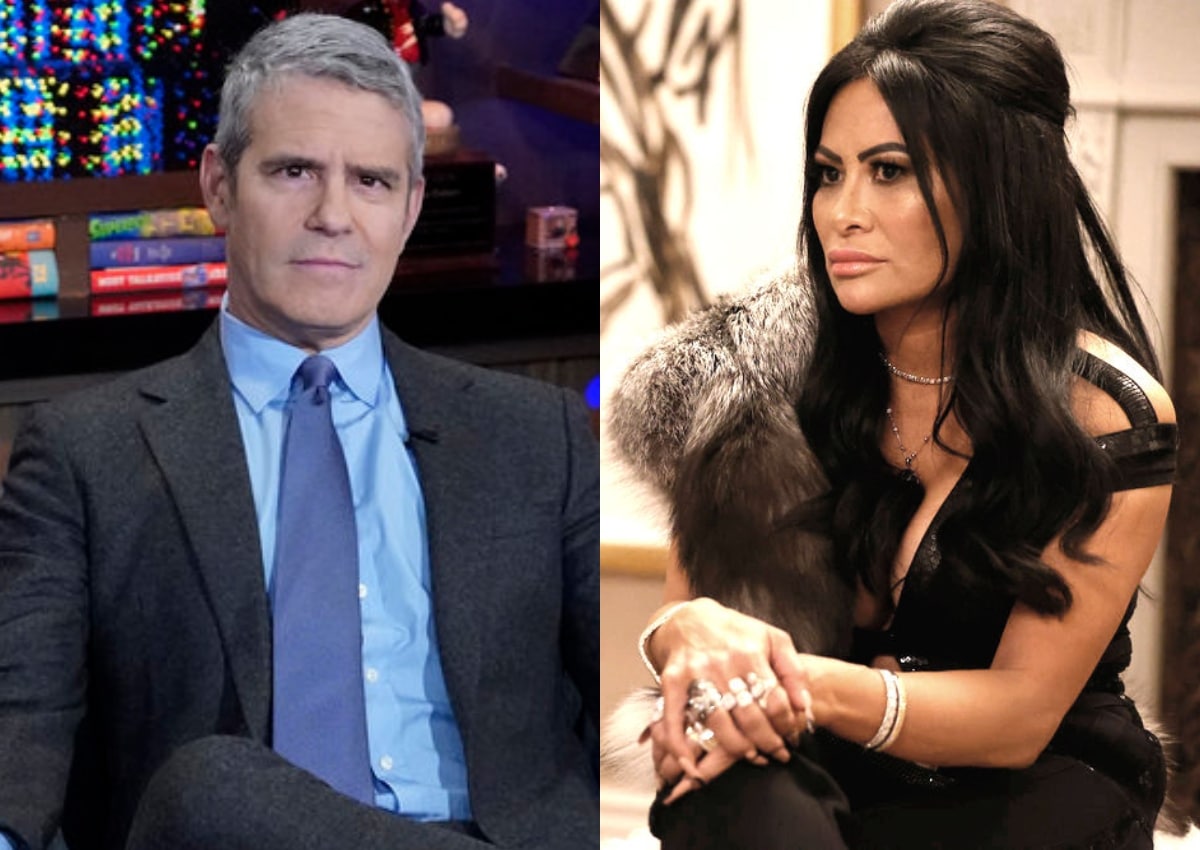 Per Page Six, during BravoCon over the weekend, Andy Cohen alluded to Jen’s current standing with the network. He insinuated that her time with RHOSLC had come to an end after entering a surprise guilty plea back in the summer for a years-long telemarketing scheme primarily taking advantage of the elderly.

“Once we wrapped [season three and] she pled guilty, I think that was kind of, unfortunately, the end of, you know, the engagement there,” Andy said. “But I hope to sit down with her and talk to her at some point on camera because I have a lot of questions for her.”

Jen is facing up to 30 years in prison time and restitution payments totaling $9.5 million. The RHOSLC star’s sentencing hearing is set for December 15.

BravoCon has been full of revelations this year, but unfortunately, Jen was not scheduled to attend the event…or so we thought.

Not one to be put in a corner, Jen defiantly found her way to NYC, and she “randomly” showed up at Real Housewives of Orange County star Tamra Judge’s hotel room.

In a video captured by Tamra for an Instagram Live session, she tells her followers, “Jen Shah is here right now! If you have any questions, bring ‘em.”

The video then pans to the crowd in the room, who fervently begin chanting, “Free Jen Shah!” As they chant, Jen starts twerking. Also in the video are RHOBH alum Teddi Mellencamp and Tamra’s RHOC co-star Gina Kirschenheiter.

In a very confusing turn of events, Tamra claimed that Jen told her she was not going to jail despite her guilty plea.

“It was a bit crazy. Said she’s not going to jail and it’s all good,” Tamra told Access Hollywood via Heavy. “She ain’t going no where she said.”

The RHOC star then went on to say that Jen even tried to “crash” a Watch What Happens Live taping during BravoCon in an attempt to garner attention and share her “news” with the world, but she ultimately failed due to “too much security.” Tamra did add, however, that Jen was a “good time.”

Good time or not, Jen seemingly has since refuted Tamra’s claims and responded via Twitter, saying that she didn’t “crash” anyone’s hotel room and that she’s getting paid for BravoCon.

“Anyone believing I crashed anyones party needs a reality check, I am the party, Also I’m getting paid for Bravocon, stop worrying about where I’m at. If I wasn’t at your event, party or panel then it wasn’t worth my time. Thank you for keeping my name in your mouth and trending,” Jen wrote.