Home Real Housewives Of Salt Lake City News RHOSLC Recap: Heather Calls Whitney a Liar Over Lisa Rumors and Accuses Her of Making Trip About Herself as Jen Prepares for Fraud Trial

RHOSLC Recap: Heather Calls Whitney a Liar Over Lisa Rumors and Accuses Her of Making Trip About Herself as Jen Prepares for Fraud Trial 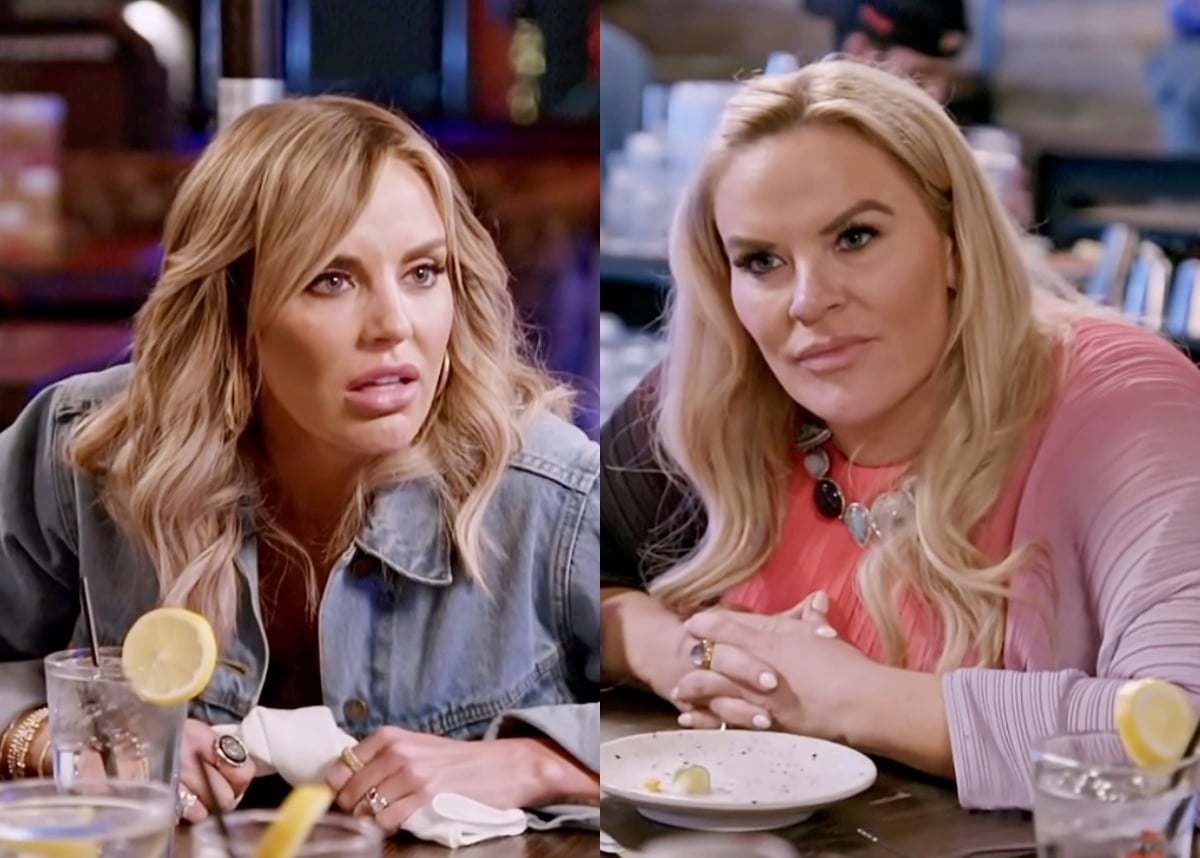 Bad Weather (thanks for the killer nickname, Lisa!) is at it again. On this episode of The Real Housewives Of Salt Lake City, third cousins are torn apart, and the reality of Jen’s upcoming trial is looming. I don’t know what’s sadder — the uneaten steaks on the night of Heather and Whitney’s blow-up or the possibility of no longer seeing the Shah-mazing queen on our screens…

Whitney hyperventilates while trying to tell Meredith that everyone just uses her for what they want. The abuse has never allowed Whitney to stand up for herself and set boundaries, but a new Whitney is here. She wonders if Heather really cares about her.

Heather returns to the table, and a very drunk Whitney slurs that Angie could fact-check the story. Heather angrily yells that she doesn’t care who screws who and reminds the women that the purpose of this trip was to have a good time with Jen, who BTW is facing JAILTIME.

As the fight escalates, Heather pushes Whitney aside and states, “You just lost me forever. You lost me, b*tch.” Lisa finds Heather seething in her room and thanks her for being her friend. Heather tells Lisa that she has never had a conversation about anything that has to do with Lisa’s marriage… which may or may not be true, but I digress.

Lisa is too shook to continue the night, and she heads to bed — as does Whitney, who can barely stand thanks to the booze. That doesn’t stop the party, though. Jen’s makeup artist, Crystal P*ssy, comes out, and she also happens to be a twerking instructor. Who knew? And where has she been this whole evening?? Meredith’s outfit is not quite made to “twerk,” and it’s clear we should just leave the twerking to the teacher.

The next morning, Heather is literally picking up the pieces from the night before — and the pieces from a note. Late at night, Whitney drunkenly ripped up Heather’s friendship note. Heather puts it together and then goes out for some coffee with Meredith.

Whitney feels awful the next morning (and probably cuz she has a terrible hangover). She feels betrayed by Heather, even though Heather promises to Meredith that she would never “even speak ill of her.”

Whitney is looking forward to seeing her half-brother, Curtis, and half-sister, Kelli, because they, too, know and understand what Whitney is going through regarding the abuse. Whitney is hopeful she can find some peace by meeting with them, and she is greeted quite literally with open arms. Whitney explains that she shares the same father as Curtis and Kelli, and you can totally see the resemblance between them.

Whitney talks about her healing journey and how she was manipulated, used, and abused. The traumas among the family are all different, but they have all been let down by people they should have been able to trust. Her half-brother tells Whitney to deal with it but move on. It’s time to let go since this is no “longer serving” her.

Back at the house, the tension is still thick between Lisa and Meredith. Lisa is unsure about Meredith’s role in all of the rumors, but “after having a burrito and some Kit Kats,” she was able to realize they have to put everything aside and focus on Jen. God, I love Lisa.

Jen is prepping for her trip to NY for another mock trial. She shares that this will be the first time she gets to hear the defensive side of the trial and tells the ladies she was even told she could not get Botox. Her face needs to move during the trial to show the tears! Jen states that they are a month away from the real trial, and she talks about how being next to Omar, her son, calms her down. Too bad we all know that there was no need for all this mock trial business considering her recent guilty plea!

Whitney returns and makes it clear she wants nothing to do with Heather, so she turns all of her attention on Jen, as do all of the ladies. Everyone is starting to see Jen crack, and no one knows what her future may truly bring. They all rally together to help her pack and cheer her on as she heads off to face the “mock” music. Something magical happens when Jen leaves: an emotional Meredith and Lisa hug it out. Meredith shares that Jen’s situation brings things into perspective.

The remaining women later head out to dinner, and they toast to love, peace, friendship, and honesty. Things between Heather and Whitney are still not good, and Whitney promises to go there, even though Heather wishes to sweep this under the rug.

When Heather runs to the bathroom, Meredith checks in with Whitney. Whitney claims she was shocked and she “needed her in that moment,” and the fact that Heather called Whitney a liar crushed her. Heather should know what Whitney’s going through, so she should be sensitive to all of that.

Whitney does not appreciate Heather using Jen as a scapegoat, but Heather isn’t backing down. She reminds Whitney that she made this weekend all about *her,* but Whitney sees it more as a huge blow. After a pep talk from Meredith, Whitney explains that her pain comes from no one ever listening to her, and she needed Heather to “validate that she was speaking the truth.” Heather wonders how Whitney is a “truth seeker” if she enters her room and rips up notes, and then Heather goes low.

In an anger-driven moment, Heather yells out, “On a trip to celebrate our friend who is facing real problems and real issues,” Whitney goes and makes things about herself.  Ooph. Heather is being incredibly insensitive to Whitney right now, especially considering all she is going through. Heather continues to say that Whitney derailed the Jen trip. Heather tells Whitney that she only talks about feelings, and she wonders why they can’t just have a fun, easy dinner.

After dinner, Meredith gives out gifts to the ladies: FBI hats, which are a nod to Meredith, the agent, last season. They begin to talk about Jen and her strength, and they wonder what a good outcome could be for her. Heather believes that at times Jen seems terrified, but she compartmentalizes her emotions because she doesn’t know how to talk about it.

In terms of the trial, it’s bad that she is the last one left to go. Jen is the “big fish” it seems, and Meredith explains that Stuart pleaded guilty to additional charges. According to Meredith, she believes that Stuart is not on Jen’s side in this situation. Seems crazy that he could testify against Jen and have him plead guilty to things that she is innocent of. Statistically, Jen’s case does not look good… a conviction looks imminent…