RHOP Recap: Ashley’s Split is Leaked to the Press and Robyn Leaves Wendy Out of Family Fun Day 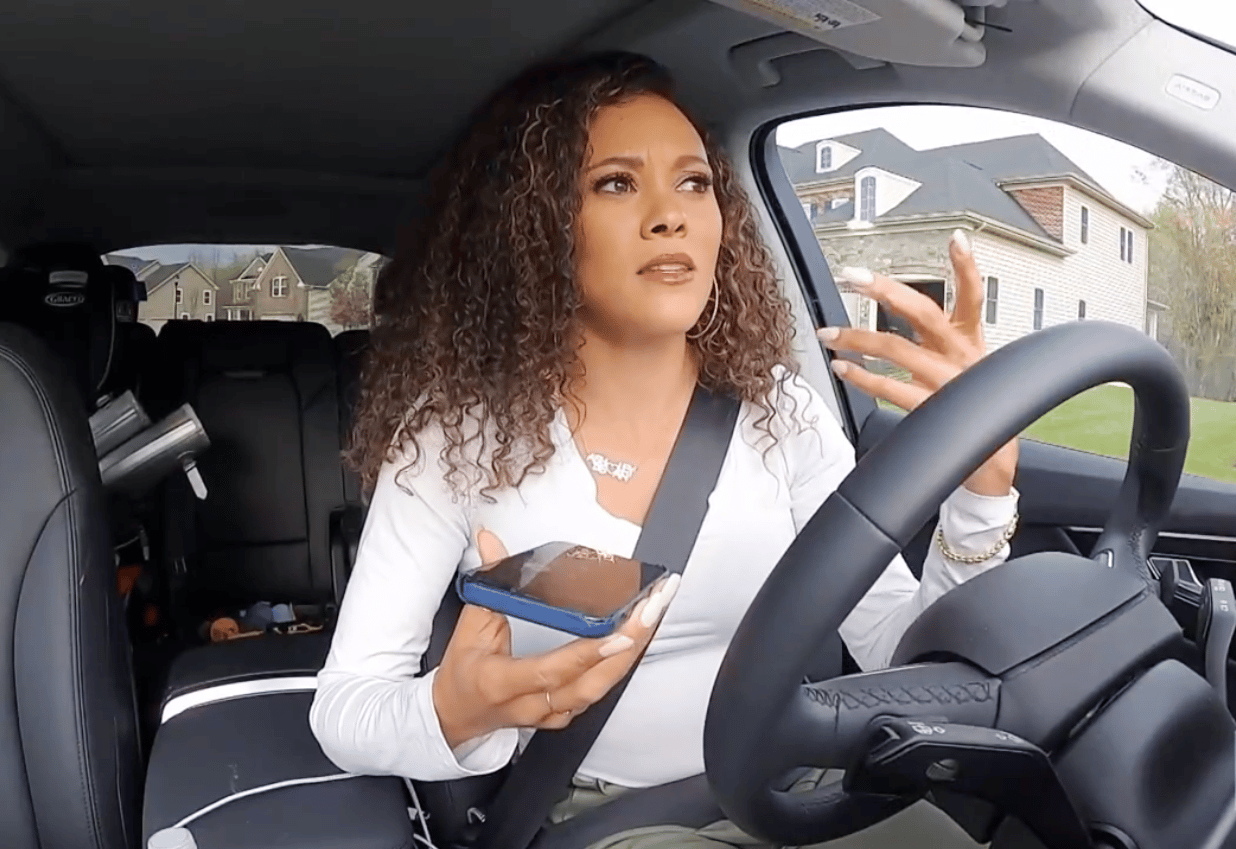 How will our Real Housewives of Potomac recover after some cracks in their relationships? This episode is called “Not All Fun and Games,” and that is an understatement! I am going for a participation trophy so please join me in watching!

Let us first talk taglines. Gizelle is still reminding us that she is pretty and petty. Thank goodness she has put to rest the word on the street nonsense. Ashley wants us to know we are in for a plot twist this season. I think she is getting rid of the twisted part this season! Robyn will finally be on time — when it comes to the truth. Candiace has clean vocals, but her reads are filthy. Hmm, good one since she can get down and dirty. Mia has memory issues but promises we will never forget her — I already forgot her. Wendy is a self-proclaimed queen but has no time for mean — she still has zero self-awareness. Karen is like a three-wick candle burning slowly and will never waiver — my Potomac Queen will never change…

Wendy and Eddie take their kids out for the boys’ football practice. She shares with Eddie that she met with Peter, and you can see that this makes Eddie wary. Wendy lets him know that Peter wants to open another restaurant but needs 1.6 million dollars. She tells him that they need to contribute $300k to be a part-owner and that is her staying within her bandwidth. Eddie wants to know why she is going this route after her candle line has literally melted when she has a lot on her plate. He wants to know at what cost this would be to their family, and especially his wallet! Eddie thinks she has enough going on, and so do I. Wendy has young children, and doesn’t she already have three jobs?!?

Wendy brags that she had all the moves at Ashley’s TikTok dance class and production shadily shows otherwise. She lets Eddie know about her tiff with Robyn. Wendy shares that everyone’s kids were invited to the family fun party but theirs. She does not like that Robyn is isolating her kids. Wendy then tells Eddie that Chris is being targeted this season. Eddie cannot believe that Chris is in the hot seat after he has entertained this crew with his cooking.

Robyn and Juan are practicing outside for their game day party. She pretends that she does not have anything against Wendy or her kids. They do potato sack races, and Robyn looks more like a giant lump in her sack. Robyn concludes that it is best not to invite Wendy. She decides it is a good idea to have Candiace bring Wendy’s kids to the family fun day and play auntie for the day. Sure, Wendy is going to agree to have Candiace bring her three kids to an event she is not invited to. Robyn shares with Juan what is going on with Chris and Gizelle. Juan surprisingly thinks Chris should accept responsibility and apologize to Gizelle. I cannot believe that he thinks this when he never seems to own up to his misdeeds in their relationship. Robyn calls Candiace and asks her to invite Wendy’s kids to the party.

Karen is busy cleaning all the “dirty bird chicken” out of her fridge, and she wants it out of her body. I would starve to death if I had to do that! Rayvin calls and she looks fantastic, and we see that she has been on the red carpet at the Met Gala. Karen tells her that Ray is concerned that Rayvin may be getting the wrong message with Karen getting these nips and tucks. Rayvin seems unaffected by this, but I want to know how she scored tickets to the Met Gala!

Ashley gets a visit from her publicist, and she has been in the trenches with her. She needs to give her combat pay and counseling for having to see Michael’s, ahem, pictorials. Ashley reads their statement, and production shows a glimpse of their topsy-turvy relationship. OMG, these clips of Michael are beyond creepy, and I am relieved the boogeyman will no longer be on our screens.

We arrive at the family fun day, and Robyn is setting up for it. Gizelle is bringing her daughter Grace, and she looks like she got the short sister-stick that day. Mia and Gordon are on the way with their little ones. She admits she had positive women in her life even though her mom was not supportive. Mia has now recognized that her mom’s maturity level has stalled because of her drug use. She is again using her recovering mom as a storyline this season,  and I find it unsettling. Gordon wants to know if Mia and Candiace are talking yet, and we see clips where the only sound from these two is coming from the crickets.

Mia is not really impressed with how Robyn has put this together. I’m not either. Juan could not come since he had a root canal and does not want to be hassled. Side note: Michael is available now and Juan is out of commission. Is Michael helping him out by tugging Juan’s root out of his canal? Remember their bromance, and sorry for the visual, but I could not help myself!

Karen arrives, and she does not look so happy to be there. She finds Robyn to be immature by not inviting Wendy. Jacqueline comes with her parenting partner (pp), and I do not know about you all, but she comes across as rather parched. In her ITM, Wendy says she did not allow her kids to come to something when their mom is not invited. She is 100% right on that one.

Robyn has no awards and no structure  — just like her life. Karen starts having a coughing attack when she sees Charrisse arrive. Mia looks ridiculous with her booty playing “peek a booty” out of her potato sack. Karen is having trouble breathing since she has a respiratory infection, and you can clearly see she is desperate to get out of there when she asks Gordon to escort her to her car. Don’t let him hug you — your breasts will get pushed back to your backbone, Karen!

Candiace arrives, and she is totally ignoring Gizelle and the tension is palpable. She tells Charrisse that some people are desperate for attention and will make up heinous lies. Candiace is right about that, and you can see it is going to be a bumpy season with these two.

Ashley mentions that Michael is having a vasectomy because he thinks she is trying to get pregnant again. She needs to stop talking about his bony member. In her ITM, Ashley admits it makes her sad that she cannot have more kids with Skeletor Michael. She mentions that Michael has been wanting threesomes and that was her breaking point. Ashley is no longer into their alternative lifestyle since she is a mom now. Candiace then tells Ashley that she feels like she has failed at IVF. She does not want Ashley to be doing any Voodoo on her when she offers to put an affirmation in her book!

We then are 14 hours later, and we see the news break that Ashley and Michael have separated. Ashley cannot imagine who would have leaked it to a blog since there are few in their inner circle. She is being absurd right now with this crap since she has been talking about it with this group, and they would love to give an exclusive about the word on the streets. Gizelle, I am looking at you!

Ashley chats with her publicist and has been trying to reach Michael, but he is blocking her calls. She thought she could get ahead of this but knew this could be tricky. Ashley thinks she cannot reach Michael since he is on a plane to Vegas. She has sent him texts and they have not been delivered. This announcement is demonizing Michael, and she knows he will be irate over this. Ashley claims that she did not want that, but she must feel some vindication after Michael has humiliated her on several occasions.

Ashley decides then to release the statement that they had prepared to release the following week. She is not going to wait on Michael’s approval and wants to nip this bad press in the bud now. Time will tell on that one…

Next week, Robyn is inquiring if infidelity can affect a prenup. Karen and Ray’s relationship is up for discussion and if Karen has been faithful. Happy Halloween 🎃, Blurbers, and enjoy your spooky evening tonight!