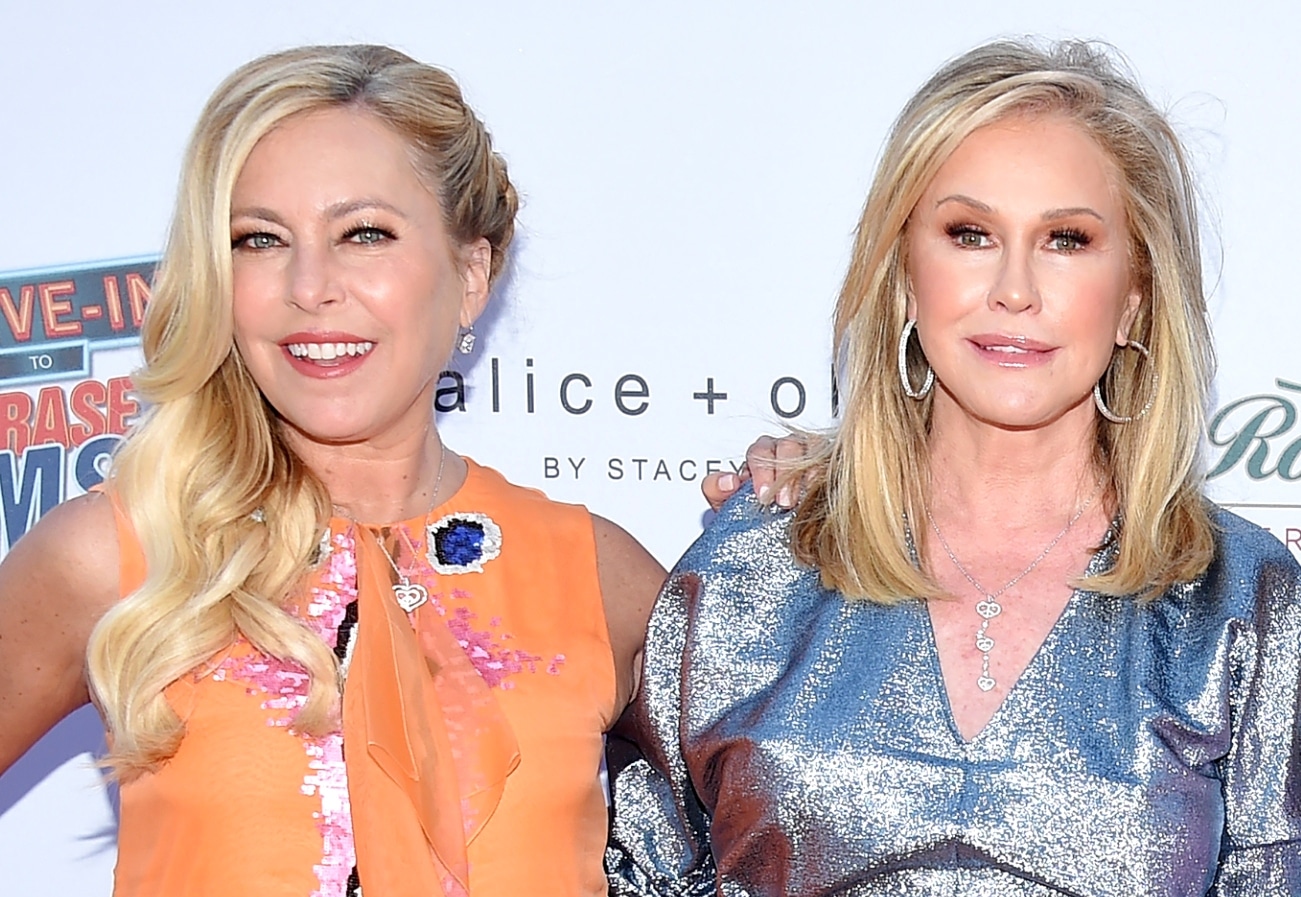 The Real Housewives of Beverly Hills’ resident Georgia transplant Sutton Stracke is revealing that she tried to impart some southern grace and advice to castmate Kathy Hilton before entering the contentious season 12 reunion. Too bad Kathy wasn’t sipping on that sweet tea.

In a new interview, Sutton shares the advice she gave Kathy ahead of the reunion taping.

“I had spoken to Kathy before the reunion and I said, ‘Okay, just don’t be defensive when you come in,’” Sutton told Page Six’s Virtual RealiTea podcast via Heavy.

Referencing Kathy’s explosive and bold blowout with Lisa Rinna, Sutton recalled that all that advice went in one ear and out the other as she sat on the RHOBH reunion sofa.

“I hadn’t spoken to her for a couple of days and the next thing I know, it was like, ‘Oh gosh, well she didn’t take my advice. Here she goes.’ But you know, Kathy’s going to be Kathy,” the Sutton Boutique owner said.

Kathy’s reunion appearance has been positively praised by RHOBH fans, who applauded Kathy for standing up to Lisa and holding her own amongst the ladies, including her sister, Kyle Richards. In fact, she was looking forward to confronting the women.

“I was like so excited I could not wait, I couldn’t wait, all the other girls, you know, most of them were like ‘oh I’m nervous, I don’t want to do this,’ whatever, they dread it. I could not wait,” Kathy eagerly admitted during an October 2022 BravoCon Panel.

Kathy desperately wanted to address the alleged “set up” by Lisa, the “biggest bully in Hollywood,” and Erika Jayne to take her down.

“I had people from the show telling me that this was a setup this entire time by these two girls. And by the way, if people are really worried about me why wouldn’t they call Kyle, my husband, production when Lisa said I had a break. But she decides to call the media, the press, her little go-to people, and Erika,” Kathy told TMZ back in October.

The only issue she was worried about regarding the reunion was the amount of time she had to address all her issues. And let’s be honest, she had a lot to get off her chest.

“When you are talking your truth and you finally get to say what happened. Because as you know with these shows, they’re an hour long, commercial time, so what is left 45 minutes? And eight women. And I’m not one of the stars, so I’m just a friend, so I have the least amount [of time] to [speak],”

As Kathy’s (and all the cast’s) fates hang in the air ahead of season 13, younger sister Kyle believes that Kathy is too “well-liked” (especially after her reunion performance), and if her “friends” on the cast were to go against her, fans will “hate” them.

“I think all of them were like ‘well, if we say Kathy did this or was not nice to Kyle then people will hate us because they like [Hilton] and are mad at Kyle right now,’ so I see through all that,” explained the Halloween Ends actress on the Two Ts in a Pod podcast.

Bravo has put season 13 of The Real Housewives of Beverly Hills “on pause” momentarily, and filming is set to begin no earlier than 2023 in order to “take a break” from dark season 12.