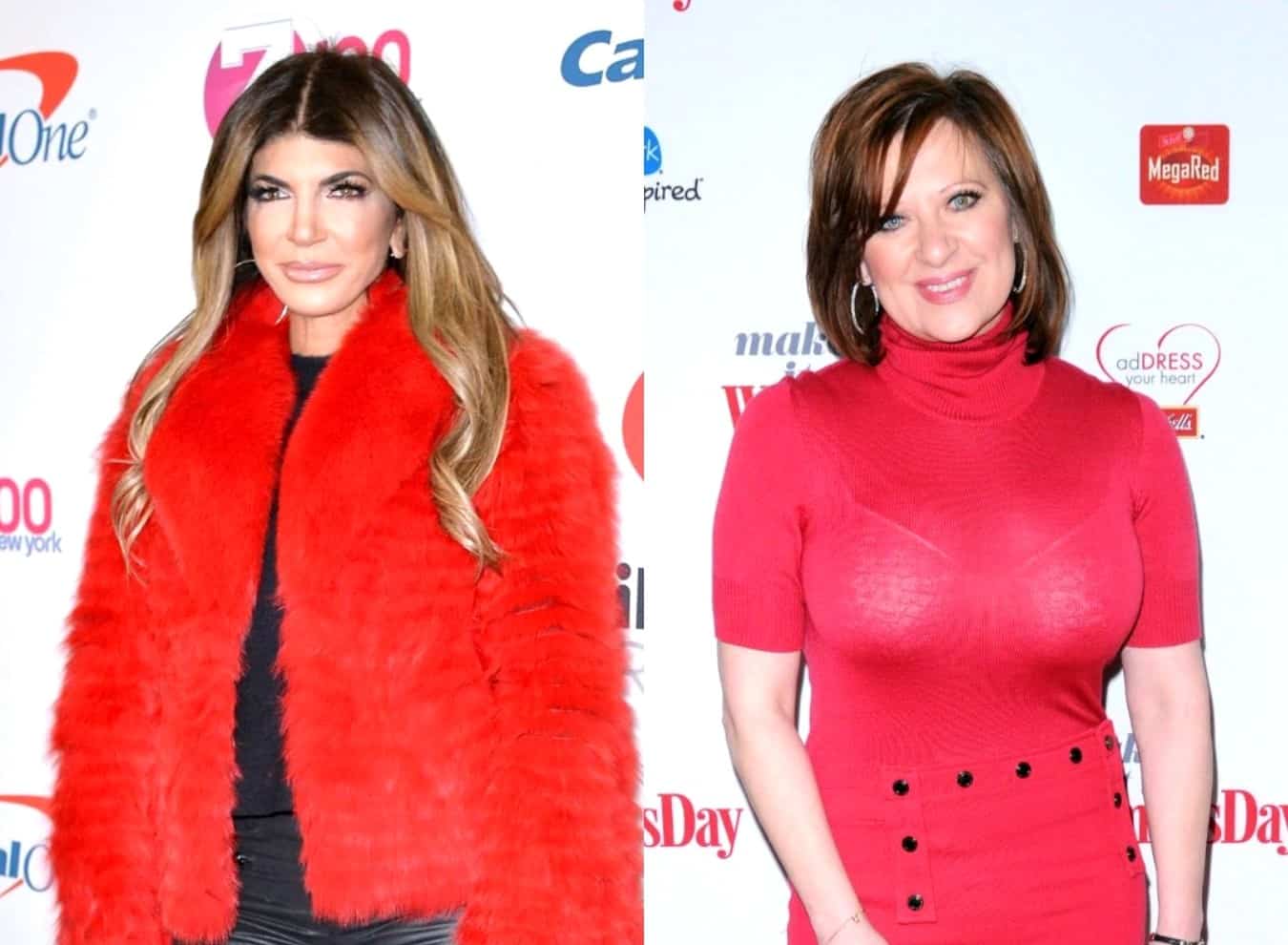 On The Real Housewives of New Jersey, blood is never thicker than water. For a decade, Teresa Giudice has clashed with her brother Joe Gorga and sister-in-law Melissa Gorga. Their drama erupted after Joe and Melissa allegedly went behind Teresa’s back to secure a position on the show.

Initially, the show’s drama was centered on a different family: The Manzos. During the first two seasons, sisters Caroline and Dina Manzo ruled the cast alongside sister-in-law Jacqueline Laurita. Although the Jersey family eventually fractured into feuds, the details behind their drama remained a mystery as the sisters refused to disclose it publicly.

On her Namaste B$tches podcast via PodcastOne, Teresa complimented Caroline (her longtime nemesis) as well as Dina (her BFF) and Jacqueline (her former BFF).

“They never aired their dirty laundry out there,” said Teresa of the three former castmates. “Like I know stuff, of course, behind the scene[s].”

She went on to say, “That’s why… I like, I knew what was going on. And I was like… Look, they never aired their dirty laundry on national TV. You see, so for everybody to know that. They kept it private.”

“And I have to say,” she added. “I compliment them for that.”

Teresa indicated that her own “family” isn’t nearly so private. She also claimed that “before this whole fame thing,” her family had “none of this,” perhaps alluding to their dirty laundry.

According to Teresa, viewers don’t know what her family was like growing up, and she discussed how she and her brother were like “best friends,” and other people were “jealous” of their sibling relationship.

“We used to always have each other’s backs,” she shared. “It was like not even a question.”

Teresa wished fans could see that history and not the “disgrace that’s been playing out for over 10 years.” The 50-year-old continued, “[It’s] not something I’m proud of, and it’s not something I signed up for.”

The star claimed that, if the roles were reversed, she would’ve “never ever went behind [Joe’s] back and try to get on his TV show… and cause what happened.”

“It’s just not how I roll,” said Teresa.