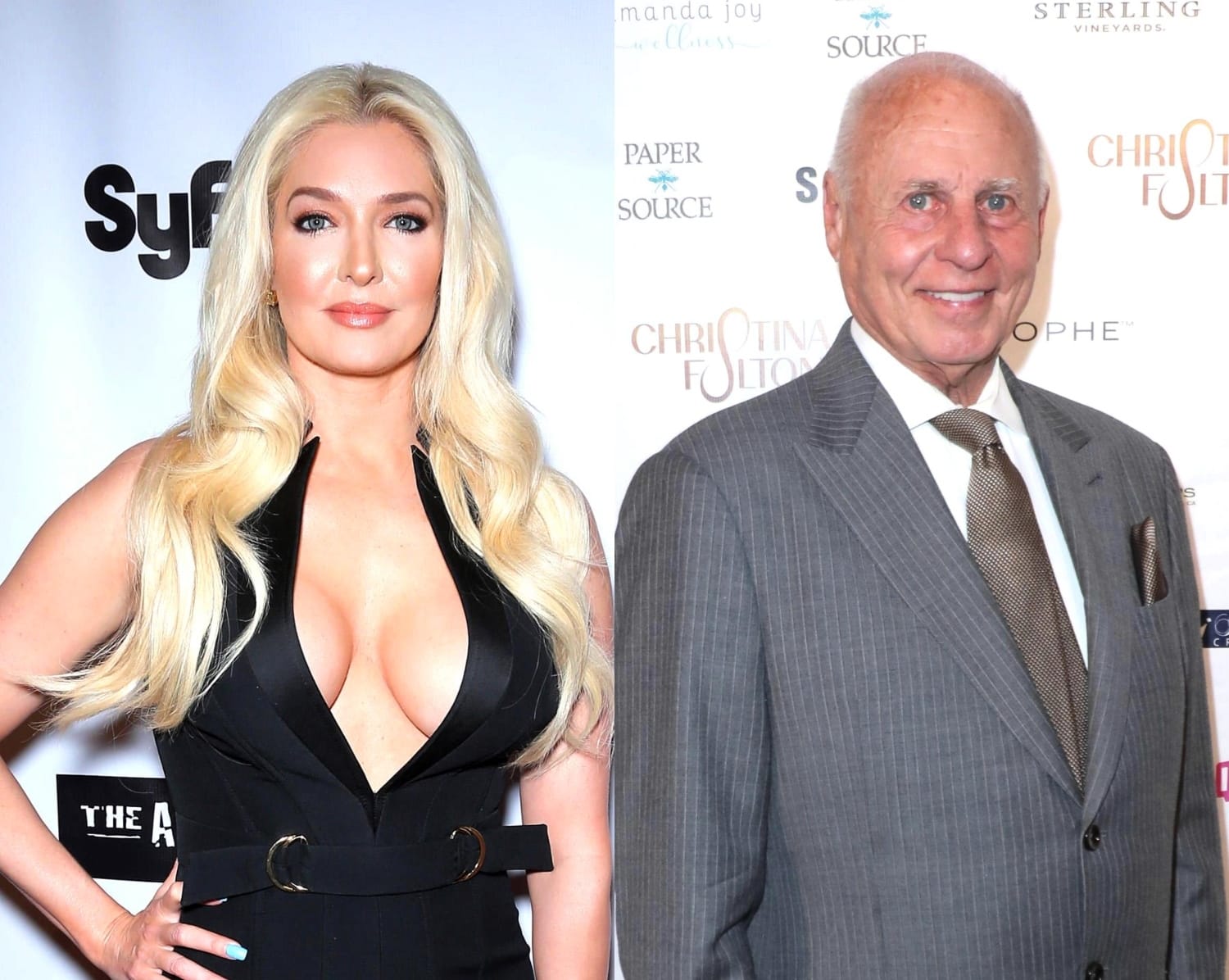 On Thursday, November 10, The Los Angeles Times reported that Christopher Kamon, the former CFO of Tom Girardi’s law firm, was arrested on charges of wire fraud. Prosecutors claimed the man embezzled $10 million and used part of the funds to shower an escort with gifts and a monthly stipend.

Christopher was also accused of fleeing to the Bahamas when he learned his alleged co-schemers were being questioned by investigators. Tom Girardi’s estranged wife, Erika Jayne, from the Real Housewives of Beverly Hills, recently reacted to the news.

After the L.A. Times article was published, Erika shared it on Twitter, providing a link to the site.

She also liked a series of posts, which perhaps gives insight into her own thoughts on the case.

“Are we really surprised? I’ll bet we see much more NOT pointing to Erika,” wrote @dodgal, which was liked by Erika. “Hang in there Erika, you’re doing great. This too shall pass.”

Erika also liked a comment that read, “And yet you were still the one everyone thought we should’ve been focusing on.”

“Wow!! Talk about vindicated finally!” wrote @egsnchz in another tweet liked by the star.

In a different post Erika liked, a fan wrote, “Yes queen you better clear your name!”

“I saw this article earlier…first thought… more proof that you are innocent. Keep holding your head high,” said the fan, which was liked by Erika. “Been seeing a lot about the case lately. Mostly same old boring s’it.” 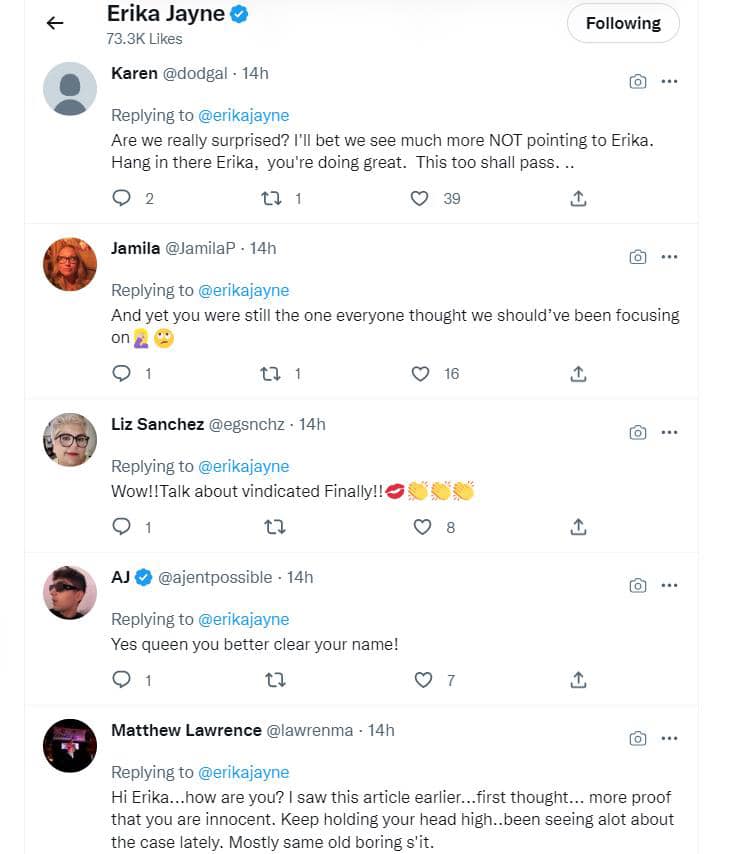 However, most of the responses to Erika’s Twitter post were negative. Many fans pointed out Tom’s likely involvement and reminded Erika about the Bankruptcy Trustee’s claim that $25 million from Tom’s law firm was allegedly transferred to her.

“But you benefited and still no remorse!” wrote one Twitter user.

But you benefited and still no remorse!

“Sound like a major criminal operation with Tom still very much involved. Did you bother to read the article?” questioned another person.

Sound like a major criminal operation with Tom still very much involved. Did you bother to read the article?

“Your day is coming too,” another fan predicted.

Your day is coming too.

Below are more tweets.

So what are you trying to say , that Tom had no idea ? That’s funny ! We all saw the documentary, He purposely brushed off his clients when they asked for their money.

On her Instagram, Erika shared the headline of the same article and wrote in the caption, “This s**t gets crazier and crazier. Wow.”

In a past Hulu documentary, Erika’s alleged involvement in Girardi Keese’s misconduct was speculated on. After the film’s release, Andy Cohen pointed out that two ‘expert’ witnesses were ex-Housewives who already had beef with Erika.

One of the ‘experts’ was Dana Wilkey, who once bragged about owning “25,000” dollar sunglasses. Some fans believe the documentary painted Erika in a negative light to attract more buzz around the movie.

In August, a judge ruled there was no evidence that Erika knew about her husband’s alleged crimes.