Home Real Housewives Of Salt Lake City News RHOSLC Recap: Jen is Accused of Being a Bully, and Heather Dismisses Whitney Amid Confrontation With Lisa

RHOSLC Recap: Jen is Accused of Being a Bully, and Heather Dismisses Whitney Amid Confrontation With Lisa 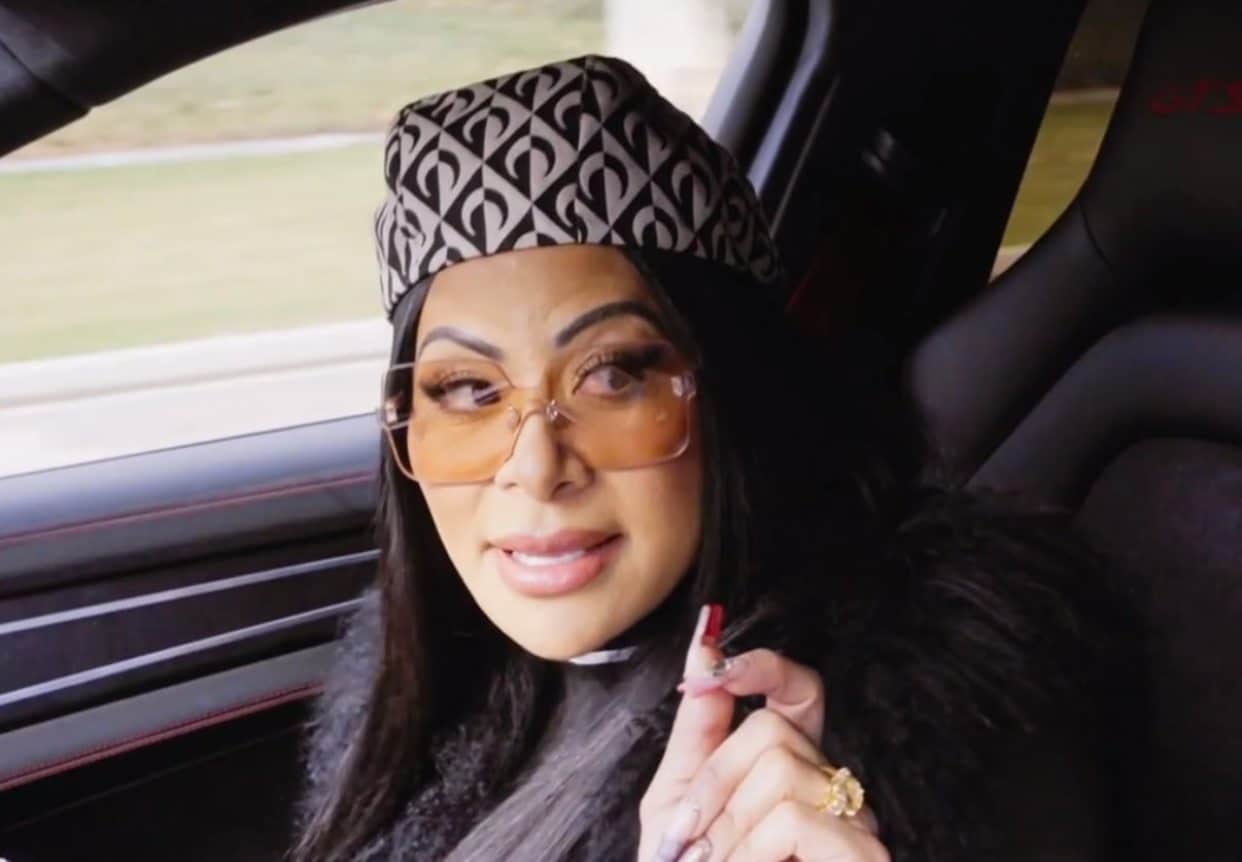 This episode of The Real Housewives of Salt Lake City is chaotic and messy and absolutely all over the place. It may pay to have all of the issues mapped out since it’s getting hard to keep track of who is mad at who, especially when you mix in a choir rehearsal and some newbies with the same name…

Lisa is hoping to ease back into scripture and bible study. She wants to get back to her spiritual side and is feeling guilty that she didn’t focus on religion enough with her sons. Perhaps Heather’s choir is just what she needs to start the connection again?

Whitney, Jen, and Lisa all meet for a ski afternoon. Remember, Lisa and Jen are the farthest thing from professionals, but Whitney is hoping that by throwing these ladies into the wild, they will simply figure out how to ski. After a few spills, they chat about Heather’s choir. Whitney shares that although she made the cut, Heather actually escorted her out of the house during an argument… should make for some awkward rehearsals. Yes, Whitney defending Lisa is a bit surprising, but so is Heather’s reaction to Whitney. No one can figure out what is going on with Heather. Jen points out that, “Whenever we are in a group setting,” Heather changes her tune. Whitney is tired of chasing Heather down and wants to break that pattern. Jen wants to let Heather know outright that she is not okay and that things need to change.

Coach is hosting a barbeque and it’s a “no wife zone” — aka a good excuse to get all the guys together and try to figure out what exactly is going on. John believes that there are a lot of things to straighten out between the men since the women are at odds… always. The tension is thick between Seth and John, so Seth asks to talk privately with John. Seth is having a hard time articulating how to move forward after “a friend went crazy” on his wife. Seth asks John how he would feel if Meredith called Lisa a “garbage whore,” and to that, John reminds Seth that Meredith brought up cheating rumors about Lisa. Seems like they are even?? John lets Seth know he values his friendship, and they hug it out, making it appear as though things are smoothed over.

After that, we get to hear how Coach is doing. He believes that “God never makes mistakes” (sooo, he is tired of Jen??), but that doesn’t mean that some days he doesn’t cry and feel helpless. From there, Justin lets the men know his life changed this week too. He “parted ways” with a company after seven years (LOL), and it’s a nice moment of bonding for the men… if the show was called The Real Husbands of Salt Lake City…

Meredith has her sister, Myra, and her niece and nephew, Alex, visiting. Meredith explains that now she is back in a great place with her sister, and they are super excited about their upcoming event. Myra explains that this is a celebration of where her son, Alex, has come with his life. Alex has battled mental health and addiction issues, and last winter he drank a bottle of bleach. Myra explains that he has grown so much and that he is now on the other side of the darkness. The event they are holding is near and dear to their hearts, and so the guest list should be carefully selected in order to make it stay POSITIVE. Meredith lets her sister know that there’s a whole lot of drama going on within the group — none of which she needs to be dealing with.

It’s the first rehearsal for Heather’s choir. Kinda having a hard time listening to Heather talk about this safe space through music with her friends, considering everyone’s fighting like crazy right now. Jen gets picked up by Angie K., and the ladies catch up on the way there. Things have been awkward between Jen and Heather. According to Jen, Heather cannot say she is Jen’s ride-or-die but then not stick up for her. Jen is still not over Heather not standing up to Angie K. and the Finsta…

Angie K. shares that Danna wanted to know why “Jen was bullying Angie” at the auditions, and that of course sets Jen off. Jen ponders how SHE could be bullying Angie H. when Angie’s husband created Shahxposed!! Interesting how Angie K. didn’t stop Danna while she was sh*t talking then and there… instead, she chose to simply use that information to stir the pot. She understands the assignment.

Seems like all 10 people who were in line for the “auditions” made the cut for Heather’s choir. Heather is stoked to see that Whitney showed up, especially after the way Heather kicked Whitney out of her house AND after Whitney left the Mormon church, yet she still showed up to sing hymns for Heather.

Jen is seething over Angie H. at this rehearsal, but she is happy “Danna banana” will not be coming. This is, however, the most mish-moshed group of people ever. We’ve got the housewives, the friends of, and then the randos, including the dude with the ’70s facial hair. During the warmups, Lisa talks with Heather, and Heather wonders why Lisa would take such a sensitive topic about her father’s death and tweet about it. The fact that they are attempting to have this “serious” conversation in the midst of the humming choir is hilarious. It is chaotic and messy, just like their relationship. Lisa is more concerned about protecting her character, but then she straight up asks Heather if she likes her.

Heather reminds Lisa that Lisa created the space where they were not good. She also suggests that they start from ground zero. Lisa can’t seem to start over, considering the rumors that have been flying about. Lisa makes it clear that Whitney was adamant that Heather heard the rumors, too.

Whitney gets called over and states that Heather purposely doesn’t remember hearing the rumors OR conveniently doesn’t remember. Seems like Heather might have a memory loss issue. Whitney wants to know how Heather could forget that they were in a fight, and Heather claims she doesn’t care that Whitney is friends with Lisa. Whitney is annoyed that Heather walks away and dismisses her once again. She realizes that she is done with Heather after being shut down time and time again.

There’s a bizarre side convo happening with Angie H. and Jen simultaneously. Angie calls Jen a “casualty” in the Finsta situation, and then she agrees to have her husband apologize in public, just like Coach suggested.

Later, Danna catches up with Meredith. We learn that Danna has little kids, and Meredith is excited to explore the new friendships that she is making now that she has shed the toxicity. In the meantime, Jen is hanging out with Angie K. for a pool day. Jen claims she is in need of a real “turn up” vacation, and since she cannot go out of the country, Angie K. has volunteered her friend’s house in San Diego.

Jen and Angie begin their invites with Meredith. They are excited to share the guest list, but when Meredith shows Danna is with her, Jen sees red. She lets Danna know that she would have been invited, but she is p*ssed that Danna called her a bully. Danna doesn’t back down, and that sets Jen off. Jen refuses to sit there and “be bullied,” and she flies off the handle, leaving Angie alone in the pool. So, we can all agree this girls’ trip is a GREAT idea, right?!